The measure of a town

Bellingham is a bookish town. The plentiful new and used bookstores which we spotted as soon as we arrived on a scouting trip were in no small part the reason we decided to put down roots here.
There are bookstores which were far more seminal to our choice of Bellingham as home, but today I’m talking about one which we didn’t really discover until we had been here some time. 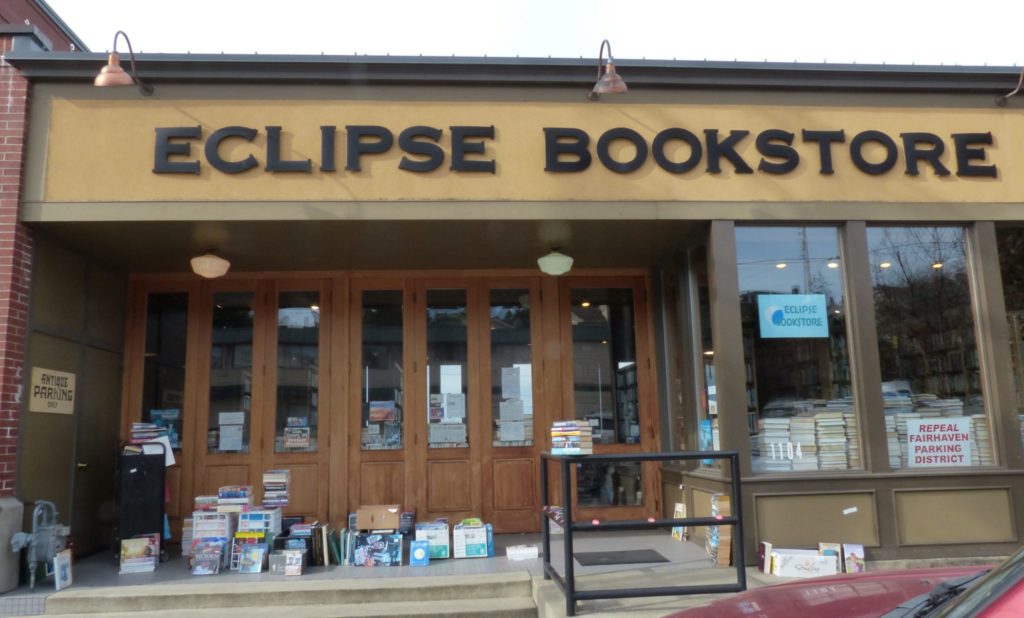 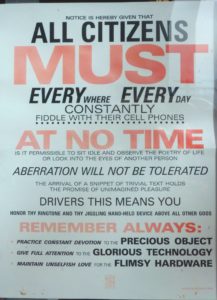 Eclipse, a two-story book cave, is a second-hand bookstore in nearby Fairhaven. There’s something almost organic about the place, with books on all the walls, books stuffed on shelves arranged tightly in the midst of both floors, books rising like stalagmites from the floor in unsteady mounds, or stacked in rich and muddled towers on tables or counters wherever there is a bit of empty horizontal space. Books perch in a precarious pile on a corner of a railing outside the store.

This isn’t the kind of place that gets steady foot 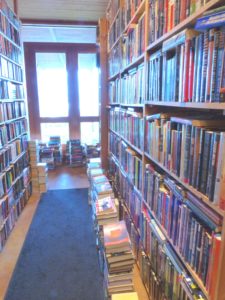 traffic – but there’s always someone here. People know about this store. Its name might mean an occlusion, but behind an eclipse is the light of a star, and these books SHINE. I don’t get there nearly often enough. I should go back far more frequently. It’s just that every time I GO there I end up carting home some more of its treasures, and my own shelves are groaning with words. Still…
Eclipse. Wonderful bookstore. Worth a visit, and getting lost in.
~~~~~

Long long ago in a country far far away I went to school in a castle. 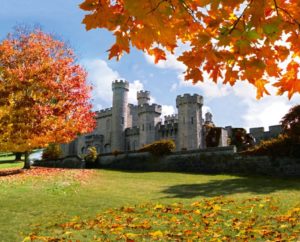 The school was located in Bodelwyddan Castle, in Wales, and I went there for a year back in the last century. While I was there I had thought the only ‘dangerous’ thing in its green fields was sheep poop.
But it seems that there was more – like live bullets…  grenades… Good grief.
The Daily Post has reported that a live bullet and remains of a grenade were found on the grounds during an excavations to create replica World War I style trenches as part of a tourist attraction.
The idea of ‘training trenches’ makes my hackles rise. Oh GOD that war. That stupid, pointless, pitiless war. I mean, yes, all wars are stupid, pointless, pitiless, but WWI was a particularly evil incarnation. If there is anything to the reincarnation theory of existence I may well have been some poor sod who bought it in those trenches. My reaction to WWI is visceral and gut-wrenching.
And the idea that those tranquil Welsh fields where I once went to school were once dug up to train cannon fodder young men how to die in Flanders almost makes me physically ill.
They want this… for a TOURIST ATTRACTION? I’d run a mile in the opposite direction, myself. That, or fall on my knees in those trenches and weep all the tears I ever carried inside me.
Read the whole story by Gareth Hughes at the Daily Post website HERE

When Nathalia Holt stumbled upon the story of one of NASA’s first female employees, she was stunned to realize that there was a trove of women’s stories from the early days of NASA that had been lost to history. Holt was ultimately able to find a group of women whose work in rocket science dates back to before NASA even existed and wrote about them in “Rise of the Rocket Girls“. 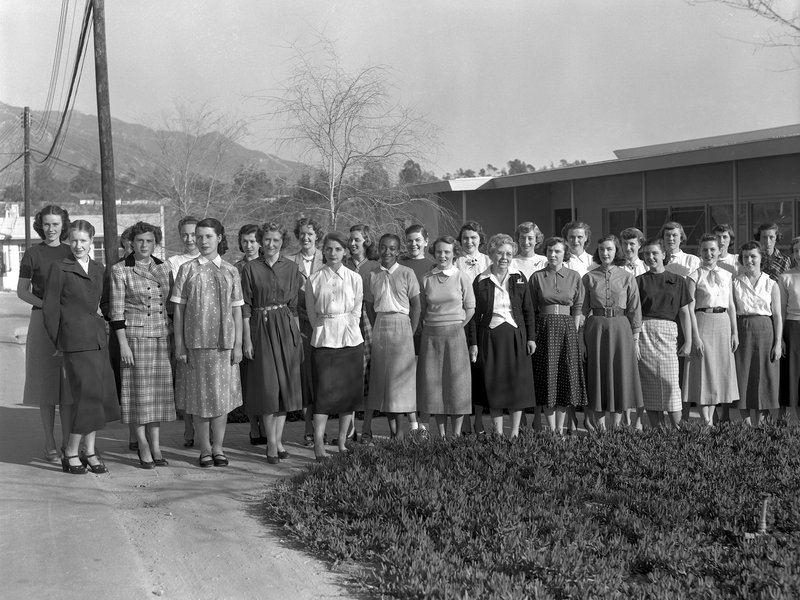 The women “computers” pose for a group photo in 1953. (Courtesy NASA/JPL-Caltech)

Quote of the DayI 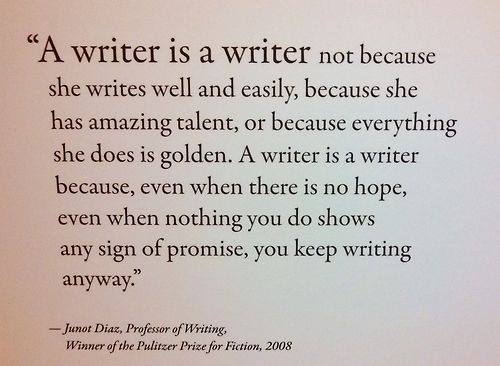 Amen. Writing is not a choice.

~~~~~
About me    My books    Email me    Get My Newsletter
If you found this blog post interesting, amusing or helpful, then please use the icons below to share it with other writers, readers or the guy next to you on the subway.