One of the formative reading experiences of any child of my background and culture is the book “The Bridge on the Drina” by Ivo Andric. 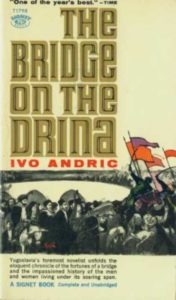 It was a seminal work of historical fiction which goes to the heart of the formation of the melting pot that became a country called Yugoslavia in which I was born.  Andric won a Nobel Prize for Literature, for that and other works – but to most of the world it was a just a good book. To those of us who read it from the inside, it was searing. It was a reminder of a long and bloody history whose tentacles reach right to the present day and still pack a poisoned punch.

Many many years after Andric wrote his book, I co-authored a novel with the man I subsequently married called “Letters from the Fire”, whose subject matter was yet another war fought on that embattled piece of land that was once my country. Amelia Batistich, a New Zealand writer of some note and of Croatian ancestry, phoned me shortly after it was published to thank me for writing it.
Her true gift to me were the words that followed.
“It is the ‘Bridge on the Drina’ of our times.”
And to this day, the idea that I might have come close to emulating what Andric did for my people and my past makes me want to cry with humility, and with pride. And yes, sometimes the two can stand hand in hand and smiling at one another. 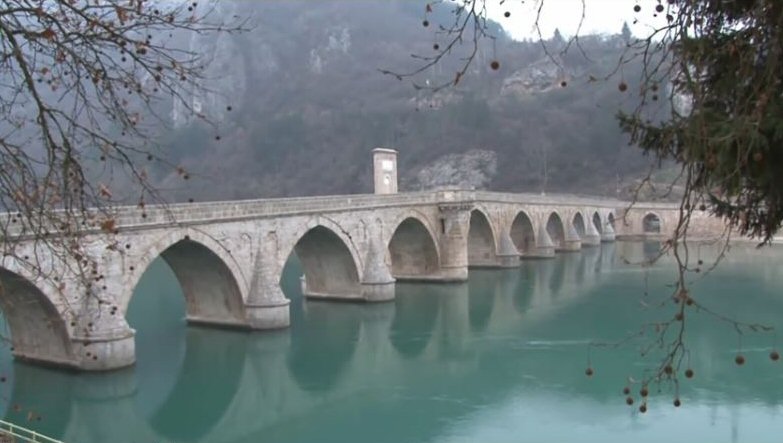 Watch a video about the town, the book, and the bridge HERE
~~~~~ 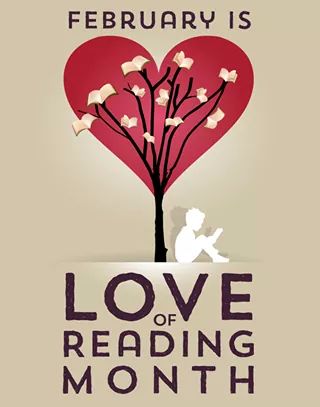 I mean, I love reading ALL YEAR, but what the hell – just go for it – and I DO have some brand new books for people to pick up after all 🙂
~~~~~
What should I do?
Last year I went to the Rainforest Writing Retreat on the shores of beautiful Lake Quinault and wrote up a quiet storm – a large chunk of the novel then in progress, before I was blindsided by a short story which I had to write down right there.
I am going to try to do it again this year, even while aware that life, as has been famously said, is what happens when you’re making other plans
I am thinking about projects to concentrate on while I am there, and I have decided to see if all y’all have any preferences as to what you might want to see emerge FIRST.
The options:
1) The novel I wrote there last year was “Wolf”, the second book in the Were Chronicles series. That’s coming out in May. The third book, Shifter, is due by the end of the year.  publication date of end of this yea. BUT…
…there are other stories that have presented themselves in that universe. I’ve just sketched out a few notes, so far. But this might be a good time to launch into the first of those…?
2) Another Fat Historical Fantasy is long overdue and I have one in the wings waiting there very patiently. This is a distinct possibility. I could dive in and let the waters of this thing close over my head and not come up for air until it’s time to leave. And it will be a Big. Fat. Historical. Fantasy. Think Jin Shei.
3) Finishing up a half-written stand-alone fantasy which has been dropped several times. There are good bones there, and it might be time to put some flesh on them.
4) I am putting together a themed short story collection. Some of the stories are done but I need six or seven more. I could have a more or less finished collection ready by the time I leave the retreat.
So – what do you think? Vote in the comments, for #1,#2,#3, or #4. And I will take it under advisement… you have the rest of this month to make your opinions known. Which door…?
~~~~~ 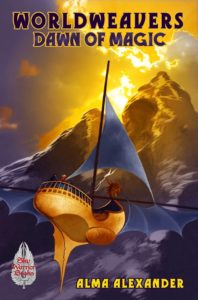 Dawn is here
There’s a Goodreads page for the final book in the Worldweavers series, Dawn of Magic, for your reading and reviewing pleasure.
See the Goodreads page HERE
You can buy it at Amazon in either paperback or ebook.
While it’s like choosing your favorite child, I have to admit that it IS my favorite of the four books in the series. Go read, enjoy, leave me LOTS of reviews…
Buy Dawn of Magic HERE
~~~~~
8 tips for studying smarter
The way most students study makes no sense, two psychologists at Washington University in St. Louis say, according to a story by Joseph Stromberg at Vox.
Rereading an assignment, for example, is useless.

Photofusion/UIG via Getty Images
Henry Roediger and Mark McDaniel have spent a combined 80 years studying learning and memory, and recently distilled their findings with novelist Peter Brown in the book Make It Stick: The Science of Successful Learning.
Read what works and what doesn’t HERE
~~~~~
Is Being a Writer a Job or a Calling?
Benjamin Moser and Dana Stevens discuss whether being a writer is just a job or a loftier ambition.
Benjamin Moser:

There is something dreary about wanting writing to be a real job. The sense of inner purpose…distinguishes a writer from a hack. Emily Dickinson didn’t turn her calling into a job, and neither did Franz Kafka…or any of the millions of writers who have never earned a penny for their thoughts. A defrocked priest forever remains a priest, and a writer — independent of publication or readership or “career” — is always a writer. Independent, even of writing. Writing, after all, is something one does. A writer is something one is.  (Illustration by R. Kikuo Johnson )
Dana Stevens:

I still remember the moment I decided to be a writer — or, as I distinctly sensed it at the time, realized I would become one. I was between 7 and 8 years old, sitting in the lowest forking branch of a huge sycamore…I was thinking…the fact that books, those miraculous receptacles of meaning pulled off the shelf each night, were just objects created by people, and that when I grew up, I could conceivably be one of the people responsible for making them. Before that “could” was fully formulated in my mind, it had become a “would” — one day, this would somehow be my job. (Illustration by R. Kikuo Johnson )
Read the rest HERE
~~~~~
THIS ‘n THAT
Well played
Native American Council Offers Amnesty to 240 Million Undocumented Whites
Read the story HERE
~~~
Beware the robots
Brain surgeons, at least, don’t need to fear robots taking their jiob.
Or do they?
Scientists have recently developed a way to use a laser guided robotic arm that enters the brain through a tiny hole in the skull, then use nanoparticles to remove the cancerous tumor, leaving the healthy cells untouched. The process is still go through clinical trials.
~~~
Meet the ultimate WikiGnome
One Man’s Quest to Rid Wikipedia of Exactly One Grammatical Mistake
Read the article HERE
~~~~~
Quote of the Day 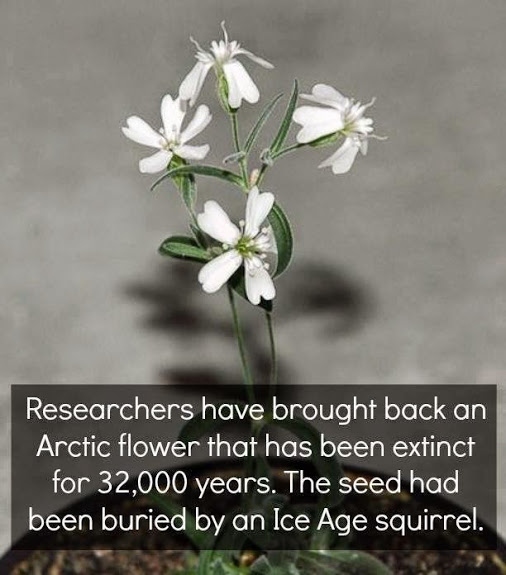