How many have you read?

Arianna Rebolini of BuzzFeed has chosen 102 of the “Greatest Books By Women” and asks how many of them you’ve read so far.
I have read 34 of them and here are three of my favorites. 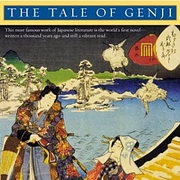 “Tale of Genji”, remarkable for being one of the first (if not THE first) book to be described as a self-definitive “novel” – ahead of its time in so many ways. 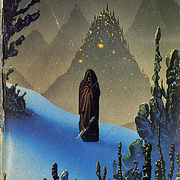 “Left Hand of Darkness” – one of Le Guin’s seminal works, and one that is so layered, with so many rewards  – and it had one of the best rejection letters in the industry, ever.

“Kindred”, the book that made me practically want to to thump down on my knees at the feet of Octavia Butler when I had the brief and heady privilege of meeting and talking to her at a gathering of my tribe, the scribes, before her untimely death.


How about you? How many have you read and how many do you still have to look forward to?
Greatest Books By Women
~~~~~
Cosmos – Then and now
I belonged to the Carl Sagan F1 generation. I saw the original “Cosmos” series, when it first aired. I was never quite the same again. I recently wrote about it at Storytellers Unplugged. 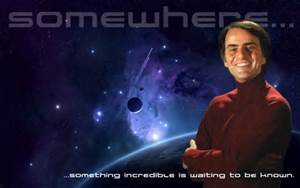 Decades later the theme music from the show still makes me come up in goose bumps. I see an image of Carl Sagan’s smile or hear some snippet of an old interview, and I am young again, and the sense of wonder rises about me like a fabulous landscape which still belongs to me….


But I find myself detached from the new version of “Cosmos”. Neil Degrasse Tyson never quite manages to ignite that sense of wonder that Sagan did so effortlessly…
Then and now
~~~~~
22 Photos That Prove Why Babies Need Pets
A child’s development can often be accelerated by daily interactions with the family pet, HopeShared tells us, and says that their young minds grow a great deal through their social and emotional bonds. Instead of providing scientific facts to backup this theory, here are 22 photos that without a doubt prove that it’s true. 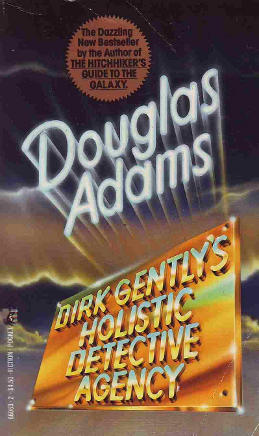 Dirk Gently’s Holistic Detective Agency by Douglas Adams
While obviously better known for The Hitch Hiker’s Guide to the Galaxy, Douglas Adams also turned his monumental talent to the mystery story with this novel, and it’s sequel, The Long Dark Tea Time of the Soul. Murderous editors, alien ghosts, and time travel are just a few of the problems that complicate Gently’s attempts to save the human race. Recommended for people who are in the mood for, in the author’s words, “a thumping good detective-ghost-horror-whodunnit-time-travel-romantic-musical-comedy-epic.” 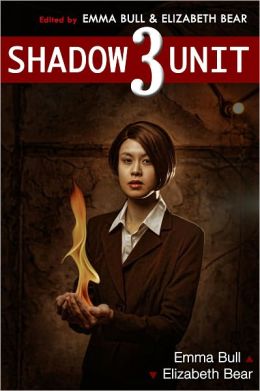 Shadow Unit by Emma Bull, Elizabeth Bear, Sarah Monette, Will Shetterly, Leah Bobet, and Holly Black
There’s been a bit of press recently about the rise in popularity of binge watching and binge reading. Shadow Unit–a long-running series of tightly-plotted novellas structured to resemble a TV show–lets you combine the two. Written by a who’s-who of supernatural thrillers, the series sucks you in as much with its lovable misfit cast as with its tense episodes, each one charting the course of FBI’s Anomolous Crimes Task Force investigations. Recommended for anyone who’s mainlined a series on Netflix recently.


Even if you don’t read detective novels
~~~~~
About my cat…
We have recently adopted a half-blind ex-feral tiger-striped caramel tabby who has just demonstrated that he may be more than he appears.
The other day he worried a file out of a vertical rack. We asked him to fill out a proper application if he wanted employment as an office assistant, and put it back. It only really occurred to me later to check on WHICH file he was so interested in.
It was a folder containing information on my current WIP… which happens to be about Were-critters.