Encounters with The Trickster

Let me tell you about my encounter with Coyote…
So begins my guest blog today at the Mythical Monday spot at Melissa Hayden’s website My World…in words and pages: 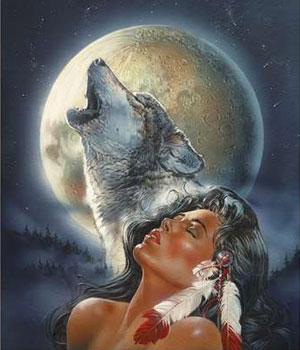 the-kunadalin .com
When I set out to write the Worldweavers books, I wanted to write a story which was an American YA fantasy, something of an across-the-pond answer to the Harry Potter phenomenon which ruled the YA universe with an iron fist at that time. I wanted to get away from the usual Eurocentric fantasy and mythology, I wanted to ground the stories that I would write firmly in the New World… and the way that opened up for me to do this was by exploring themes in the Native American mythos. Avatars of the gods and spirits from that mythological sphere became characters in my stories.
Grandmother Spider became something of a mentor for my young protagonist – and since every light has to have a shadow associated with it, the Trickster God, Coyote, ambled onto the stage with a hat-tilt and a wicked grin …. 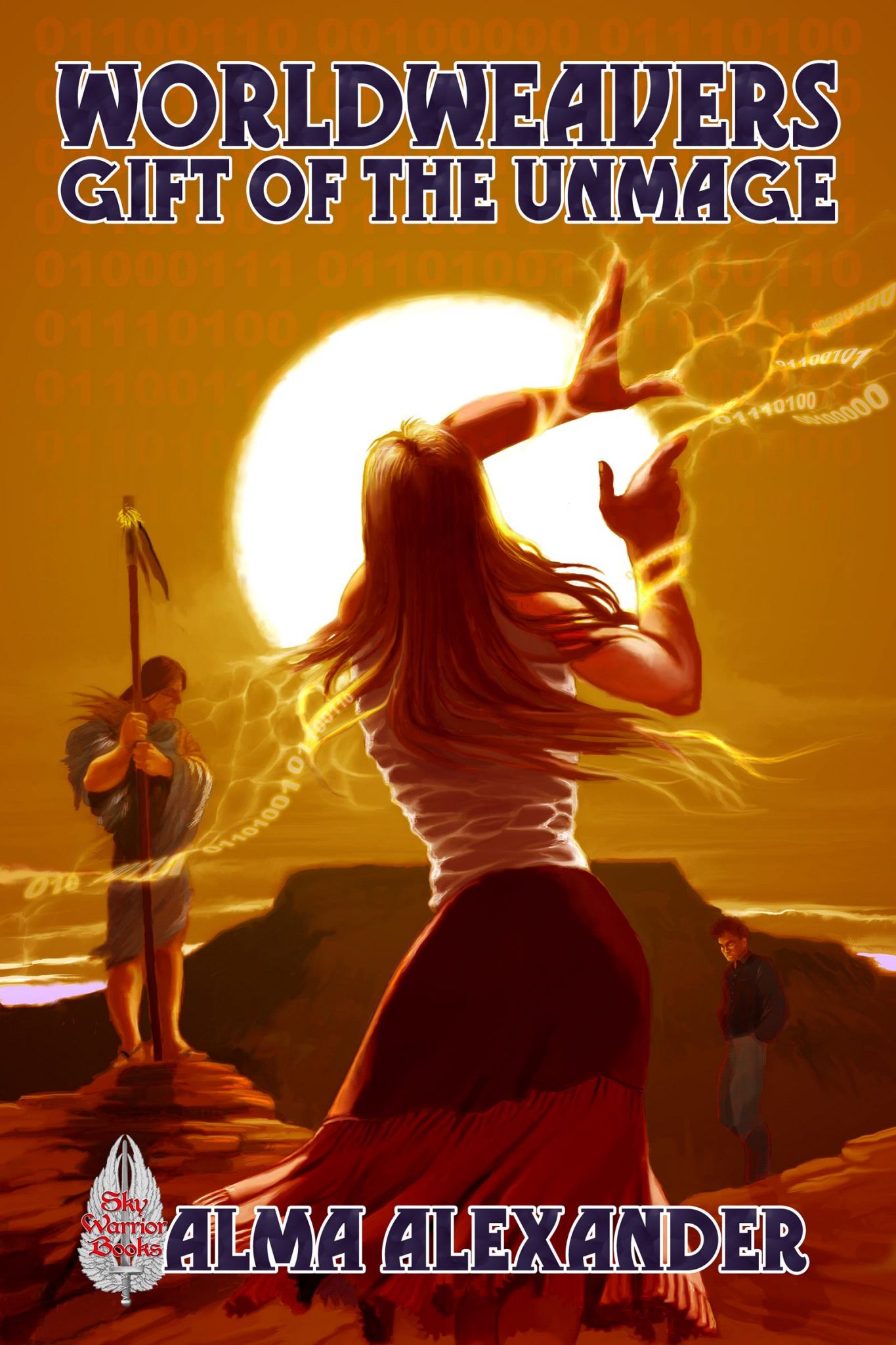 Cover of the Sky Warrior Books edition
Read the whole post at Melissa’s blog
~~~~~
I have never used a real writer in my fiction, however I have used a real person. Nikola Tesla was a remarkable inventor, one of the technological founders of our modern world. He is a major figure in my Worldweavers young adult series.
The best fiction featuring real writers
From Colm Tóibín to Italo Calvino, novelist Rachel Cantor describes in the Guardian her favorite encounters with real authors who appear in other people’s books. For example:
Walt Whitman in Gob’s Grief by Chris Adrian
Gob survives the Civil War, unlike his brother Tomo, who ran off to join the army at the age of 11 and died during his first battle. Walt Whitman, meanwhile, dreams his brother has been lost in the war, only to find him at a hospital just slightly wounded. When brother George is moved elsewhere, Walt lingers, making himself useful to doctors and nurses, first at this hospital, and then another, and another. He chats with wounded soldiers, reads to them, distributes oranges, writes letters, or just sits, watching “with excited worry”. It is Whitman Gob turns to when he needs a man full of emotion to power a machine he has built to bring the Civil War dead back to life. 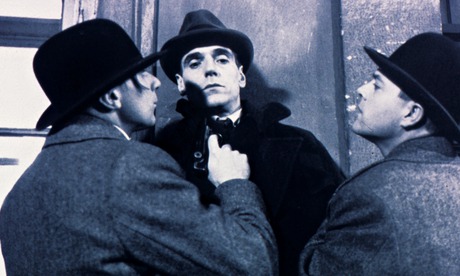 Artist impression … Jeremy Irons as Franz Kafka in Steven Soderbergh’s 1991 film Kafka. Photograph: Moviestore Collection/Rex
Real writers in fiction
~~~~~
8 Female Characters In Literature Who Deserve Their Own Damn Books
Books give readers the unparalleled opportunity to assume the perspective of someone other than themselves, Amanda Scherker says at Hufff Post Books.
But in assuming the perspective of one character, the reader is often denied the chance to explore the internal joys and woes of other characters in the story. We’d argue that literature is bursting with female characters who deserve stories of their own.
Here are eight female characters who definitely deserve their own books. 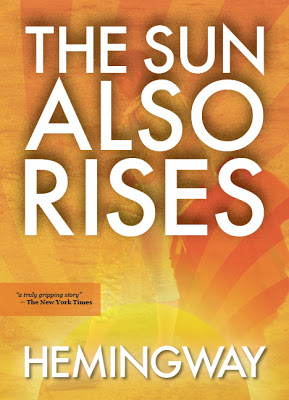 Brett from Ernest Hemingway’s The Sun Also Rises
As one of Hemingway’s most memorable characters, the glamorous Lady Brett Ashley wields power over the adoring men who perpetually surround her. While her seductive and chaotic energy catalyzes much of the novel’s action, her internal world remains enigmatic to the reader. At one point, the narrator notes that Brett “can’t go anywhere alone.” Still, her wistful gaiety makes us wonder who Brett really is when she’s left in the solitude of her hotel room. Perhaps our best clue into her life and regrets rests in her memorable line, in which she says, “Oh, Jake… we could have had such a damned good time together.”
They deserve their own books
~~~~~
The giraffe manor in Nairobi
Giraffe Manor is a unique property and hotel in the Lang’ata suburb of Nairobi, Kenya, famous for its resident herd of endangered Rothschild giraffes that live in the extensive grounds of the manor house. Every day shortly before 9am, the mammoth beasts stroll up to the house and poke their heads through the windows and doors in search of morning treats. This is the only place in the world where one can share breakfast with the world’s tallest animal. 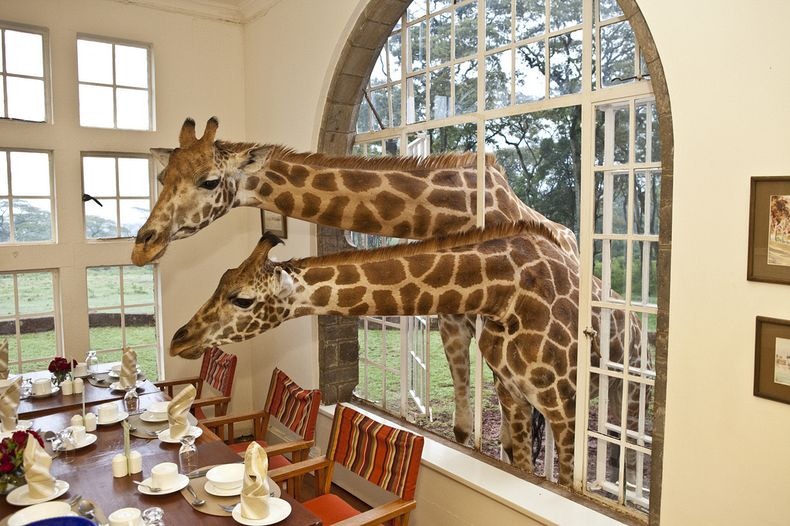 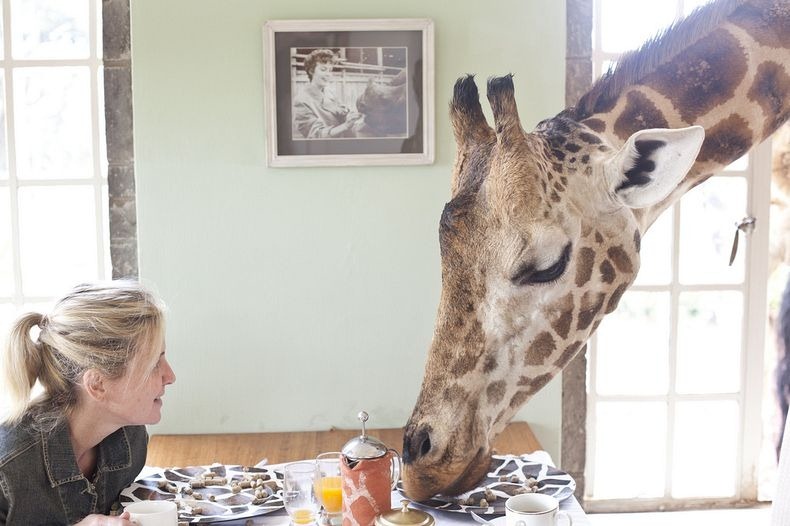 Breakfast with the giraffes
~~~~~
Quote of the Day
“Whenever you find yourself on the side of the majority, it is time to pause and reflect.” ~ Mark Twain
~~~~~
Alma Alexander
Check out my books
Email me
Comments welcome. What do you think?
—–