Retreating into the rainforest

My experience with the Rainforest Writers Retreat on the Olympic Peninsula in Washington began last Wednesday when Colleen Anderson drove down from Vancouver, Canada, and picked me up in Bellingham.
We went the scenic route – down Whidbey Island, the Port Townsend ferry to the peninsula, down the edge of the Hood Canal until we could veer off inland via Aberdeen into the wilds towards Quinault and the Rainforest Resort on the lake.
We had supper in the resort restaurant, yakked with people we knew and met people we didn’t, and at some point that night I actually sat down and began writing.
For a lot of people with day jobs where writing time is stolen from their days an hour at a time, this is unutterable luxury – this place, where they could sit down, crack open a laptop and just WRITE to their hearts content.
Since writing IS my day job, for me it was something different. I was in a community of people from my own tribe, people who were dedicated and passionate about their writing, people who did not (as I let myself be, sometimes, at home) allow themselves to be distracted by extraneous things.
Everyone was here to write. In an atmosphere of such an intense focus — helped by the fact that Internet is spotty here and cellphone signal practically non-existent — it was easy to dive into it all and gratefully feel the sea of words close over my head. I can breathe this rarefied air, the rainbow mist of words, all these multiple voices whispering into the air, rising like smoke into the light fixtures, clinging to windows like pale invisible winged things with big eyes and Cheshire-cat smiles on their faces.
There was a whiteboard in the main cabin where you could post their day’s wordage. By Thursday morning, I was in the four figures. 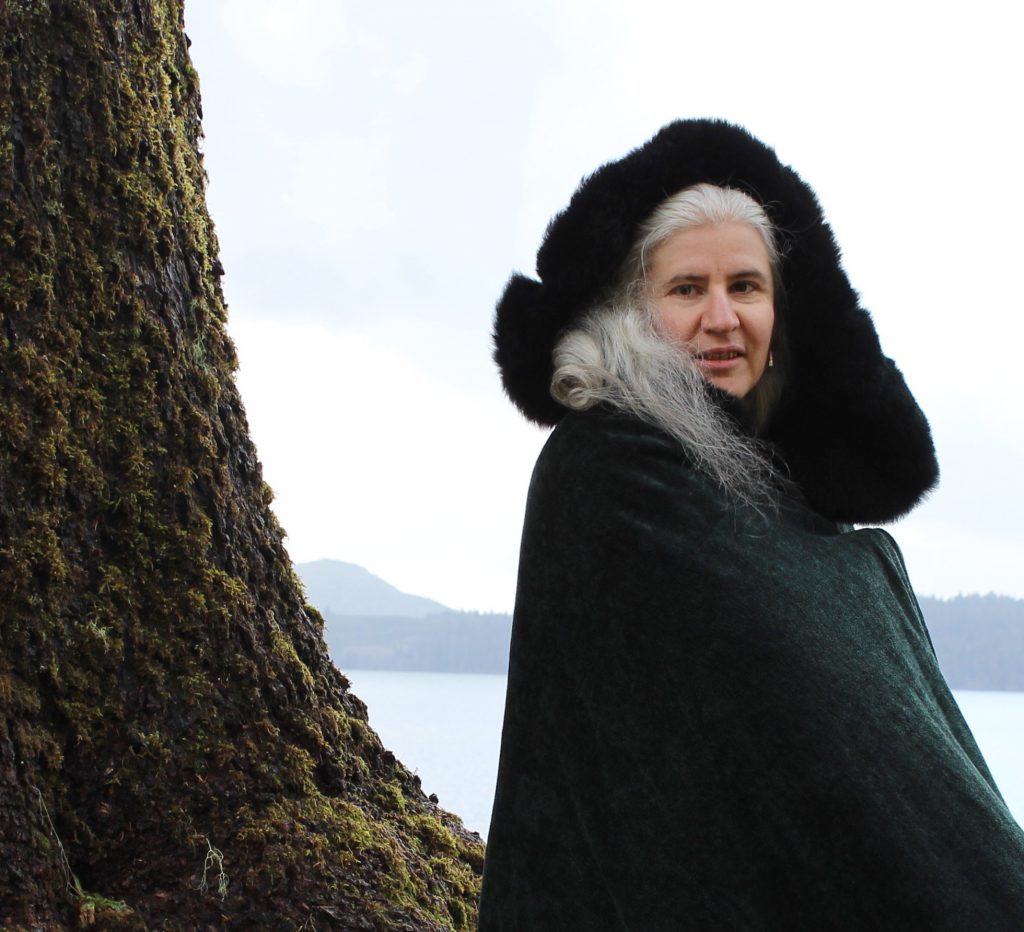 Alma Alexander’s new author photo
Thursday was the first full day of the retreat, and I wrote. In between I visited the world’s largest spruce tree, which lives just off this resort, a 1,000-year-old behemoth, saw an eagle fishing on the lake, had a friend take some new author pics of me in my fur-lined cape, took some amazing shots of the most unutterably gorgeous sunset. Then we had a group dinner, and it turned out that we had all collectively produced 80,000+ words ON THAT FIRST DAY. 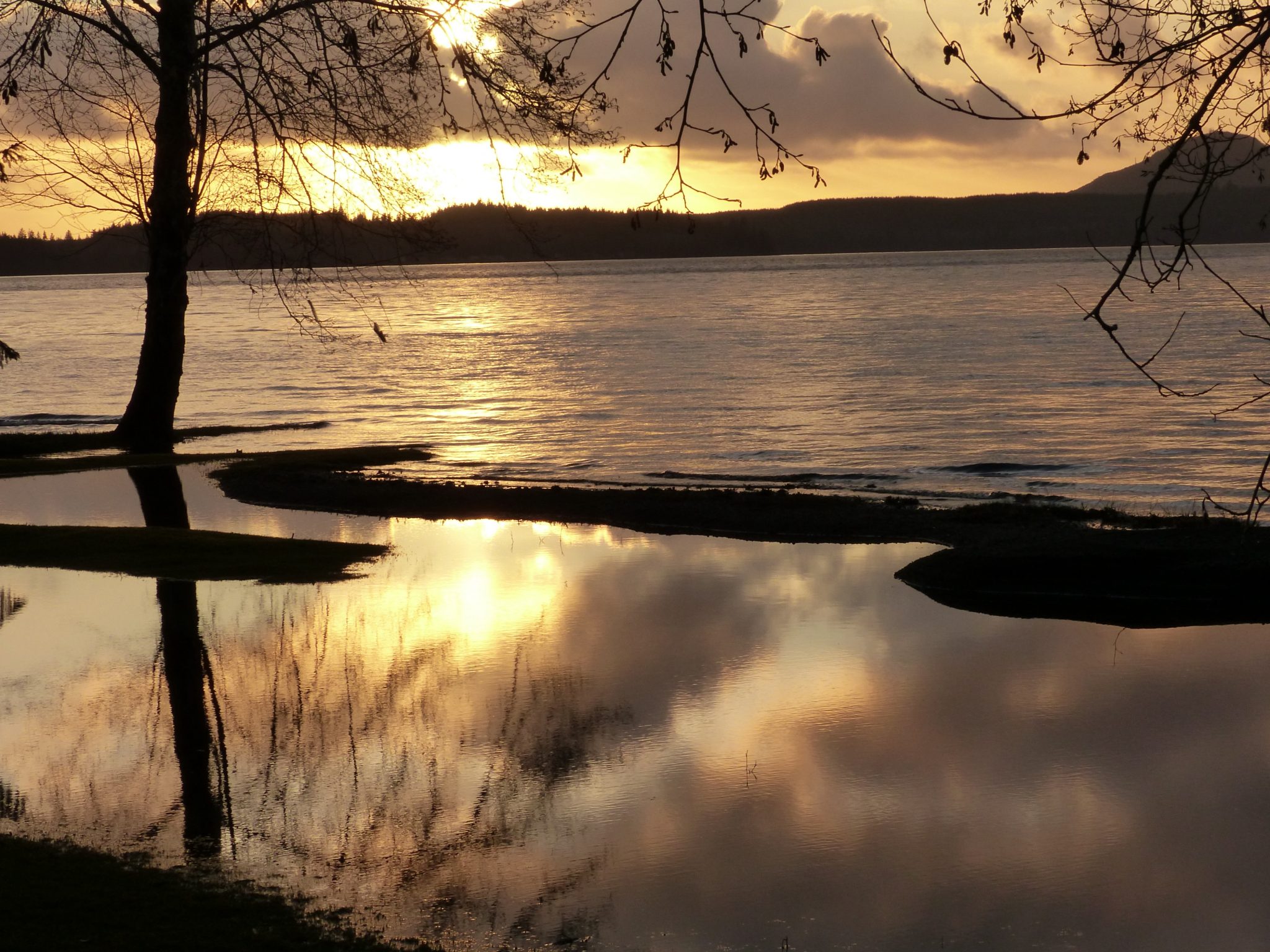 Sunset on Lake Quinault
Well, there was no stopping me after that.
Friday I wrote some more in my novel, and then University Books from Seattle set up a sale table with a huge selection of books, including those of the attendees.  We mingled and talked books at the evening event over drinks, and it is sometimes just WRONG to feel so purely content, isn’t it? To be at home in a world of one’s own choosing?
After this get-together, I got mugged by a short story. It was something I’d started before but never got very far with, but the squib of it was on the laptop that I had brought. I worked on that for the rest of the night and just after breakfast the next day, and found myself with a completed story. Raw, but it has good bones.
Saturday was colder and cloudier, and there were even flurries of snow in the morning as I crossed the parking lot for breakfast. I went back to the novel and worked at it steadily for the rest of the day (punctuated by socializing, lunch, writing discussions, all that). My word count was now in the five figures, one of only five or six people at the retreat to get there. I was nowhere near the winning word count, but then I had never expected to be, and even what I had astonished me. I may not even KEEP all the words, but I WROTE them, and thought them, and dreamed them, and they are part of the edifice that I am building whether they show in the final product or not.
I wrote a couple of pages on Sunday morning, too. This place rolls like that. By noon Colleen and I were on our way back home.
Would I go again? Hell, yeah. I had a great time. I wrote up a storm, socialized with friends old and new, laughed a lot, ate well, walked in the woods, and was generally silly-grin happy about everything for the duration. Is this book going to have Rainforest Retreat in its acknowledgments…? You bet.
Rainforest Writers Retreat website

25 big novels that are worth it
What we love about big novels is that you have to get really comfortable with them, Jason Diamond writes at Flavorwire.
A big page count usually equals a big chunk of time, meaning you need to be a serious reader without a fear of commitment. We offer you this list of epic page turners that you may have missed, skipped, or just couldn’t finish the first time, because we believe that bigger can certainly be better, and these books are proof of that.
They start with a book(s) that tops out at 4,215 pages 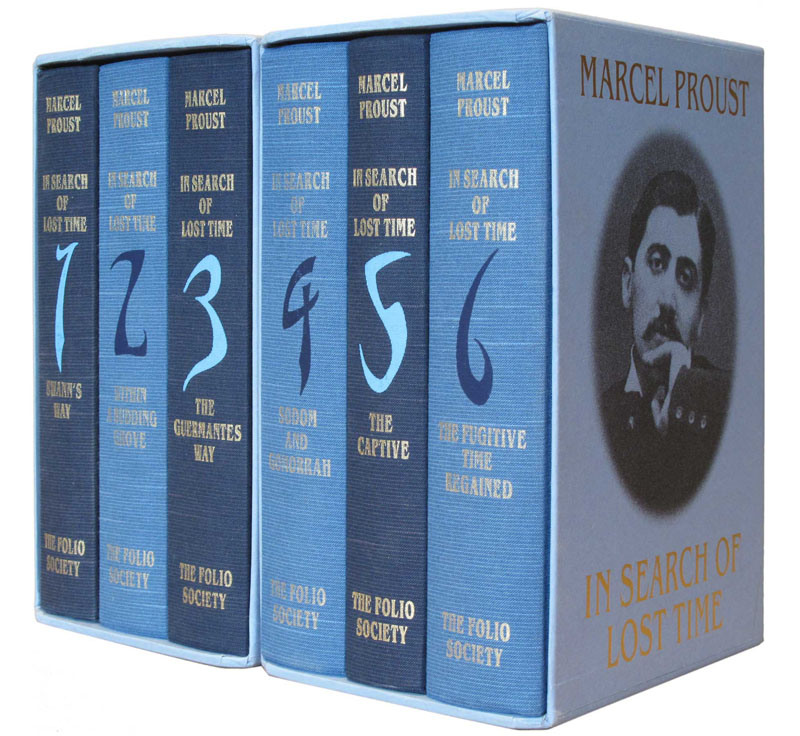 In Search of Lost Time, Marcel Proust
There are big novels, and then there is In Search of Lost Time. Proust’s massive work is a literary undertaking that feels more like a quest, but those who have made it say there is nothing quite like closing the final volume after the very last page.
At 992 pages, this book is less than a quarter the size but… 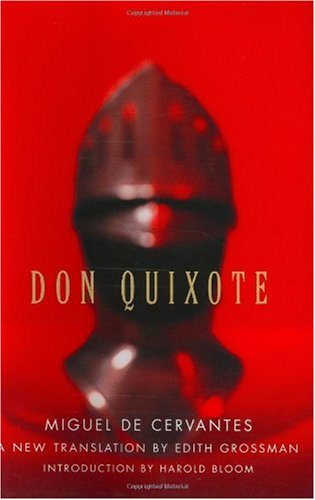 Don Quixote, Miguel De Cervantes
Debuting in the 1600s, this Spanish masterpiece is still one of those books you absolutely must read before you can say that you’ve read all of the greatest novels. It’s big, sure, but it would also be one of the top two or three we’d pick off this list if we were stranded on a desert island.
Big novels
~~~~~
Which book species are you?

Actually, I’m most of them.
Book species, Full Graphic
~~~~~
Quote of the Day
“The only thing that you absolutely have to know, is the location of the library.”  ~ Albert Einstein
~~~~~
Alma Alexander
Check out my books
Email me
Comments welcome. What do you think?
—–