When the Leo Tolstoy State Museum was looking for volunteers to proofread 46,800 pages of his writing, 3,000 Russians—engineers, I.T. workers, schoolteachers, retirees, a student pilot, a twenty-year-old waitress—signed on, Sally McGrane writes in the New Yorker..
Leo Tolstoy’s great-great-granddaughter, Fyokla Tolstaya, had hoped there would be enough interest to get the first round of corrections done in six months. To her happy astonishment, they finished in fourteen days.
Tolstoy proofed
—–
Exam paper graffiti
Ingeniously defaced textbooks & exam papers by people who had better things to do than answer silly exam questions. 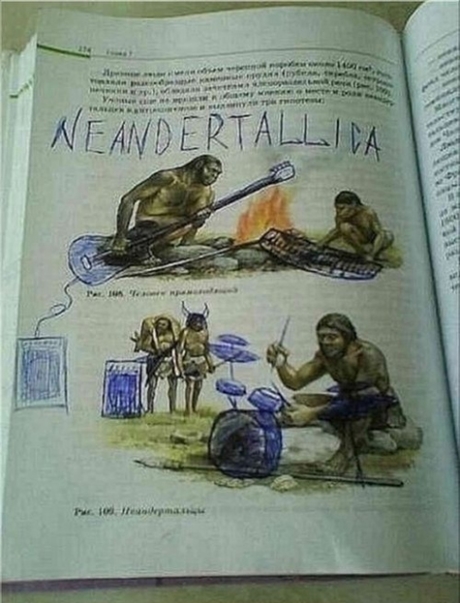 Neanderthal rock star
Textbook graffiti
—–
Don’t touch our elves
I would have given anything to have seen the signs from this protest.
They take their elves seriously in Iceland and the US military is under scrutiny lest they endanger the welfare of indigenous Elves. In 1982, for example, 150 people demonstrated at a naval base because of their fears, Carolyn Emerick tells us in Hub Pages.
When Viking settlers came from Scandinavia in the ninth century, they brought with them their Norse language, culture, and religion. Today, Iceland’s unique fire and ice geology helps keep Norse mythology alive. Fire and Ice are a large part of the imagery involved in the Norse creation myth.
Save the elves
—–
I Don’t Think You’re Ready for space, Jelly
NASA raised thousands of jellyfish in space. They ended up unfit for life on Earth. 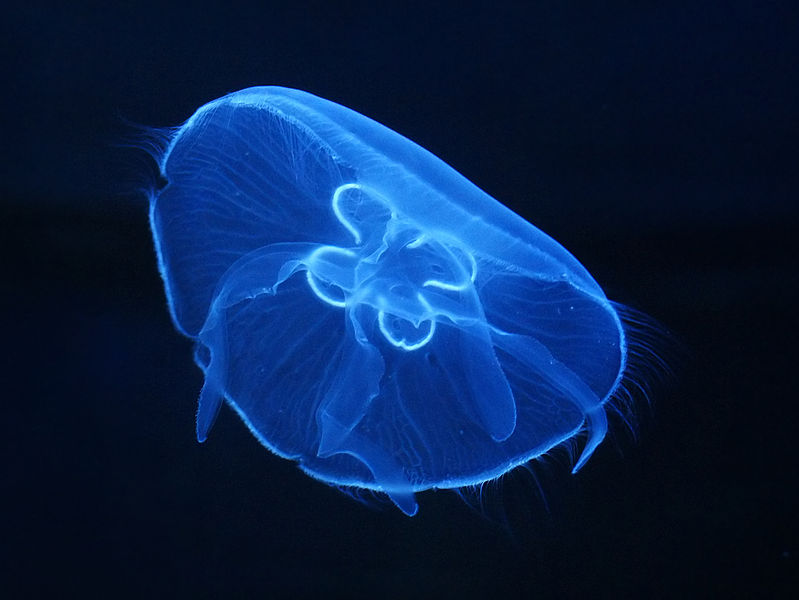 A moon jelly, illuminated (Hans Hillewaert/Wikimedia Commons)
Since the early 1990s,  Megan Garber says in The Atlantic, humans have been launching jellyfish into space. The space shuttle Columbia launched into space a payload of 2,478 jellyfish polyps. Over the course of the mission, the creatures proliferated: By mission’s close, there were some 60,000 jellies orbiting Earth.
Back on earth, the jellies had trouble getting around. The difficulties included, alas, “pulsing and movement abnormalities, compared to their Earth-bound counterparts.”
Basically, the invertebrates had vertigo.
Jellyfish in space
—–
Independent Bookstores: A love story
There are many noble reasons to shop at independent bookstores, says Emily at her blog, Books, the universe, and everything.
Supporting local businesses, good for the economy, etc. etc. etc. But the main reason I buy all of my books at indie bookstores is a very selfish reason: I love being in bookstores…I love walking into a bookstore and wondering what new interest or author I’ll discover… I love being surrounded by people who love books and reading as much as I do.
I wrote this post as a celebration of the many things I love about independent bookstores and to salute some of my favorites.
Bookstore love story
—–
Why do we sleep?
To wash out our brains, say US scientists
Cerebral spinal fluid is found to pump around the brain of sleeping mice, flushing out waste products like a biological dishwasher, The Guardian reports
Why we sleep
—–
Alma Alexander
Sign up for my newsletter, Tea with the Duchess, here
Email me:
—–