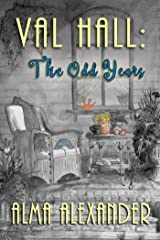 NOT VALHALLA. NOT ODIN'S GATHERING PLACE FOR GODS AND IMMORTALS. VAL HALL, HOME AND LAST SANCTUARY FOR RETIRED SUPERHEROES, THIRD CLASS. Val Hall, raised by the vision and devotion of one man for others of his kind… in the wreckage of the world left behind in the ashes of the conflagration of what they called the Great War. Men and women in whom an extraordinary moment released one singular extraordinary power, gathered under the definition of Superheroes (Third Class), could gather here in the twilight of their lives insearch of security, contentment, care, and peace - they could come here to find, and take shelter with, others of their kind.From those who can use the power of their voice to make others believe anything they say, or those whose task it was to turn annihilation from their people at any cost, or stand against the storm to protect the ones they love, or walk with the dead and glimpse the world beyond, their powers are banked - until the instant in which they are kindled into something unforgettable. These are ordinary people, living ordinary lives. They could be your grandmother, your brother,your neighbor, your friend. They could be you.Val Hall is here for all who have need of it.These are the stories from the odd years of Val Hall's century.

Paperback
eBook
About the Book
Other Books in "Val Hall" 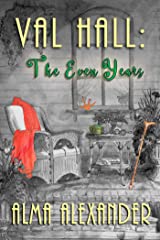 Val Hall: The Even Years
Look Inside
Disclosure of Material Connection: Some of the links in the page above are "affiliate links." This means if you click on the link and purchase the item, I will receive an affiliate commission. I am disclosing this in accordance with the Federal Trade Commission's 16 CFR, Part 255: "Guides Concerning the Use of Endorsements and Testimonials in Advertising."