Just recently, when Elizabeth II died, there was a story out there about someone going out to “tell the Queen’s bees” that she was gone.

There was a distressingly high number of responses which mocked or ridiculed this as some sort of weird royal thing to do, cartoons even that I came across with a swaddled beekeeper yelling in the direction of a bunch of beehives with a cloud of roiling and clearly upset bees, “I SAID THE QUEEN IS DEAD! Not your queen! The Queen of ENGLAND!”

But here’s the thing. Telling the household bees of a death in the family, particularly when it’s the death of the head of the household, is a time-honoured beekeeper tradition. I know, because I am a beekeeper’s granddaughter, a beekeeper’s grand-niece. We knew these things, in our family. Bees were a family thing. My grandfather could handle his without any kind of protective gear at all – he would simply plunge his bare hands into the hive and remove the combs and drip out the honey and restore the hives to their original condition, and he never got stung. My father, standing six feet away from the hive offering unsolicited advice, got stung four times one time and his face swelled up like a basketball. The bees knew who their person was and who wasn’t – and whose opinions merited respect, or not. I can still taste the heady sweet nectar in Grandpa’s honey – and while he lived, no matter how far away I was or when I might be expected to return to his side, there was a jar of honey on a kitchen shelf that was mine, reserved for me and me alone. My tithe from Grandpa’s beehives.

I am a traditionalist and if I had been there when he died I would have gone out to tell those bees of his passing and woe betide the person who pointed and laughed. Those bees knew him and loved him and trusted him. They deserved to know that those hands would never touch their honeycombs again. They DESERVED it. But I was far away when my grandpa left this world and it was left to others to dispose of him and of his legacies. I don’t know who got that last jar of “my” honey, any more than I know what became of the bees. I suspect they got sold or given away. I suspect they never knew of my grandfather’s death and merely thought he must have betrayed or abandoned them.

I never told the bees. Not HIS bees. But there was a moment when I was out on a walk, after he died, and I saw a bee butt sticking out of a flower by the side of the path, and I paused, and I said, ridiculously, “He’s dead. Please let them know.”

I like to think I made peace in a bee kingdom that day.

Telling the bees is a good thing, the right thing, to do. Whether the hives they call theirs are royal, or belong to an old man who loved the lazy drone of a bee-filled summer and the taste of honey and the granddaughter he so devotedly saved that honey for just in case she ever came home unexpectedly. 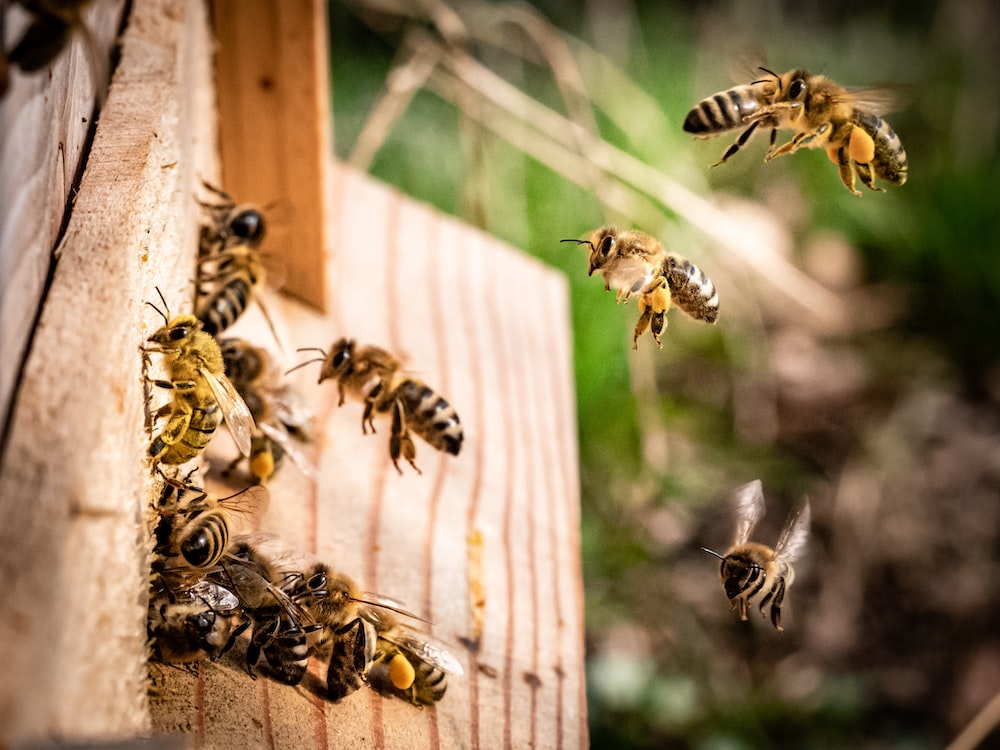