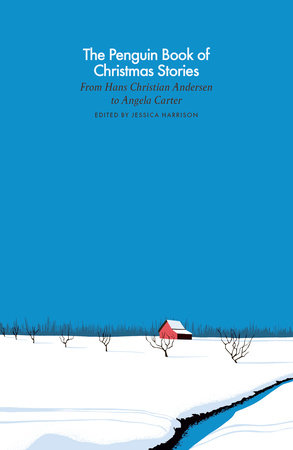 Someone mentioned this book somewhere and dear lord this christmas was a tough one for me anyway. So I interrupted my scheduled reading, as it were, to pick this one up right around Christmas time and see what happened. After all, this is the publisher’s blurb for it:

“This is a collection of the most magical, moving, chilling and surprising Christmas stories from around the world, taking us from frozen Nordic woods to glittering Paris, a New York speakeasy to an English country house, bustling Lagos to midnight mass in Rio, and even outer space.”

After I was done with it, I actually went round some of the places where readers’ reviews were left, to see if my reaction to this book was… off… if it was affected by my own dark mood. But not really, it seemed. Here’s a smattering from Goodreads:

“Many of the older stories were depressing and not about Christmas so much as they were set at Christmas. There were some heartwarming stories and a few that really showed the miracle of Christmas. The stories are fairly short so when you want a quick read, this is a good book. The variety of stories is also good. My problem was that most of the stories failed to engage me and it was a struggle to keep reading….overall, the collection was disappointing.”

“A pretty uninspiring and disappointing collection of stories. Most of them left me feeling far from Christmassy, sadly.”

“…with The Penguin Book of Christmas Stories, we are a world away from that kind of feel-good Christmas story. This collection has been carefully crafted to hit a consistent mood of melancholy and disillusion.…The Penguin Book of Christmas Stories captures the ugliest side of Christmas… In that respect, this is an anthology which encourages the reader to look on the uncomfortable truths of the season. It may be a ‘special time of year’, but there are still people who are alone, people who are weary, people who are desperately unhappy. And not all of them get their magical happily-ever-after…Not everything in the book is doom and gloom though and we still get glimpses of the fairy tale… But it does feel a little like a snow globe. Exquisite and beautiful but cold to the touch.”

And that seems to be the idea. Other reviews say that “this is not your Hallmark Christmas” – and they’re right – but did it have to be its polar (so to speak) opposite? Does it have to be so much of a downer? “Glittering Paris”, the publisher’s blurb says – boy was that a misnomer, since the Paris we land in ends up being a in a restaurant where a patron blows his brains out at closing time on CHristmas Eve and one of the other patrons, a somewhat less than perfect lady of the night makes it her business to save a naive young girl who might have been from her own past from a really nasty fate by getting them both arrested and greeting Christmas morning in the clink. One way or another “literary” Christmas, aside from the inclusion of Dylan Thoma’s effervescent and inimitable “A Child’s Christmas in Wales”, seems to be about poverty, suffering, and deprivation. Children who get no presents at all, or lumps of coal, or presents which the story makes it clear have meant MAJOR upheavals in the parents’ lives. Stories about pinching pennies, or making do, or somehow desperately trying to wring something “meaningful” out of it all.

And aside from a few sideways slips into the beauty and magic of it all… this entire collection seems to be not so much about CHRISTMAS THE IDEA as about CHRISTMAS THE ‘WHERE IS MY PRESENT COMING FROM’ kind of thing. Every book has its typos but in this one the typo that crept in is somehow particularly apropos – “the manager with the thatched roof” – all of these stories somehow feel like they have a “manager”, a boss, someone who is holding the purse strings, and you better be grateful for your scraps, you peasants. Italo Calvino’s story nails it:

“No period of the year is more gentle and good, for the world of industry and commerce, than Christmas and the weeks preceding it. From the streets rises  the tremulous sound of the mountaineers’ bagpipes; and the big companies, till yesterday coldly concerned with  calculating gross product and dividents, open their hearts to human affections and smiles. The sole thought of the Board of Directorrs now is to give joy to their fellow man, sending gifts accompanied by messages of goodwill both to other companies and to private individuals; every firm feels obliged to buy a great stock of products from a second firm to serve as presents to third firms; and those firms, for their part,buy from yet another firm further stocks of presents for the others; the office windows remain aglow till late, especially those of the shipping department, where the personnel work overtime wrapping packages and boxes; beyond the misted panes, on the sidewalks covered by a crust of ice, the pipers advance. Having descended from the dark mysterious mountains, they stand at the downtown intersections, a bit dazzles by the excessive lights,by the excessively rich shop windows; and heads bowed they blow into their instruments; at tha tsound, among the businessmen the heavy conflicts of interest are placated and give way to a new rivalry: to see who can present themost conspicuous and original gift in the most atractive way.”

There’s a layer of crusty ice on that, indeed – a cynicism that crackles on every word.

Christmas is about what you GET.

(I have to say that I had to smile at the reminder – which really ought to be quoted at every idiot screaming about “war on Christmas” – that the only time Christmas as we know it was literally outlawed in America was an actual law that was on the actual books from 1659 to 1681: “Therefore that whosoever shall be found observing any such day as Christmas or the like, either by forbearing of labor, feasting, or any other way upon any such account aforesaid, every person so offending shall pay for every offense five shillings as a fine to the country.” – That, by the Puritans, who objected to joy on principle and  basically made actual laws to cover and actively prohibit any occasion that might give rise to same. They fattened on the idea that somebody somewhere might be having fun and that it was their bounden duty to squelch any such impulses.)

I… have always rather loved the idea of Christmas. For the last twenty years, the years of my marriage which the Puritans would probably have outlawed on account of all the fun that was had, Christmas mornings were a deep contentment. Even if presents were deeply practical ones (“what, your underwear is starting to show its age? You’ll get a shiny new set for Christmas!” “What, there’s a hole on the heel of your sock? You’ll get a brand new pair for Christmas!” “Remember the time you burned your hand on the handle of the frying pan? Here’s a nice cherry red silicone frying pan handle holder for Christmas!” “What, another year is starting in a few days? Here, have a calendar for Christmas!”) it was fun tearing the wrapping paper off on Christmas morning, it was fun tossing the cats’ new toys into the mess of the torn paper and watching them hunt the things in the debris, there was love, and there was laughter, and there was a warm home, and then breakfast, and then we’d walk into the new year with whole socks and shiny new underwear and a brand new calendar waiting to have its first page ripped off and heralding another year of shared adventure. Last year’s Christmas… was stolen from me, and my husband never got to open the presents which were waiting for him. This year I don’t feel much like Christmas at all. Perhaps it is the advent of the first anniversary of my widowhood that coloured my mood this year – and perhaps that is why I received the Penguin Christmas Collection in such a jaundiced manner. But pick up this book at your own risk because yeah, it’s “literary” and it’s “deserving” and you’ll recongise a lot of the names in it but if you’re looking for actual joy… it isn’t in these pages. Oh, there are glimpses of it. But the weight of the rest of it is often too much for that glimmer, the sheer mass of the rest of it – the prejudices, the poverty, the implied pat-you-onna-head paternalism from the rich to the poor, the kind of – well – almost exaltation of poverty as being at the root of a “meaningful” Christmas, the creeping line of commercialism (and the feeling, that goes hand in hand with that, of a sort of inadequacy that, really, you ought to do something about, despite the fact that you don’t have a couple of brass farthings to rub together – it’s hard to be poor but it is REALLY hard to be poor at Christmas…), the despondency, and – worst of all – a sort of quiet acceptance of it all – there we all are, them’s the breaks, and God Bless Us Every One (and let’s hope Scrooge has another change of heart this season).

I didn’t “have” Christmas this year. There was no point in wrapping presents for myself only to unwrap them by myself on Christmas morning. I haven’t felt the taste for eggnog or Christmas cookies or anything remotely “seasonal”. It isn’t that I was jonesing for the “Hallmark” Christmas experience – if anything, that saccharine mess would have probably been worse. But maybe Christmas really is for the children. And for the families well enough off to make the season matter. And for people in love. But it’s a messy season for those who are alone, and lonely, and for whom the falling snow outside now merely means that it’s cold. Maybe that GOodreads reader had it right. it’s a snowglobe, bright and shiny and festive, all glitter and glow and falling snow… but I’m out here outside of it, shaking it and gazing into it like some latter-day Little Matchstick Girl and dreaming of so many ghosts of Christmas past.

365 days to go until the next time it rolls around. I guess I’ll just keep tearing the days off the calendar, until then.