My Battery Is Low and It’s Getting Dark

By Joshua Palmatier
Thanks to Alma for inviting me to guest post today here at her blog. I appreciate the opportunity!
The small press, Zombies Need Brains, is currently running a Kickstarter for three all new SF&F themed anthologies called APOCALYPTIC, GALACTIC STEW, and MY BATTERY IS LOW AND IT IS GETTING DARK. 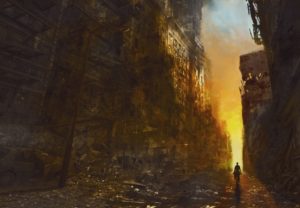 You can check out the details at tinyurl.com/ZNBApocalypse, but I thought I’d spend a little time here talking in more detail about what we were thinking in terms of the theme for MY BATTERY IS LOW AND IT IS GETTING DARK.
Since we’ll be doing an open call for submissions once the Kickstarter funds are available, it might be a good idea if potential writers have an idea of where we’re coming from and what we’re looking for.

The anthology is obviously inspired by the Opportunity rover on Mars. It’s last reported message was interpreted by scientists as exactly that: “My battery is low and it is getting dark.”
When I first saw this message on social media, it filled me with an inexplicable sadness for a robot that I’d never seen, but that unaccountably managed to function far beyond its expected lifespan, providing us with invaluable data and a glimpse at a planet that I will likely never see in person. (I’m still holding out hope.) That feeling stuck with me for days, refreshed occasionally by something spotted on Facebook or Twitter. It affected me to the point that I began to think about doing an anthology centered around it.
And so was birthed MY BATTERY IS LOW. But the theme was problematic, since I didn’t want to put out an anthology filled with sadness. Human beings can only take so much of that. So I started working on how to tweak the theme so that it wouldn’t be a depression-filled walk through dark-clouded skies. And then it hit me: what if the battery getting low is only the beginning of the story? What if we took it a step further? What if that lonely AI or rover or obsolete tech was given a sudden second life? Then the sense of loss and hopelessness would turn into one of hope and triumph.

That’s the central theme of MY BATTERY IS LOW: an old technology that, through the course of the story, is somehow revived or rescued or reused so that it is given new purpose.
This doesn’t have to be a science fiction story, though. The tech in the story only needs to be “old” in the context of the story. So, for example, the story could revolve around an old ham radio that’s never used anymore, but when some catastrophe makes all cell phones useless, the group of survivors must resort to it in order to be rescued. Another example: the first manned mission to Mars crashes on the planet and the Opportunity rover is found and is used to keep everyone alive. There are countless possibilities—from the past all the way into the far future—which is what I like to see in an anthology theme.
We expect, of course, that this anthology will be mostly science fiction based, but we will consider fantasy stories as well, as long as the “old tech” is described sufficiently well and is used effectively in the story.
So put on your thinking caps and start writing. Make sure you revise and polish before sending anything in.
And if you can, back our Kickstarter at tinyurl.com/ZNBApocalypse.
We can’t do an open call for submissions if we don’t get funded. We’ve got some great reward levels to choose from, including the basics anthologies in ebooks or limited-edition paperbacks, signed copies of books from your favorite authors, tuckerizations, and swag bags. Hopefully there’s something there that piques your interest.
And good luck with the writing!
~~~
A professor of mathematics at SUNY College at Oneonta, Joshua Palmatier has published nine novels to date—the “Throne of Amenkor” series (The Skewed Throne, The Cracked Throne, The Vacant Throne), the “Well of Sorrows” series (Well of Sorrows, Leaves of Flame, Breath of Heaven), and the “Ley” series (Shattering the Ley, Threading the Needle, Reaping the Aurora). He is currently hard at work on the start of a new series, as yet untitled. He has also published numerous short stories and has edited numerous anthologies. He is the founder/owner of a new small press called Zombies Need Brains LLC, which focuses on producing SF&F themed anthologies, the most recent being Portals, Temporally Deactivated, and Alternate Peace. Find out more at www.joshuapalmatier.com HERE or at www.zombiesneedbrains.com here. You can also find him on Facebook under Joshua B. Palmatier and Zombies Need Brains, and on Twitter at @bentateauthor and @ZNBLLC.