But there’s no tree

I used to love putting up the Christmas tree.
Back when I was little we had those classic hand-blown glass ornaments – those have vanished somewhere in between the many moves. I literally don’t remember seeing them after I was about 10 or 12 or so. They may not have made the trip with us into Africa and exile from the home hearth when I was about that age. There may have been more important things to pack and take along.
I don’t really remember if we did trees during our Africa years, there is only a very vague recollection of something like it in a corner of the living room as I recall it in Swaziland, but I couldn’t swear to it. I just don’t think we did it. For years. There were wrapped presents to be opened (for us, on New Year’s Day, rather than for trad Christmas…) – and how – my dad was a champion wrapper, and was meticulous about it, so much so that you almost didn’t want to rip into his parcels when the time came. I mean, clearly, so much love and care had gone into the wrapping of them that ripping off the wrapping paper seemed almost sacrilegious.
If anyone asks me what was the best Christmas/New Year present that I ever had, I will have to disappoint you. I almost always got something new to wear because it was tradition to wear something new on the first day of the new year; I almost always got at least two or three new books (because those were safe presents to give me and know I would love it).
I remember other people’s presents – like the classic time we found a nice chocolate box which was precisely the right size and shape to use to put in a slim volume on grammar, for my language nerd grandfather. Who also had a notorious sweet tooth. So we put the book in the chocolate box and wrapped it up, and then watched him hold up the chocolate box with delight, and then watched his face change to a different and deeper kind of joy when he opened the box and found the book inside. That moment might have been him opening HIS gift, but it was a gift to all of us who had participated in the ruse – all of us who had found the perfect book, and then the perfect box, and then collaborated on the hoax, all to get that luminous smile out of him on the morning that the gifts were opened. THAT, I remember. I recall nothing of what was given to me during those years. 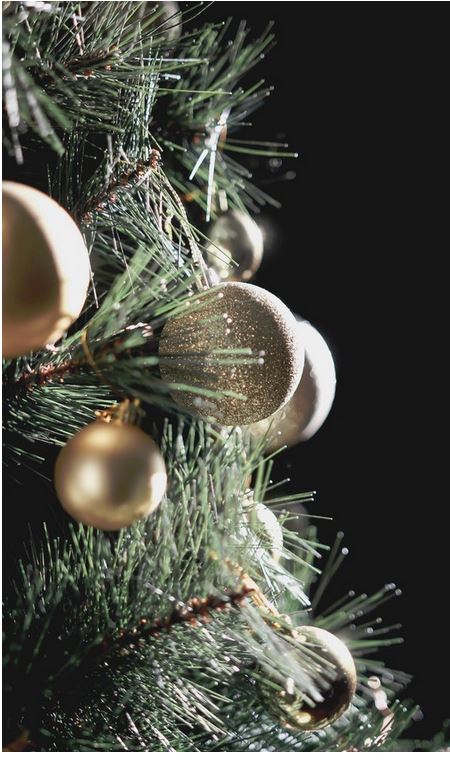 Then I got married, and I regressed into traditions. It was fun to have a tree again, and to decorate it. My husband and I picked up ornaments from places we’d been together, ornaments that were meaningful to him or to me or to us, and all of a sudden there was a box there, with little treasures like the couple of fragile shells from Florida – the streetcar from San Francisco – the kitschy little Mickey Mouse thing from Disneyland – the glass hummingbird – the crystal snowflakes – the hand-painted Kokopelli sphere from Arizona – the ornament I got as a cast member for “Harvey” in our local commnity theatre – the twin hearts suspended in a glittery gold sphere. And the lights, underneath it all. And the tinsel shimmering in those lights. We had a tree in Florida where it was almost ridiculous (we were happily putting on SNOWFLAKE ornaments on a tree in FLORIDA…) – a real tree, the kind that you walk into a home and you smell straight away, the scent of fir that was instant Christmas spirit.
Then we moved to the PNW, one spring. That summer, my husband had his stroke. He could no longer help with the tree, in any way shape or form.
For a while, we persevered – and we had a tree delivered (rather than going to get it ourselves because I couldn’t wrestle a tree all by myself because of that dicky shoulder of mine) and it was set up for us by the people who delivered it, and then we paid to have someone come pick it up at the end of its useful life. And we had our lights, and our ornaments, and our scent of fir.
After a while it became a little bit too cumbersome and expensive so instead of a real tree, we made a one-time investment of a good quality fake tree which could be set up and taken down at leisure. My dad helped me wrestle with that, in its era – take out the three separate sections of the thing and snap them together, shake out the fake branches until they started to vaguely resemble the real thing… but it was never quite right. There was no scent t it. The tree was pretty and just as well decorated as any other had been but it was not real. It could not be real. But we went through the motions…
…and then my father was gone. And for five years now… I just haven’t hauled that tree up from the place where it is hibernating in the workshop, still in its box. I haven’t had the heart. Our ornaments sleep in their box, dreaming of the memories they represent.
Oh there are still packages. I am my father’s daughter after all and I WRAP STUFF. Not nearly as perfectly as he does but I like the little pile of christmas-wrapped packages waiting there, even though most of them are quite silly and some are useful things that are simply wrapped as a christmas offering because that’s the time of year (I know I have socks waiting for me in that pile somewhere, for instance). There are parcels… but there’s no tree.
There are times I miss the tree. There are times I see the ghost of it flicker in the corner where it used to stand, almost reproaching me. But I simply don’t have the energy for doing this myself, dragging up the artificial tree, wrangling it, putting up everything… and then taking it down again a couple of weeks later. I remember the joy it used to give me – that hasn’t gone away – but I just… I am just not that person any more.
I regret that. I have lost a vital piece of my childhood somewhere, that childish joy in things that are frivolous but beautiful and that give heart’s ease and soul’s rest just by existing. Pragmatism has won in the end. There is nobody to really have the tree for any more. We’ll have to settle for ripping the Christmas paper off packages on Christmas morning because that is a moment that stays an enduring childllike joy (no matter that I already know what’s in every package, because I pretty much wrapped all of them…)
But there’s no tree.
There won’t be a tree again, probably. Ever.
And the thought of that makes me almost unbearably sad.