Which door would you pick? 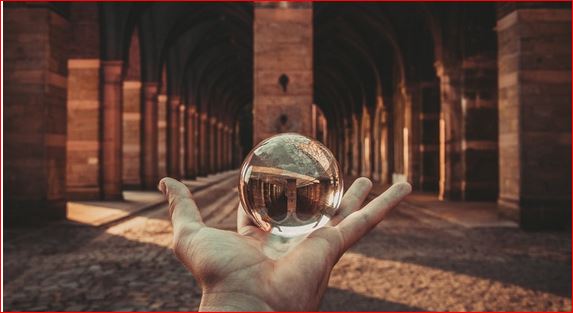 There was a question posted in LiveJournal a few years back: You find yourself in front of seven identical doors. A voice from above tells you, “These doors lead to seven different places: Narnia, Neverland, Wonderland, Hogwarts, Camelot, Middle Earth, and Westeros. Which door do you go through?”
Well, first of all I would add two more doors that lead into my own worlds:
Syai, the China-that-never-was-but-might-have-been, either in “The Secrets of Jin-shei” or the book set in the same world hundred of years later, “Embers of Heaven.”
Worldweavers, the home of Thea Winthrop and Elemental Magic, where you could walk and talk with Nilola Tesla and Corey the Trickster.
Okay. My answers on the original seven because asking an author which of her own worlds  she would choose to live in is like asking her which of her children she loves best:
First off, the obvious NO: Westeros. I’ve never read the whole entire series but what I’ve seen of the TV show basically tells me that unless I step out of that door on the far side as ALREADY a queen (and even THEY often don’t fare all that well), my life would tend to be short sharp and brutal and thank you very much. I’ll pass. Besides, for some reason, what I HAVE seen of George R R Martin’s epic I’ve enjoyed on the level that it’s a punchy story that rolls you forward but on some deep and fundamental level it just never did satisfy me.
Narnia – if you has asked me this question when I was 14 I would probably have run, not walked, to Narnia. Particularly if I could meet Aslan (who was not, after all a TAME lion). There was just… something. Something magical.
But then I fatally read, or was educated about, the stuff between the lines, and Narnia lost its gloss. I can still love it, and enjoy it, but there is a tight wary part of me that wants nothing to do with the allegorical layering within it and I do NOT want to end up where I think I would end up if I went there, with Aslan magically transforming into one of those religious-postcard blue-eyed Jesuses with an expression of inexpressible beatitude and an attitude of “you will be just fine if you do what I say you do and think only what I say you think”. I’m sorry, but I’m way beyond that. I have my own ideas. If I could be guaranteed Aslan and ONLY Aslan, I might consider it. Otherwise…
Neverland and Wonderland share a particular characteristic which means I’d love to visit but not stay there long term – an overwhelming preponderance of the twee and the whimsical. In the case of Alice – particularly in the Looking Glass books – you might say that it all means an entirely different thing and that if you pay attention you might actually understand this and have an experience that is vastly different from what you think you are seeing. And while I do ADORE Lewis Carroll’s obvious and irrepressible love of language – if I had to LIVE with that I’d be insane in short order. I’d probably TURN into a Jabberwock and start eating people.
Hogwarts – oh, I don’t know. There are wonderful things in that world. There are also things that make me roll my eyes mightily and go, oh, REALLY?!? And learning pig latin to do spells… would lose its charm fast.
Which leaves us with Camelot, and Middle Earth.
Camelot was an enduring love affair, for me. I LOVE the Arthurian cycle (well, the parts of it before it turns into a Christian tract and the only thing that matters is finding the metaphysical equivalent of salvation in the shape of the Holy Grail. But it had a power to it that I responded to, the power of PEOPLE living a MYTH.
When I was 19 I even wrote an entire novel from the POV of Guinevere (and discovered that it was a damnably difficult thing to do because she could not POSSIBLY know half the things that I needed her to know in order to carry the plot forward, without resorting to silly little-girl tricks like listening at doors…) Given a chance to go through that door and find myself in Camelot… ah, well, the rub here is WHICH Camelot, and what I will find there. But this one would tempt me. Tempt me hard.
In the end there is only one door for me, though, and I am sure those of you who know me picked this one for me right from the start.
I am a Tolkien girl.
For a very long time I have lived and breathed Middle Earth. I may not know Quenya, but my heart speaks that, and Entish, and knows how to sing “Misty Mountains” in the original tongue of the Dwarves who wrote it. I understand this world, and I treasure it. In fact, I hardly need to open that door and step through… because I am already there.
I’ve been there for as long as I know.

I have written a new short story set in a world I may revisit some day: Val Hall, the Bruce Wayne Foundation-funded Home for Retired Superherors (Third Class). It’s all about…well, you’ll just have to read it.
A note about Patreon: as publishing changes, most authors need new sources of income. If you would like to help me continue writing about wizards and Weres, Jin-shei sisters, and girls who rise from the gutter to Empress, consider pitching in with a small monthly pledge. For the cost of a latte or two you too can become a patron of the arts.

~~~~~
Wired asked writers to create 6-word SF stories
Gown removed carelessly. Head, less so. – Joss Whedon
More from Wired HERE
~~~~~
If you found this blog post amusing, interesting, or helpful, then use the icons below to share it with other readers, writers, family, or friends.