I have just sent out the first edition of the long promised newsletter. PSA:  It may have its share of the usual startup problems, which I hope will be worked out by the next edition. If you received the first one and you find things that need fixing, let me know! 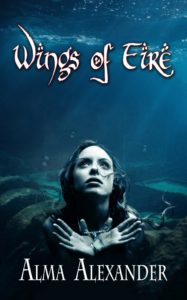 There’s going to be news on what’s going on in the writing life, special offers, snippets of works in progress, news about my newest book, currently Wings of Fire…).
Ask questions, if you like. Tell me what you want me to talk about, what you want to see, what you want to know.
And there will be the occasional quiz. Here is a quote from one of my books. I would be DELIGHTED if you know and recognize it I will tell you if you are right in the next newsletter…
“She muttered a soft curse under her breath. The kitten’s tiny, vulnerable face, the delicate suckling on {…}’s finger,the scrabbling little wounded paws… […] jabbed a repair hook too deeply into the rope sole of her broken sandal, annoyed at the kitten’s insistent hold on her mind’s eye. She had interfered because two of the torturers had been Guard, damn it all, not because she was a bleeding heart for waifs and strays.She didn’t care what happened to it, after. She didn’t. She could swear she didn’t.She was glad the little thing had clung to life, but she’d tried to dismiss the creature from her orbit and she had every intention of forgetting about it. Especially now that she knew it had survived.”
What book is this from?
If you would like a copy of the next newsletter, drop me a line at AlmaAlexander@AlmaAlexander.org

~~~~~
Museums I have known
A matter of faith

It was Sunday and the Montreal 2009 Worldcon was done, so a friend – Canadian West Coast novelist Donna McMahon – and I decided to go for a wander in the cobbled alleys of Old Montreal. We finally washed up on the stone steps of the chapel known as Notre Dame de Bon Secours.
You could enter directly into the gorgeous church itself, full of gilt and glory and stained glass, or you could tiptoe past all that along a narrow corridor to the side of the place, leaving the chapel itself till last, and buy tickets for the attached museum as well as access to the chapel’s tower which promised views of the river and the rooftops of the Old City. 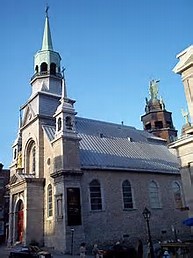