Sun of a foreign sky

Crowd-funded stories of war and exile to help refugees

The time has come for the stories from the ragged edges of silence to be given a voice, stories that will shine a light on some of the most painful conditions that a human being can endure: existence as an exile, a migrant, a refugee.
“Children of a Different Sky” is a crowdfunded anthology of short stories and poems from many authors you know – Jane Yolen, Brenda Cooper, Marie Brennan, Joyce Reynolds-Ward, Patricia McEwen, Jacey Bedford, Irene Radford — and many others, some of whom may be unfamiliar to you, writers who might have a more intimate, more visceral, connection with the pain of exile.
Any money collected beyond the costs of publication will be donated to organizations working to help the dispossessed human tides of our era.
You can learn more about the project at the crowd-funding website HERE 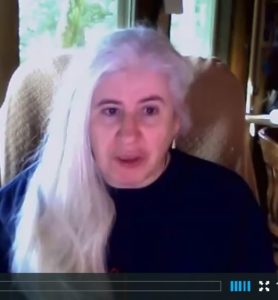 Included on the website is my video explaining how it works and why I think it is so necessary. (Another link below)
I am one of the unmoored myself, although I was not driven from home by war like so many recent refugees.
But at age 10 I did leave the country of my birth, the ground where the bones of my ancestors are buried, where their ghosts walk, where a sliver of my spirit lives still, lives always. I understand on a visceral level what it means to be FORCED to leave a place one calls home.
Back in the land I come from, there is a beloved poet called Aleksa Santic, and a beloved and well known poem entitled, “Ostajte ovdje” – “Stay Here”. Young children of my heritage and culture know these lines – they are engraved on the souls of the humans of my nation.
Loosely translated,  with poetic license, they read:
Stay here – the sun of a foreign sky
Will never warm you like this one in your own heaven
Bitter is the bread in that place                                                                                   Where you you’re among strangers and not amongst your brothers.
This anthology is an effort to make sure that the dispossessed are not forgotten. It is my attempt to help save both the souls and the bodies of those who now need us most.
If you marched in any city in the world…if you had the courage and the fury to join the thousands who protested Donald Trump’s heavy-handed refugee/immigrant travel ban in the last days of January 2017, I salute you.
Supporting this crowdfunding effort is another way you can help.
Watch the video and give what you can HERE

In a story at Bustle, Charlotte Ahlin writes: “Let’s clear something up right away, though, because some people seem to be confused: refugees are human. 100% of refugees are real, human people trying to survive, like you and your friends… Whether they go on to be famous authors, or Steve Jobs’ parents, or just ordinary, non-famous human people on the planet, every refugee deserves to live in safety.” 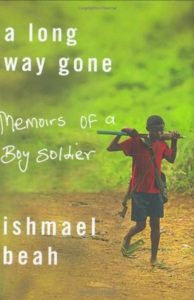 Ishmael Beah
At age 12, Ishmael Beah fled his home and family following an attack by rebels in Sierra Leone. At age 13, he was picked up by the government army and forced to fight as a child soldier for over two years. Beah was finally rescued by UNICEF, and eventually made his way to the United States, where he is now an author and human rights activist. A Long Way Gone is his harrowing, powerful memoir of his life as a boy soldier.
See all the authors at the Bustle website HERE 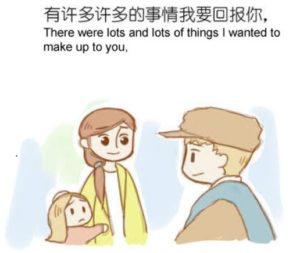 I posted this story and a link to it more than a year ago, but it still keeps getting rediscovered and reopened. It is an incredibly moving poem.
“But You Didn’t” Poem Translated & Illustrated by Chinese Netizen: by Fauna

Publishing is in flux and most authors need new sources of income to remain full-time writers. If you would like to help me continue writing about wizards and Weres, Jin-shei sisters, and girls who rise from the gutter to become an Empress, consider pitching in with a small monthly pledge. For the cost of a latte or two you too can become a patron of the arts.

Details on how you can help can be found HERE

Blind is a man without a book ~ Icelandic proverb