Why do we keep some books forever? 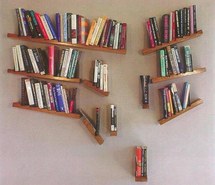 Sometimes I get an urge to run a finger down my bookshelves and remember books – why I got them, why I loved them, why I still own some but not others, what it is that makes a book get tenure in my library.
I still have a bunch of the early Asimov stuff – the robotics stories, the  detective-in-the-stars tales – and this is what I cut my SF teeth on… it was my password – “Hello stars, Asimov sent me”.
I still love some of the robotics stories, but it’s a sentimental affection. I, and the world, have moved on from the early simple sweet Asimovian storytelling. Comparing Asimov with, say, Stross, is like going from a Newtonian to an Einsteinian universe.
I can pinpoint exactly when McCaffrey began to go south on me. It was the Crystal Singer books. Good grief, but that woman was unpleasant. Tough, sure, able to fend for herself, talented, but MAN was she unpleasant. Why would I care about what happened to an unpleasant woman? I read the Crystal Singer books. I no longer own them.
I still have the Dragonflight/Dragonquest/White Dragon trilogy. EVERYTHING that has been said about them in so many other places is absolutely true. McCaffrey tapped into a powerful fantasy with her dragon-human bond – who wouldn’t want to have such a creature for a pet, a friend, a companion? But those books fail me TODAY in that they are too linear, too simplistic, too damned obvious. My tastes have gravitated towards the complex and the layered, the rich and the lush.
I first read Orson Scott Card’s Songmaster novel as a partial published in a magazine. I fell in love with the story, with the power of the tale, with the voice in which it was told, with the compassion and the tragedy that followed the development of the relationships of young Ansset and those who surrounded him, loved him, molded him, ruined him, redeemed him.

I picked up Ender’s Game – and really loved it. But then that franchise ran out of steam fast, and by the third book in that series I was gone.
The original Dune took my breath away then, and still does today. Here was my thirst for complexity slaked, and then some. It was incredible, and powerful, and it found a deep place within me. But the sequels – ah, the sequels – I managed to read the first three. I haven’t touched any since then.
Roger Zelazny’s Amber. I LOVE the original five. I am less devoted to the second set, but I still have them. Those books have full tenure. And not just because one of them happens to be signed.
Mary Stewart’s Merlin books? Keepers, all. One of the best and most powerful tellings of a story told many, many times. Spider Robinson’s stuff – ye gods, do I have to explain? The man’s a Pun King, and for someone similarly afflicted his books are a constant joyride of rolling-eye groaning delight. Keepers, again – and once more not because one of them is signed thusly: ‘To Alma, who obviously has The Callahan Touch herself.’
What else have I got there? Gene Wolfe? Larry Niven? Michael Moorcock?
Guy Gavriel Kay? Oh, him I’ve got – ALL of his books I’ve got. I could rank them for you, sure, from the astonishingly sublime (Tigana) to the merely magnificent (Song for Arbonne, Lions of Al-Rassan). I’ve got ’em all. He’s a keeper. Always will be.
Glenda Larke – friend and colleague – who understands story, worldbuilds with passion, and Writes Good Character. Keepers. Newer favorites, like Catherynne Valente, Elizabeth Bear.
Some books get bought, get read, get evicted. Others… stay.
They’ve got their hooks into my heart and my memory, somehow, and they are more than just the contents of a bookshelf. They are a set of signposts for the literary road I’ve traveled so far. They are not possessions. They are that part of me that is – that part that CAN be – written in other people’s words. They represent the bits of my mind and heart and spirit which THAT writer, THAT story, made possible.
So. What’s on your bookshelves, then…?
The complete version of this can be found at the Book View Cafe HERE
~~~~~
In a lithub interview, Joyce Carol Oates talks about: 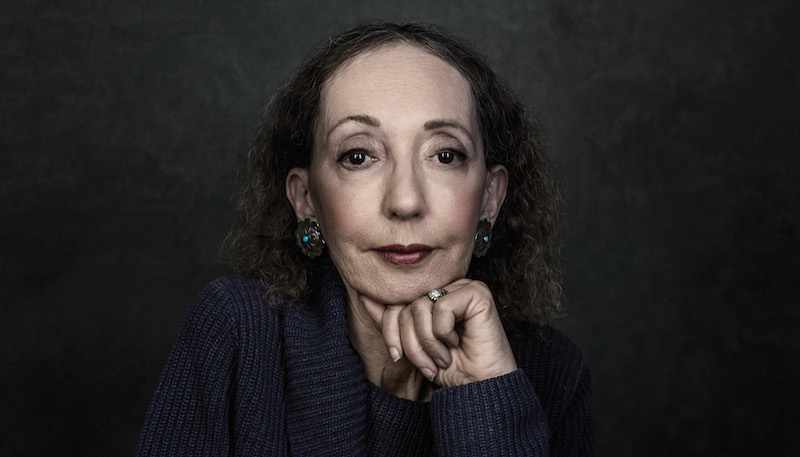 Joyce-Carol-Oates- Photo Dustin Cohen
“The internet can provide a kind of visual beauty, but it does not seem somehow permanent, or “objective”—it can so readily be replaced by the next image. A book on a table, in the hand, on a shelf seems to exude a degree of integrity and “there-ness” totally missing in the digital world. However, I do much of my reading online and even on an iPhone. There is nothing wrong with this, and such reading is far better than no reading at all.”
Read the whole interview at lithub.com HERE
~~~~~
At bustle.com, Joan Didion offers

Jemal Countess/Getty Images Entertainment/Getty Images
“I write entirely to find out what I’m thinking, what I’m looking at, what I see and what it means. What I want and what I fear.”
Sound just like me.
Read the whole interview at bustle.com HERE
~~~~~
What would happen if a first-born child is promised to two different witches? someone asked.

The question was irresistible. I began writing a short tale.
To read my version of the story, consider making a small donation HERE
~~~~~
Quote of the Day 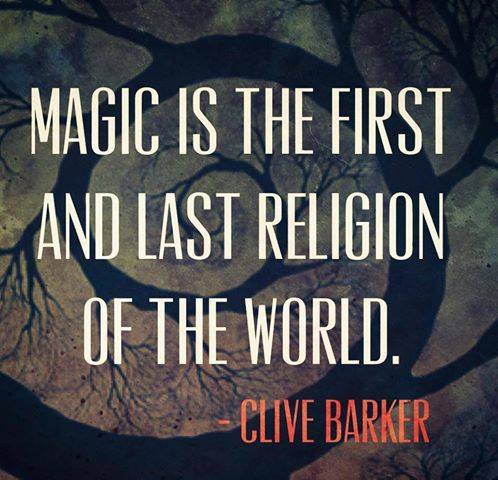 And it is one that all fiction writers bend their knee to.