A candle in the bitter dark

#HoldOnToTheLight is a campaign encompassing blog posts by fantasy and science fiction authors around the world to raise awareness about treatment for depression, suicide prevention, domestic violence intervention, PTSD initiatives, bullying prevention and other mental health-related issues. My contribution is below.      -0-
~~~~~~
There was this throwaway conversation about a compelling What-If — what happens if the same first-born child is promised to two different witches? There was even a brand new niche subgenre coined for the resulting tale. 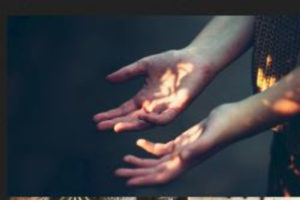 I said,
“That’s almost irresistible.”
“So why are you resisting?”
I was asked , and so I stopped.


To read my version of the newborn “morewitchcentriclesbianfairytaleromcom” literary genre, think about making a small contribution HERE
~~~~~

At offtheshelf.com, Kerry Fiallo offers us a meta reading experience. “Here are thirteen great novels in which books play a prominent role—usually instigating the plot.”

First Impressions, by Charlie Lovett
A Jane Austen superfan takes a job in a London antiquarian bookshop when two different customers request the same obscure book. What should be a simple inquiry turns into a gripping mystery about the true authorship of PRIDE AND PREJUDICE. Bibliophiles will love this compelling novel celebrating the love of books.
See the other selections HERE
~~~~~

A candle in the bitter dark

No story worth telling – no matter how meticulously planned – has ever survived intact its first encounter with good characters, or the first really unexpected twist in the plot.
That transformation is precisely what happened to me when I set out on the story journey that turned into my YA series, The Were Chronicles.
Let me give you just a little bit of a background snapshot. Someone put out a call for a new anthology which would revolve around the idea of Were-creatures – but “not wolves”, the guidelines said emphatically. “Give me something OTHER than wolves.”
I immediately came up with the idea of the Random Were – a kind of Were-critter hitherto unknown (or at the very least unexplored) in the genre literature. Randoms were Weres who had a primary form, to be sure – and yes, that could really be anything so long as it was a warm-blooded creature (as in, no insects, no fish, no snakes). Without any further stimuli it would be this primary animal form that they would assume when their time of change came – they would Turn at the full moon, like every other Were, and stay in that shape for their three changed days before they return to being themselves.
But if any Random, at the cusp of their transformation,  so much as glimpses something ELSE, another creature, anything warm-blooded that isn’t themselves or their primary form… THAT is the shape they will assume. That happened to a character in my own novel, an unfortunate farmyard accident ensured that she went through  the rest of her life as a Were-chicken.
The comedic potential for all of this is high and the original story I started to write was, well, light. And comic. And possibly laugh-out-loud. But it didn’t stay that way. Much like the Random of the title, my story seemed to catch a glimpse of something very different and much darker, and turned into that instead.
The story that came out of all of this was not simply a light-hearted Were-critter yarn. It changed into a story which was, as one reviewer said, more about what it means to be human than what it means to be a Were. My changeling creatures became avatars, taking on the mantle of everyone who has ever been feared, mistrusted, mistreated, herded, concentration-camped, studiedly annihilated… because they were different from the rest.
And this story turned into a very sharp light that shone starkly into the dark shadows where the bullied and the battered souls lived.
Without spoiling the books, let me just tell you that Celia, one of the pivotal characters of this story, a Random Were by birth, accidentally Turns into an animal shape in front of the eyes of her entire school filled mostly with Normals, not Were, because she was too close to her Turn. From the moment that she is seen changing into a cat, she is marked – as someone with a scarlet letter on her forehead, perhaps, in this instance a large red W.
In Celia’s world, the Were have been marginalized by strict laws which have been promulgated “for their own safety” but which mean that it is impossible to run away from being one in a normal everyday society.
Much like a parallel pattern in our own historical reality, in the manner of, perhaps, the yellow stars forced on Germany’s Jewish population during a period not too long ago, my Were are permitted to live amongst and mingle with the “Normal” human population but only if they carry identity cards which are marked with a paw print. The mark of “shame”. The mark of being different and therefore fair game.
Celia’s life descends into nightmare. Her peers, goaded by the mores and expectations of their society, begin to make her days miserable. And because she is still a child, under control of authority figures who choose to take the side of the bullies, there is literally nobody to whom it is possible to appeal for help.
I did not sugar coat it. I wanted it to be stark and brutal and terrifying. And for poor Celia, that’s exactly what it was.
Paraphrasing one of my favorite G K Chesterton quotes, the value of fantasy lies not so much in scaring our children with the idea that dragons exist – but in giving them hope and courage in grasping the thought that they can be defeated.
It is invaluable for someone who feels lonely, isolated, backed into a corner, despised, feared, and cast out by a society to which they desperately want to belong to know that although it might often seem that way *they are not alone*.  And my story grew the dark wings of a brooding and dangerous kind of a guardian angel – the kind that doesn’t necessarily defend you against harm but which arms you against it so that you learn how to stand up to it all by yourself.
When I was young, I was a solitary, bookish child, often by myself, and certainly (given my peripatetic wandering childhood) always somehow *other.* I was lucky in that I was never bullied for it. I was simply left alone. But that doesn’t mean I don’t know what being bullied is like, I’ve seen plenty of it. I can understand what gives it form, strength, power. I can feel the pain visited upon the victims. 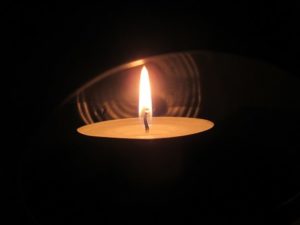 What all of that does mean is that I found myself writing a story which was vastly more important than the one I thought I was embarking on when I started out. I was holding out a light in a dark place. Perhaps it wasn’t a flaming sword – perhaps it wasn’t making a victim into a warrior, at least not directly – but this story turned into writing on the wall, “You are not alone.”
That is a powerful message, and it resonated with readers. I got feedback about how much it mattered to someone who had either direct or indirect experience with these things. It was a story which may have been hard to read, for some. It might even rate a trigger warning, for some. But the catharsis was very real, too, and this story – this #HoldOntoTheLight story that was born out of a moment of lighthearted whimsy – is perhaps the most important thing I have ever written, or might indeed ever write.
This is a fantasy that is more real than I would have believed possible – and it is at once an indictment of what people do to other people who are deemed to be “not-us” and therefore ripe for being dehumanized and called enemies, and a shining story about how at least one of those marginalized people stood up and took matters into her own hands and said “No more”.
Everyone matters. It is sometimes hard to get people who have been downtrodden or hated for a long time to believe that truth about themselves. That’s why a story which shows them that they own their own place in the universe can be so important. Sometimes it’s very dark out there, when you’re the only one holding a tiny flickering candle – and sometimes it just helps when someone else steps up beside you holding another.
You still have to wait for the sunrise to see things in the bright light of another day – but sometimes, truly, all it takes to drive away a sense of darkness and keep your spirits up through the remainder of the night is knowing that you aren’t out there in the shadows all by yourself.
~~~
#HoldOnToTheLight believes fandom should be supportive, welcoming and inclusive, in the long tradition of fandom taking care of its own. We encourage readers and fans to seek the help they or their loved ones need without shame or embarrassment. Please consider donating to or volunteering for organizations dedicated to treatment and prevention such as: American Foundation for Suicide Prevention, Home for the Warriors (PTSD), National Alliance on Mental Illness (NAMI), Canadian Mental Health Association, MIND (UK), SANE (UK), BeyondBlue (Australia), To Write Love On Her Arms and the National Suicide Prevention Hotline.

To find out more about #HoldOnToTheLight, find a list of participating authors, or reach a media contact, go HERE 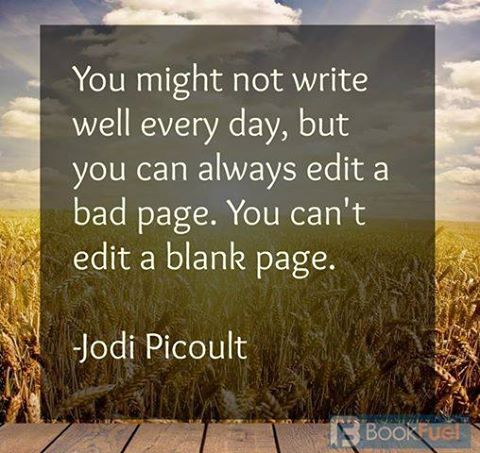