I guess this could explain a lot about me. My readers will have to decide.

At History Buff, Caroline Wazer, writes that Dr. John Harvey Kellogg—the same guy who invented corn flakes in an attempt to “cure” people of masturbation—called novel reading “one of the most pernicious habits to which a young lady can be devoted. When the habit is once thoroughly fixed, it becomes as inveterate as the use of liquor or opium.” 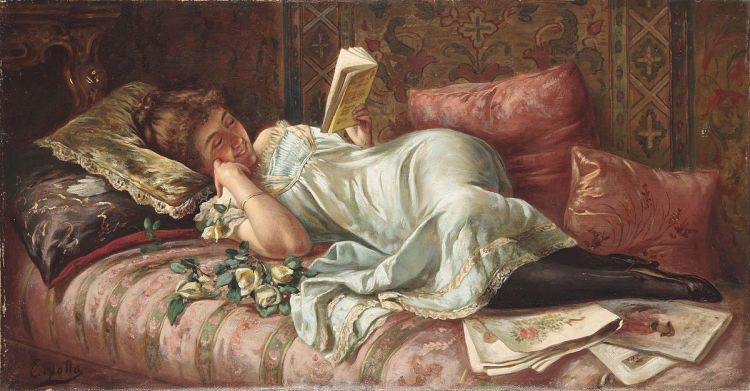 The idea that reading novels was a really bad idea for ladies had been suggested in an article not-so-subtly titled “Novel Reading, a Cause of Female Depravity,” which was published in a British journal all the way back in 1797.The author claimed to have personally witnessed the moral decay of several young female readers.
Similar beliefs were held by many medical doctors of the period.
Read the whole story HERE
~~~
At Dangerous Minds, Tara McGinley offers us

A list of reasons for admission to an insane asylum

You probably won’t be surprised to see that novel reading is on the list. 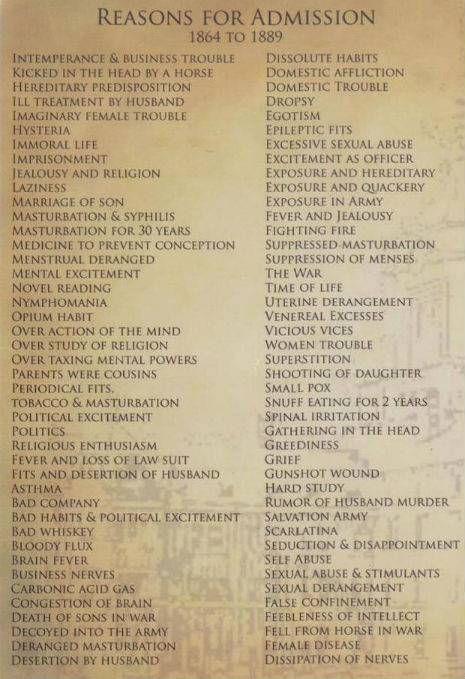 After viewing this list of what could have gotten you admitted to West Virginia’s Hospital for the Insane back in the late-1800s, McGinley says, “I’ve swiftly concluded that the criteria was rather all-encompassing. Who among us is a stranger to what’s on this list?”
In this century, she adds, it looks more like a “wish list” for Dr. Phil’s guest bookers!

At Salon, Anne Boyd Rioux reminds us that two books on many best-of-2015 lists were written by women who died in virtual obscurity, Clarice Lispector and Lucia Berlin. The republication of their stories was big news.
Lit Hub even declared 2015 “The Year of Rediscovered Women Writers.”
Feminist scholars have been recovering forgotten women writers, generations of Shakespeare’s and Melville’s sisters, as some called them. But virtually all of them are disappearing again.
A case in point is the phenomenally talented American writer Constance Fenimore Woolson, one of the most highly regarded American writers of the 19th century. Critics hailed her as America’s “foremost novelist.” 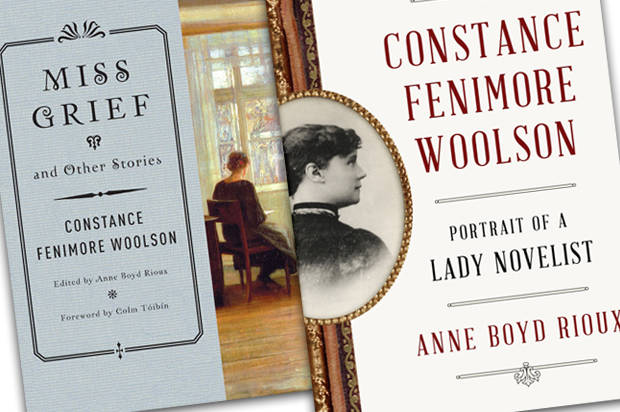 Yet, almost as soon as she died, Woolson faded from view. At the turn of the 20th century, the cadre of male critics and scholars busy forming the American literary canon decided to completely ignore essentially all of the dozens of women writers who had made names for themselves. And for nearly a century, it appeared as if women writers simply didn’t exist, except perhaps as third-rate magazine writers who churned out sentimental drivel.
Read the whole story HERE
~~~~~
The New Republic gives us the story of another woman writer erased from history in an article entitled 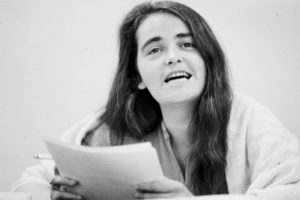 Frank Tewkesbury/Evening Standard/Getty
The return of the book is well-timed. “Think of the discussion surrounding Jonathan Franzen, a writer who now garners as much ire for the antifeminism legible in his novels as he does for sexist remarks made in interviews.
Or consider Rebecca Solnit’s back-and-forth with one men’s magazine last year.
When Solnit mocked Esquire’s list of “80 Books Every Man Should Read,” she pointed both to the omission of female authors and to the troubling representation of female characters. Many of these books, she argued, were essentially “instructions in women as nonpersons.”
When male readers fired back, Solnit responded, citing Millett, that books shape men’s views on women and sex—and some books suggest men have a right to both at will. The line between literature and life looks very thin once again.”
Read the whole story HERE
~~~~~
THIS & THAT
A novel written by AI passes the first round in a Japanese literary competition

It may be time to add ‘novelist’ to the list of professions under threat from super-smart computer software, David Nield writes, because a short story authored by artificial intelligence has made it through to the latter stages of a literary competition in Japan. It didn’t scoop the top prize, but it’s not a bad effort for a beginner.
Read the whole store HERE
~~~ 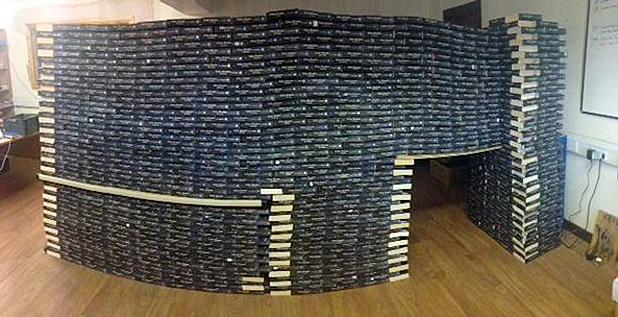 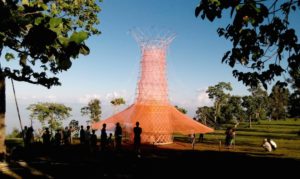 Harnessing drinking water from thin air sounds like magic. However, the Warka Water structure harvests rain, fog, and dew. The system is inspired by design cues from naturally found forms, like termite hives and cactus spines, and combined them with low-cost, locally found materials to create a sculptural and biomimetic tower.
Read whole story HERE
~~~~~
About me    My books    Email me    Get My Newsletter
If you found this blog post interesting, amusing or helpful, then please use the icons below to share it with other writers, readers or the guy next to you on the subway.