Up to a challenge? 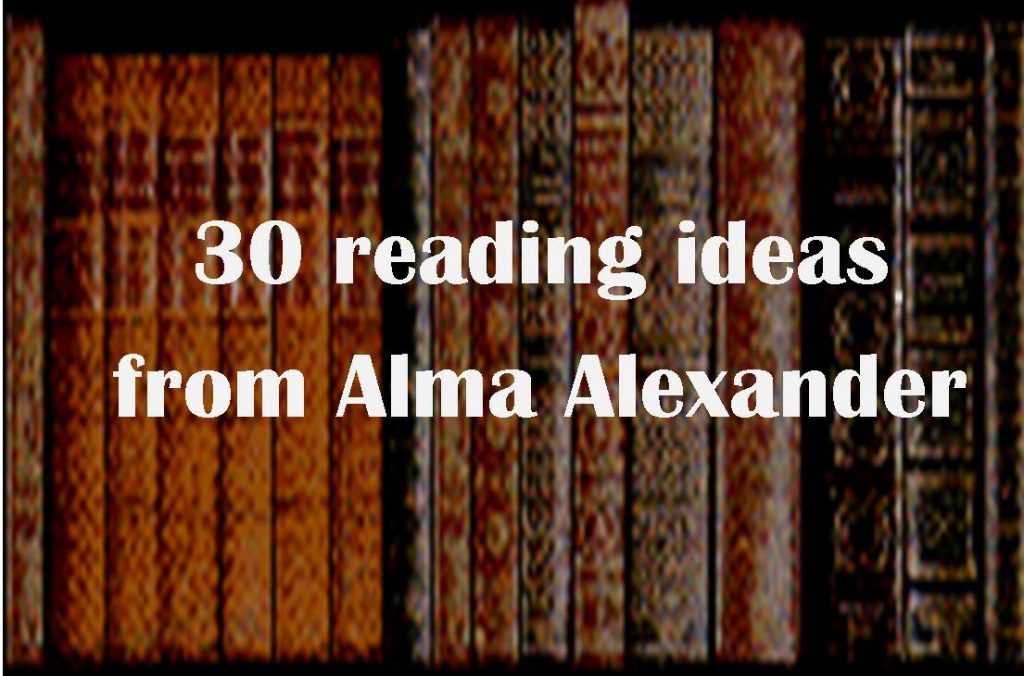 I’ve seen several reading lists floating around, most of specific titles, a few consisting of interesting categories…and not so interesting categories.
An example of the latter is “a book by or about a celebrity”, something that should not be on anyone’s bucket list. You know the best definition of a celebrity? Someone who is famous for being famous. God knows we see enough of celebrities on the internet and the TV why would you want to throw good money at them by buying a book that some poor schmoe of a ghostwriter probably wrote for them in the first place?
But I do have a few reading suggestions:
A childhood favorite: Let’s start with a bit of nostalgia. A warning, though, rereading these things can be devastating when you discover that some things don’t match up to your glowing childhood memories of them.
A classic: One you have already read, or one you missed. If you’re rereading it, I guarantee you will see it differently this time.
A recent NYT bestseller: Does it match up to the hype?
A book that’s the first thing to catch your eye when you walk into a bookstore.
A graphic novel.
A YA book by a writer you haven’t heard of before.
A historical novel: Pick your own time period and feel free to grade the author’s research.
A space opera.
A fat fantasy: There are more of these out there than just Game of Thrones. Go LOOK.
A book by a writer you personally know or have heard of through social media.
A book about a culture you are unfamiliar with.
A travel book.
A memoir or an autobiography, and NOT a celebrity’s.
A book of poetry.
A foreign writer’s book which has been translated into English.
A book from a “best of” list in a genre of your choice.
A book that is about a protagonist different than you — different gender, different race, different culture, different sexuality, etc. — which you will read with a truly open mind.
A book about animals.
A non-fiction book about an important issue, social, political, environmental, doesn’t matter – something that affects the world you live in. Educate yourself.
A book you need to cover with brown paper in order to take it out in public.
A book that raises an issue that makes you uncomfortable, or asks a question you may never have quite articulated to yourself.
A book which pays tribute to the senses other than just sight – i.e. a book about music, about food, about perfumes…
A book about the future.
A book set in Europe.
A book set in Asia.
A book set in South America.
For American readers – a book set in a different part of the USA than the one you know/live in.
A book about loss.
A book that you’ve seen made into a movie but have never read the actual book before.
A book that falls under the umbrella of ‘magical realism’.
Enough for you to start with? Happy 2016. Happy reading. 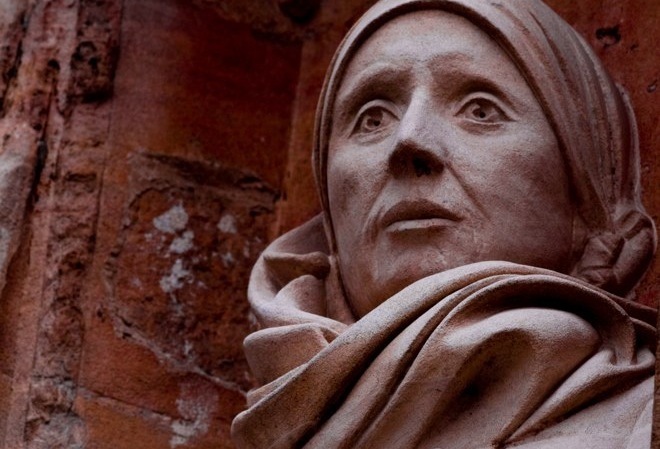 A statue of Julian of Norwich – (Image: rocketjohn/Wikimedia)
From the 12th to the 16th centuries, a few hundred people in England called anchorites, mostly women, chose to live their lives shut up in a room attached to a church, Sarah Laskow writes in Atlas Obscura. One of them, Julian of Norwich, wrote the first published book by a woman in all of English literature.
Although they had just two or three small windows letting in a sliver of the outside world, anchorites were influential.
Julian’s fame came in part from her mystic visions that she described in a book, “Revelations of Divine Love“, in which she describes the sixteen visions she had. One of the most often-cited parts is her vision of God with all of creation:
“And in this vision he also showed me a little thing, the size of a hazelnut, lying in the palm of my hand, as it seemed to me, and it was round as a ball. I looked at it with my mind’s eye and thought, ‘What can this be?’ And the answer came in a general way, like this: ‘It is all that is made.'”
Read the whole story HERE
~~~~~
Quote of the Day 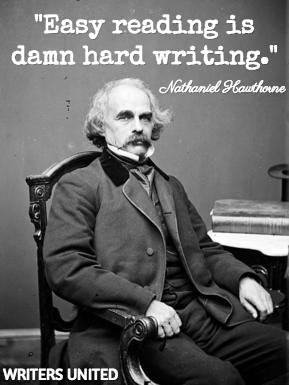 And that’s the absolute truth!
~~~~~
Alma Alexander      My books      Email me
If you found this blog post interesting, amusing or helpful, then please use the icons below to share it with other writers, readers or the guy next to you on the subway.