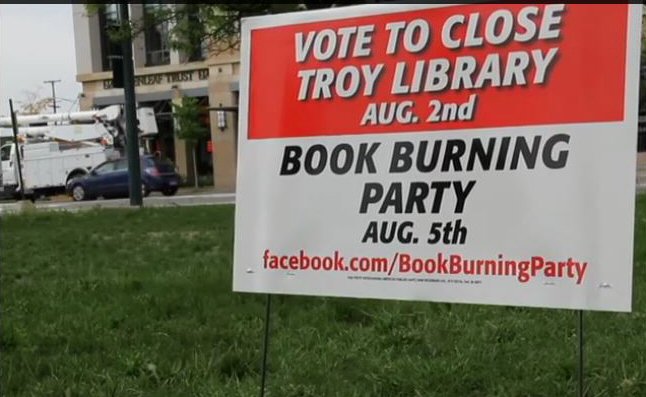 The fine folks of Troy, Michigan were in a financial bind and wanted to pass a small tax to keep the library open. But Tea Party activists came out in droves and the conversation changed from saving the library to taxes, taxes, taxes, taxes, taxes, taxes, taxes,
The library was in trouble until…
See the story and video of a brilliant idea HERE
~~~~~
Top 10 wartime love stories
When the U.S. and NATO attacked the country of my birth, I was so furious that I nearly got sick. When I expressed my anger in a newsgroup I loved, a few people there told me basically to sit down and shut up. I found a way to channel my feelings when a man in the group suggested we write a novel together about the war in the form of an exchange of emails between an American man and a Serb woman living under the bombs.
It evolved into a wartime love story, ‘Letters from the Fire‘, and was published in New Zealand (it’s now available online) just when the war was ending. My co-author and I were later married.
So I have a particular interest in this story in The Guardian by Ayelet Gundar-Goshen, author of the novel, ‘One Night, Markovitch‘, which starts on the eve of the second world war.
“Novels that combine love and war set up two eternal rivals on the battlefield,” the author says, “Eros and Thanatos. Man’s capacity for love, compassion and creation clash with humankind’s ability to destroy, crash and kill. It is from the bloody wrestle between Eros and Thanatos – or from the sweaty coitus of these two – that literature is born.”
She selects some of her favorites. For example:

Love across the divide… the 2014 film version of Suite Francaise. Photograph: The Weinstein Company/Allstar
Suite Franc?aise by Ire?ne Ne?mirovsky: When she started writing her novel in 1940, Ne?mirovsky didn’t know that she wouldn’t live to see a printed copy. She was murdered in Auschwitz in 1942, and the manuscript was found 60 years later. Her portrait of a French village during the Nazi occupation includes the love story of a Nazi officer and a French woman whose husband is a prisoner of war.
Read the whole story HERE
~~~~~ 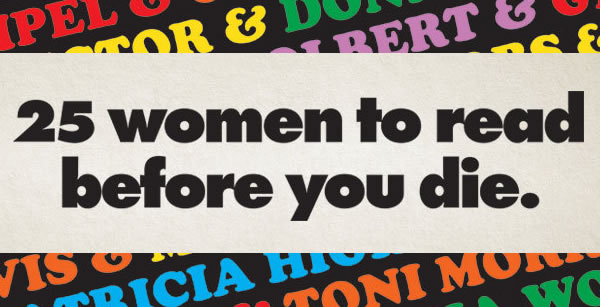 These are the 25 women chosen by Powell’s staff for their vision, their fearlessness, their originality, and their impact on the literary world and beyond.
One example:

Chimamanda Ngozi Adichie: Adichie’s ability to write with compassionate, brilliant prose about topics such as civil war, political strife, immigration issues, race, cultural differences, and love has earned her well-deserved critical acclaim. Adichie’s most recent novel, Americanah, parallels some of her own experience as a Nigerian coming to America for the first time to attend college. Alternating between the present and past, Ifemelu tries to adjust to her new temporary home, learning what it really means to be black in America. A poignant, funny, sometimes scathing look at the reality of being a new immigrant in the United States — especially from an African perspective — Americanah is an unforgettable work of literature not to be missed. – Jen C.
See the other 24 authors HERE
~~~~~
10 Books You Pretend to Have Read
At io9, Charlie Jane Anders tells us why we should really read them. For example: 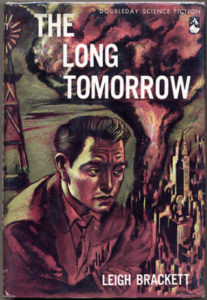 The Long Tomorrow by Leigh Brackett: This 1955 novel is one of the first books to take place after a nuclear war, by the co-writer of The Empire Strikes Back. “I don’t understand why it isn’t acknowledged as a Great American SF novel — probably because all those people who have said they’ve read it haven’t,” says Nicola Griffith. “The opening third reads like a King James Bible for the American myth: sure, rhythmic, and implacable The Long Tomorrow is a brilliant piece of work — not perfect; Brackett was a product of her time, with all the cultural problems inherent in that caveat — but an amazing leap forward for the genre.”
See the other 9 books HERE
~~~~~

Without even looking at the BuzzFeed list by Anjali Patel, I can assure you that I’ve read most of them. But my husband is not a fantasy fan, despite his spouse, so I had him try. He got 18 out of 75, a rather pathetic score, that. Sigh.
Can you do better than my husband?
~~~~~
Why Coloring Could Be The New Alternative To Meditation 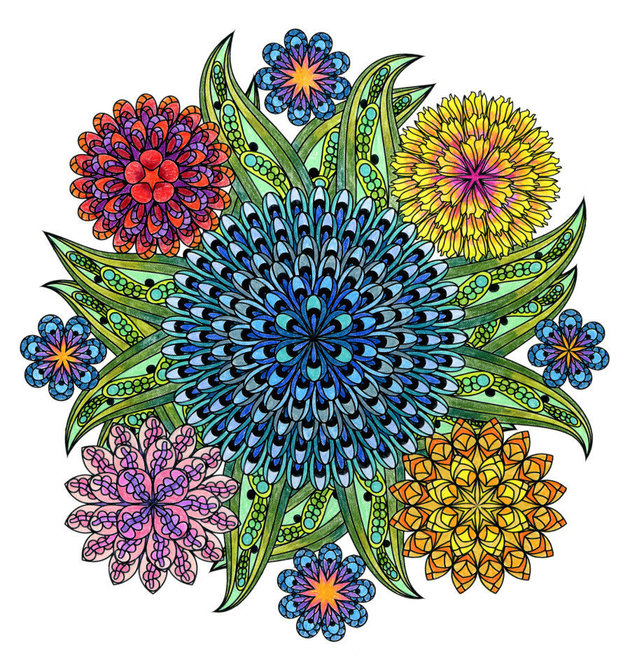 Coloring Flower Mandalas
Rediscover your inner kindergartener, Priscilla Frank urges in the Huffington Post, noting that six of the top 20 selling books on Amazon are adult coloring books.
The unlikely pastime for those of us who have successfully graduated from kindergarten has been gaining popularity of late, as an easy means to express oneself and de-stress along the way.
Read the whole story HERE
~~~~~
No Comment Dept. 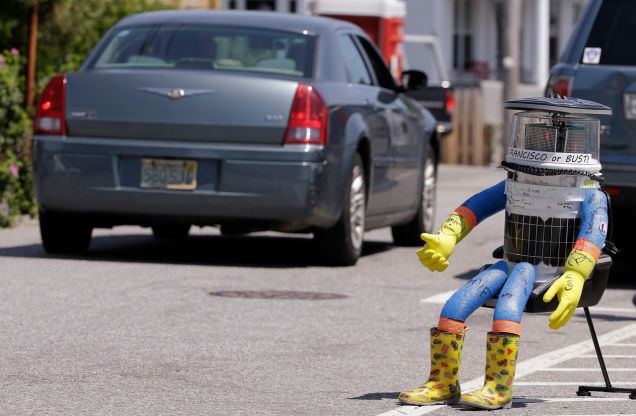 Hitchhiking Robot Lasts Just Two Weeks in US Because Humans Are Terrible
~~~~~
THIS n THAT
The Intelligence Test That Thomas Edison Gave to Job Seekers
I got 50.7% right of the 146 questions, But the stuff I missed or got wrong… who invented the cotton gin? (really? I should know this off the cuff? Or care?) or what is the speed of sound (why would anyone not directly involved with this, like perhaps an aeronautical engineer, have things like this – which you can look up any time you need them – just dancing at the forefront of your brain?) or ambiguous questions which I answered one way – just as correct – but not the way their answers specified? And anyway, the answer to at least one of those questions was probably Nikola Tesla… which would have given Edison an apoplexy and I wouldn’t have got the job anyway…
Take the test HERE
~~~
Audiobooks.com has just announced a partnership with Android Auto which allows listening to audiobooks in cars. This is the second car related partnership for Audiobooks.com, which is already in Apple’s new in­-car platform CarPlay.”
~~~~~
Quote of the Day
“We now have a single, corporate entity (Amazon) that exerts a dangerous amount of control over the channels of free expression that sustain our democracy…That is not good for bookstores or for authors, and it is not good for democracy.” ~ Mary Rasenberger, Authors Guild
~~~~~
Alma Alexander     My books     Email me