Must he be likeable?

In one of the most polarizing (series of) books I know, books which you either despise or passionately defend against all blasphemers, there is a character known as… Thomas Covenant.
I am in THAT camp. The one over there. The one whose collective reaction to Thomas Covenant was to tell him to, oh, just DIE already or should just GET OUT OF MY WAY and stop whining about everything. I could not get past the UNLIKEABLILITY of the protagonist. I could not get past it to the point that I simply could not find anything he said or did sympathetic, or understandable, or even defensible.
In one sense that might be considered a vindication – ANY character that creates that strong a reaction is its own kind of success; it’s a memorable character, and does not suffer from the wishy-washies in any way shape or form. Love him or loathe him, Thomas Covenant is someone you REMEMBER,
So – just how important is it to whether or not you read a book, to whether you are ABLE to read a book, is a character’s basic likeablity? If you honestly and genuinely dislike/hate/despise the character who carries the story – for reasons that are good and true FOR YOU – can you ever allow yourself to get past that and read the story and even reach – if not sympathy – then an understanding?
There’s a reason I ask.

I wrote a book called “Random”. That book was narrated by a young lady by the name of Jazz, and Jazz had an older brother, Mal. In “Random”, Jazz;s book, Mal is a secondary character – an important one, to be sure, but still, secondary. Mal is (at the moment in which this book takes place) seventeen-going-on-eighteen, he’s a Bad Boy, he gets into fights, he’s moody and bitter and sarcastic, even vicious. To summarise, he’s something of a troubled teen. Readers of “Random” noticed him, however – they noticed his PRESENCE. Some called him intriguing and said that they were looking forward to seeing more of him. Others just called him “whiny”, and “hard to like”.
Ah. Unlikeability.

The second book in this series, ‘Wolf’, came out not so long ago… and it is an answer to those who wanted to know more. This is MAL’S book, HIS version of events, told in first person, from the inside. And the responses have been … interesting.
Some readers have called him a “hostile witness”. Some say he still whines, at least in the beginning of the book. All true. He is all these things, and more. He is, as I said, a troubled teen. At least one reader who loved ‘Random’ confessed (after she bit into ‘Wolf’) that she was uneasy about a whole book with Mal at the helm because she hadn’t really liked him in the first book. And there it was in a nutshell, the potential problem on my hands.
I had created a Real Boy and I had a character on my hands who would not bend to public opinion in order to become likeable. He was the way he was because of good solid reasons. These reasons would be touched on and explored and explained in ‘Wolf’, and in my eyes they made this character one of the best people I’ve ever written about, flaws and all. But would those people who had found him unlikeable in the first book… follow him far enough into the second to learn more about him?
The reader who confessed to her uneasiness about Mal’s being promoted to protagonist… also confessed to being in tears at the end of the book.
And to me, that is the story. This is a character who was tempered by life and events over which he either had no real control or which he might have botched his choices on… and it is a character who then took on the consequences of these events and these choices and made something real and unique and strong out of them. Built a life. He may not have easily fit anywhere, into any sort of box or slot, but that was okay – in the end he shaped the box to fit HIM.
I respect that. I admire it. I know that this is a flawed character, someone with cracks which are both deep and wide… but those cracks did not break him. In the manner of those wonderful Japanese pots, where cracks and crevices are fillled in with gold which both repairs them and throws them into stark relief – they are fixed, but their existence is freely confessed and not hidden or swept under a rug in any way. This is a character who allowed his damage to make him a better person, a stronger person, who used his cracks to build a more solid foundation on which to raise himself into something better, something bigger, something that transcends.
This is not an easy thing to do, and the process of doing it might render a character… somewhat less than likeable. But for those who persevered with Mal, the rewards were there. They ended up at the book’s conclusion with tears in their eyes – but they were the tears of triumph. If they stuck with him long enough, if they stayed the course which he had set himself to run and ran it at his side, he redeemed both himself… and the reader. He grew.
In the end, what makes a character in a work of fiction compelling? Likeablity (someone who is a cast-iron Hero with a Capital H and can do no wrong) or Respect (for someone who might have failed, might have failed hard, or often, but who will not let failure have the last word in his life)?
Read ‘Random’. Then read ‘Wolf’. Go meet Mal. I promise you, he’s worth it,
~~~

For more on Mal, check out the guest post I wrote about his creation for Angela Cabezas at Angela’s Library HERE.
~~~
And then take a look at Angela Cabezas’s review of Wolf:
“I loved watching Mal come into his own over the course of this book, rolling with everything the Lycans throw at him, even the stuff wholly outside of his comfort zone. He grumbles, and struggles, and balks…and then he grits his teeth, puts his head down, and soldiers on, because it’s the only way for him to move forward. It was so rewarding to see this grouchy, self-pitying boy grow and mature and become someone I was so proud of.”
Read the whole review HERE
~~~~~
In honor and loving memory of a lion called Cecil, a blog entry I wrote on LiveJournal a few years back
The First Star, and the First Candle
“I had a farm in Africa, at the foot of the Ngong Hills.”
Since the first time I picked up Isac Dinesen and met Karen Blixen, I’ve been transfixed by that first line. This is someone writing from love and memory, a sentence steeped in the scent of regret and remembrance, looking back at something forever lost.
The veils between worlds are so thin out in Africa that in some places they barely exist at all and it is entirely possible to look up at a sky streaked with wildly improbable sunsets – or out across the open savannah, alive with herds of gazelle and wildebeest and zebra, from a viewpoint halfway up a mountain slope – and have the perfect sense, enough to lift the hairs on the back of your neck, that you are looking at something that is entirely otherworldly, adrift in time and in space, something “once-was but never-to-be-seen-again” or something that is yet to come and that you have no business whatsoever knowing about right here and right now. 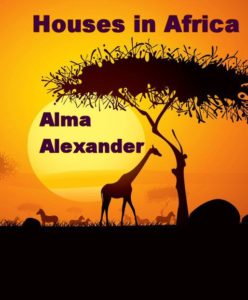 My own foothold in Africa was not a coffee plantation on the slopes of a Kenyan mountain – but I walked those dusty roads and even wrote a book about it.
I touched Africa, and it touched me, and there is a mark where it touched me which will never go away again.

When 12-year-old Mathew Flores asked Ron Lynch for extra junk mail because he couldn’t afford books, the mailman posted a note on Facebook…
Read the whole story HERE
~~~~~
10 Of The Best  #TenThingsNotToSayToAWriter  Tweets
Twitter’s trending hashtag proves writers are even more misunderstood than we thought (especially poets).
I joined in on my Twitter page with a couple of my own, including this one:
‘Oh… and who are YOU?” (overheard at a mass signing, from a fan glancing at another writer next to a Name…)
Read the whole story HERE
~~~~~
THIS n THAT 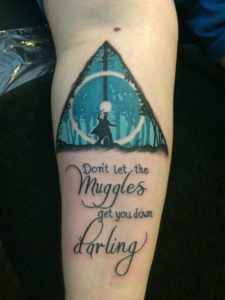 Where did Morse and Lewis get their names? The Guardian asks,
Detective duos in fiction quiz HERE
~~~ 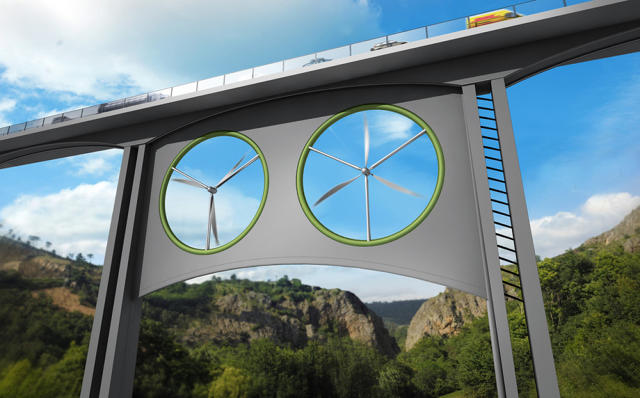 One problem with wind power is that it’s expensive to build and hard to find the space. Problem solved.
~~~~~
Alma Alexander      My books      Email me
If you found this blog post interesting, amusing or helpful, then please use the icons below to share it with other writers, readers or the guy next to you on the subway.