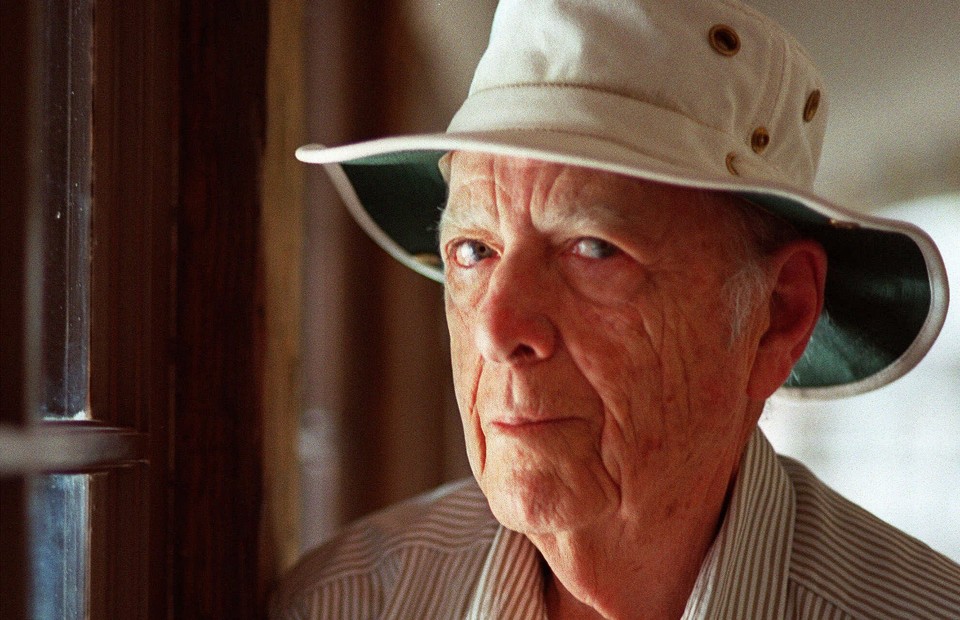 Herman Wouk, The Atlantic
The Great (War) Novelist America Forgot
Herman Wouk, just about to turn 100, deserves more critical acclaim than he’s enjoyed, an article by David Frum argues in The Atlantic.
While Herman Wouk may have made his name for books on war, to me his name has quite different associations.
I found ‘Marjorie Morningstar’ (in translation) on my mother’s bookshelves back when I was still a pre-teen. I read it several times, first when i was quite young, then later, when I was just the right impressionable teenage age. 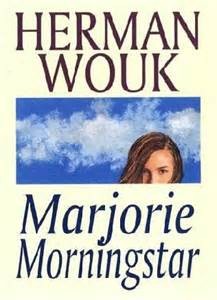 Marjorie Morgenstern-as-was, the bright and beautiful and burning girl full of dreams of glory, lived in a world far removed from my own, both in time and in space (she belongs to the first half of the twentieth century, and to a gilded American world of which I knew nothing outside of books). But there was something about her story that reached out to me.
The distillate of the tale is the fact that Marjorie “grew up”, and abandoned her childish dreams and fancies. The “Morningstar” persona rose like a sun, and then, after its day was done, set again, and the next day was a different and workaday one. She stopped being a dreamer and a bright butterfly in the summer haze and became a solid, solemn, proper matron settling into her proper role in life, accepting … I don’t know… something ordinary, something lesser, something safe, something “Real” as opposed to the gossamer dreams fo her youth.
She herself no longer recalls those days, that girl, but she is not gone. Because there is someone who DOES remember her, will always remember her, the young man who fell in love with the dream in her soul when she was young.
He meets her again many years after their first encounter, after the first and last kiss they shared. And it is in his memory of her that Marjorie Morningstar lives again.
But his memory is elegiac, shadowed,, bittersweet/ He knows she “settled”. He knows that his limits were always small, and he too has settled or will settle for a life on the ground. But he remembers – as Marjorie herself does not, will not, cannot – that bright careless rapture of that shared summer of their youth. And of all of that long book, and of all the things that Herman Wouk ever wrote, it is the last line of this particular passage that had taken root in my heart, the line that I still remembered all these many years later:
~~~
And if she wasn’t the bright angel I thought, she was a lovely girl; and where is that girl now? She doesn’t even remember herself as she was. I am the only one on the face of God’s earth, I’m sure, who still holds that picture in a dim corner of memory. When I go, that will be the end of Marjorie Morningstar, to all eternity.
Yet how beautiful she was! She riises up before me as I write – in a blue dress, a black raincoat, her face wet with rain, nineteen years old, in my arms and yet maddeningly beyond my reach, my beautiful young love, kissing me once under the lilacs in the rain. I have known most of the pleasant things I can expect in this life. I’m not famous or distinguished, but I never really hoped I would be; and my limits have been clear to me for a long time. I’ve had the success I aimed for. I’ll go on working, and I’ll have mroe success, I’m reasonably sure. I’ve had the love of good looking women. If I”m fortunate, I may someday have what Milton Schwartz has, and what’s been denied me: a wife I love, and children, and a warm happy home.
But one thing I know now I’ll never have – the triumph I once wanted above everything on earth, the triumph I promised myself when I was heartsick boy, the triumph that slipped through my fingers yesterday, once and for all. I will never have that second kiss from Marjorie under the lilacs.
~~~
I myself am older now and I understand even better – I understand the resignation, and the sense of loss, and yet the sense of utter glory that a memory like this exists at all, is clung to, is refused the sanctuary of oblivion and of “the ordinary”. That second kiss under the lilacs has been something that has haunted not just that young man who never received it… but a young woman who carried someone else’s kiss into her own future, and built her own memories upon it.
The Frum piece in the Atlanic says that over his long career, Wouk has achieved all the wealth and fame a writer could desire, or even imagine. His first great success, The Caine Mutiny (1951), sold millions of copies and won him a Pulitzer. Wouk’s grand pair of novels, The Winds of War and War and Remembrance, likewise found a global audience.
Read the whole Atlantic article HERE
~~~~
The other day I mentioned Heidi as the first book I had read as a child. It comes up again in Emma Oulton’s story about
10 beautiful literary locations that inspired beloved novels
One of them that Oulton talks about is Maienfield, Switzerland, aka the setting for Heidi

The exquisite Swiss area where Johanna Spyri grew up has become a total tourist trap, to the extent that it has been renamed “Heididorf,” or “Heidiland.”
Slightly tacky as this may be, when you’re looking over the spectacular landscape of the Alps, you won’t much mind.

Another example:
Home in Anne of Green Gables 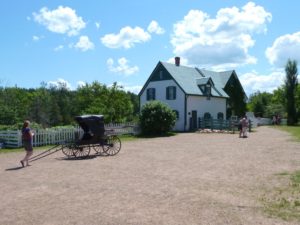 Green Gables Farm in Cavendish, Prince Edward Island
L. M. Montgomery made this island farm famous through her Anne of Green Gables series.
Visitors to the farm can see the place where Montgomery spent the first 37 years of her life, but also the landscape she imagined onto it: from the schoolhouse to Diana’s house to the babbling brook.
Read the whole story HERE
~~~~~
The Books of

“Among the many reasons we’ll be sorry to see the end of Mad Men”, Rich Rennicks writes in The New Antiquarian, “is the bravura way the writers have woven literary references into the show. Characters have been seen reading books that were popular at the time as well as obscure volumes that explored themes they would have found very meaningful at the time.
e.g.

Babylon Revisited and Other Stories by F. Scott Fitzgerald:
Betty Draper developed a taste for Fitzgerald after flirting with a young man who recommends she reads “The Diamond as Big as the Ritz.” We assume we should read Don as the patriarch in that story, who had everything he could want, but was never happy. We suspect Betty saw the parallel.
— Incidentally, a couple of seasons later, Betty’s daughter Sally is seen reading The Twenty-One Balloons by William Péne du Bois, which is basically the same story as “The Diamond as Big….” It’s a subtle joke that both mother and daughter are thinking the same thing.
Read the whole story HERE
~~~~~
The Fun Side Of Libraries
There’s just something about a library, Claire Fallon writes at Huffpost, “its well-thumbed, plastic-sheathed bestsellers and dusty shelves of obscure treasures, all just waiting to be picked up and enjoyed by you.”
Alex Johnson, the author of Improbable Libraries, agrees and his book documents unusual and visually striking libraries from across the globe in hopes of bringing “the fun and entertaining side” of libraries back into a conversation that’s become dominated by doom and gloom about their finances. 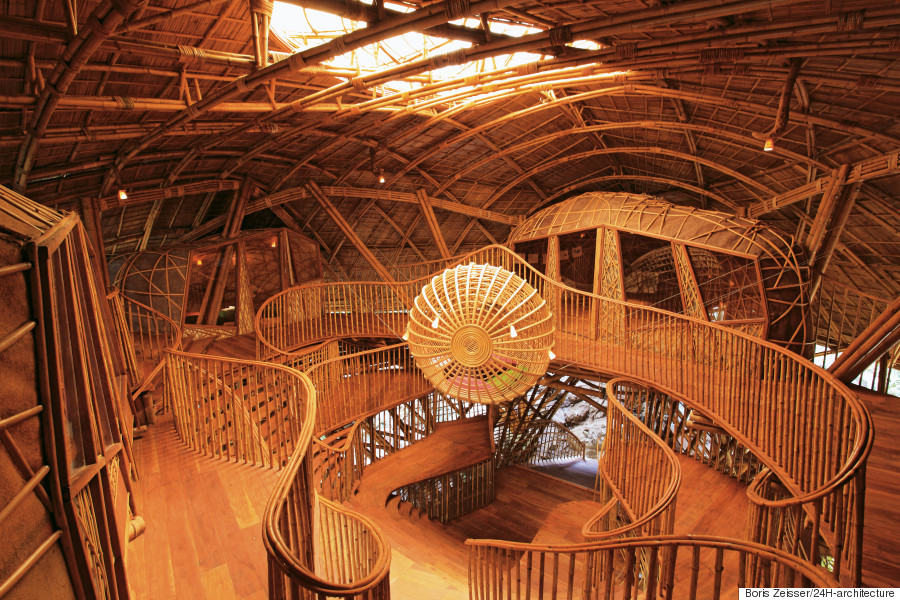 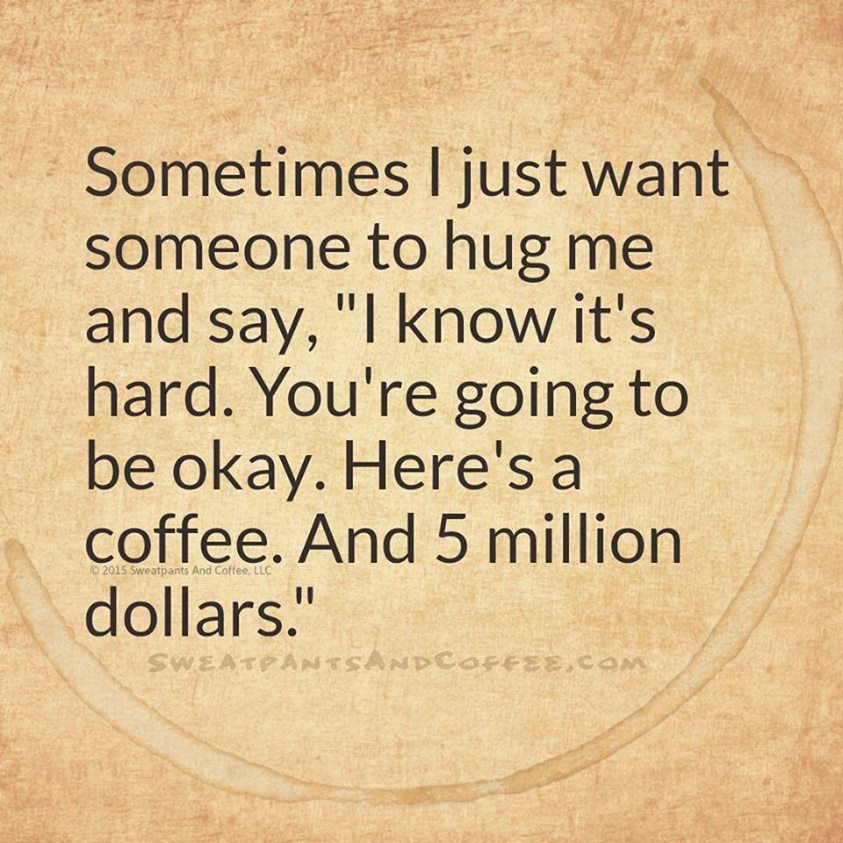 ~~~~~
Alma Alexander    My books     Email me
If you found this blog post interesting, amusing or helpful, then please use the icons below to share it with other writers, readers or the guy next to you on the subway.