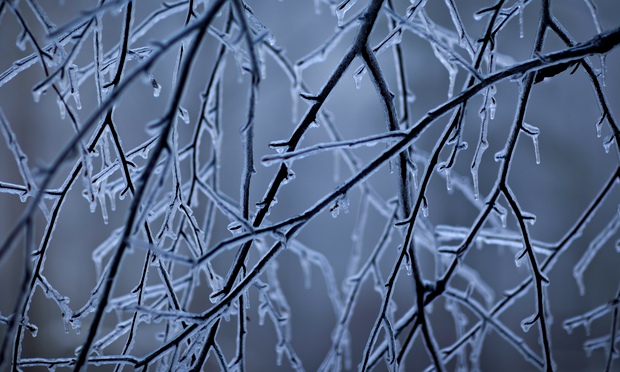 Ice on trees and snow on the ground, beauty mixed with danger. Photo: Jim Lo Scalzo/EPA
In The Guardian, Richard Hirst gives us ghost stories by the fireside and perilous journeys in the snow: from Emily Dickinson to Raymond Briggs, great writing that gets to the heart of the coldest season.
And the first tale is: Sir Gawain and the Green Knight, anonymous (14th century)
This, one feels, is an early example of a tale to be told by firelight. At the court of King Arthur, the winter festivities are disrupted by the arrival of a spectral green knight. There is a duel, in which the knight is beheaded by Arthur’s nephew, Sir Gawain; he then picks his head up, holds it aloft and promises that the two of them shall meet again. It’s a hell of an opening. The poem only came to light during the Victorian era which, as any Christmasologist will tell you, is the yuletide’s golden age. So much here prefigures the tropes found in modern winter literature: family and friends gather for warmth and jollity, feasting is the order of the day, good cheer is lubricated by heroic quantities of booze … and then the stranger arrives.
Read the rest HERE
~~~~~
Talk to me
Join me at Bitten by Books today to chat about the World of Weres, my new book, and everything.
I’m HERE (today only)
~~~~~
Book Dedications that Basically Say “Screw You”

Image credit: ThinkStock
Not all authors’ dedications are nice. Some—like these—are just plain mean, Arika Okrent says at Mental Floss.
e.g.
This Boy’s Life, Tobias Wolff (1989)
“My first stepfather used to say that what I didn’t know would fill a book. Well, here it is.”
The acknowledgements section of Wolff’s memoir of a difficult adolescence with abusive stepfathers ends on a finely honed knifepoint.
Read the others HERE
~~~~~
Five Destructive Myths Perpetuated by Roleplaying Games
Actually a set of ideas which aren’t only applicable to games, Oren Ashkenazi writes at Mythcreants. “This works for writers, too, in terms of world creation and building up realistic milieux and protagonists with anchors and not just adrift at the whim of the plot.”
For example:
The Explorer Fallacy 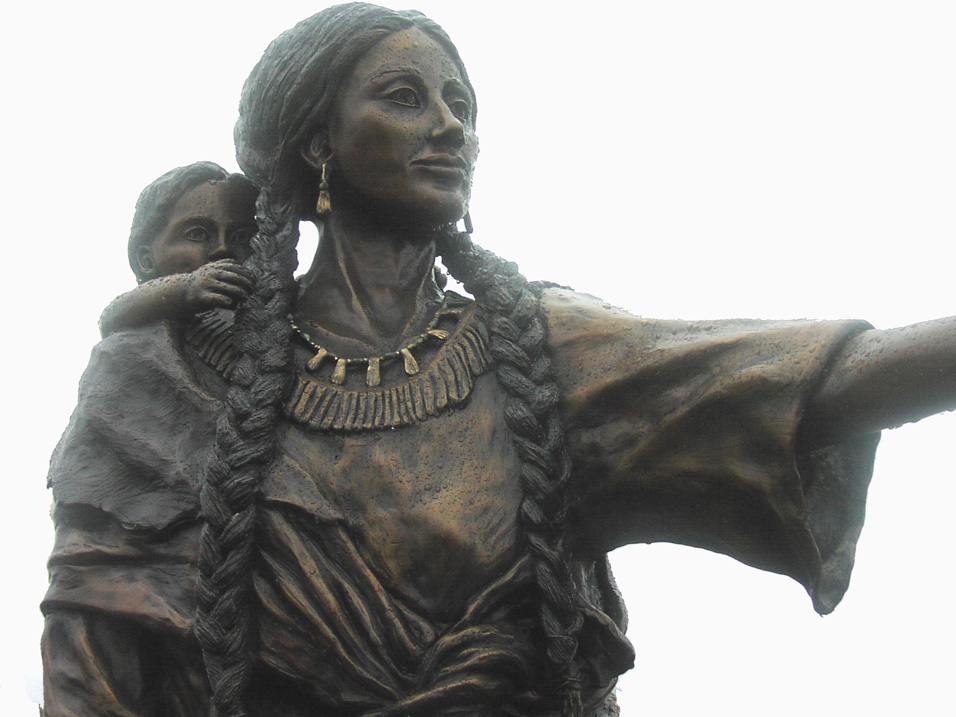 Bronze statue of Sacagawea, without whom Lewis and Clark would have been hopelessly lost.
Western culture has a bit of a fetish for explorers. We idolize them, from Marco Polo to Lewis and Clark…The vast majority of people we think of today as explorers were traveling through places where people already lived. They weren’t conquering untamed wilderness; they were asking for directions and buying supplies from the locals….When natives are mentioned at all, they are documented more as part of the terrain than as actual residents. This is dehumanizing, and it justifies claiming a land’s resources for ourselves. After all, no one was really living there.
Read the whole article HERE
~~~~~
Take The Reading Challenge! 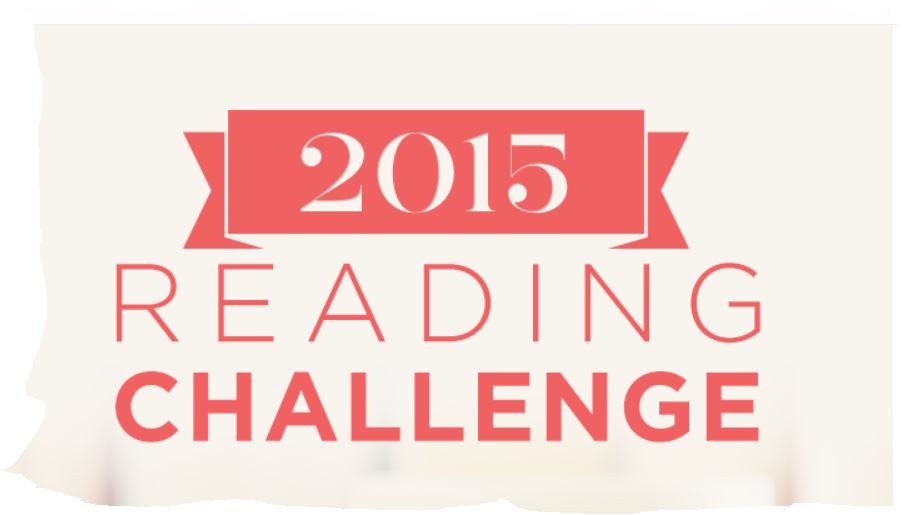 Book-lovers, start your reading engines, Tara Block writes at PopSugar. If one of your New Year’s resolutions is to read more books in 2015, get started now with our ultimate reading challenge. From a book your mom loves to a book with a love triangle, we’re giving you a wide range of reads, spanning eras and genres, instead of specific books. You don’t have to read all 50 books (technically 52, since one is a trilogy), but it’s a fun incentive to diversify your reading — you may be surprised by what you find you enjoy!
See the whole chart HERE
~~~~~
21 Hilariously Misspelled Signs
Spelling is hard. But there’s no exuse to make misteaks like this!
See the other signs HERE
~~~~~
Gentlemen, I’m here to mansplain Dickens … okay?
“Occasionally, I write a column and brace myself for angry e-mail”, Tabatha Southey writes at The Globe, “but I didn’t when I wrote about Ebenezer Scrooge giving Bob Cratchit’s family a turkey at Christmas…protesting e-mail pinged in… I respectfully add Charles Dickens to the List of Things Canadians Are Vehement About.”
“I mostly dearly appreciate reader feedback, as about seven out of 10 times it seems to indicate “reader,” and some were very genial about their criticism. But the number of people willing to die on this Dickensian Goose Hill – and the bodies really did pile up – was striking.”
Read the rest HERE
~~~~~
Quote of the Day
“Ever tried. Ever failed. No matter. Try again. Fail again. Fail better.” ~ Samuel Beckett, Worstward Ho
~~~~~
Alma Alexander      My books      Email me
If you found this blog post interesting, amusing or helpful, then please use the icons below to share it with other writers, readers or the guy next to you on the subway.