7 Essential Books Starring Dysfunctional Families
“Dysfunctional families are no laughing matter”, Off the Shelf reports, “more so when you’re a part of one. Who can stand your mother’s fiery tongue or your brother’s penchant for the absurd? Does Uncle Al always have to preach life lessons around the dinner table? Can’t we just eat for once?” 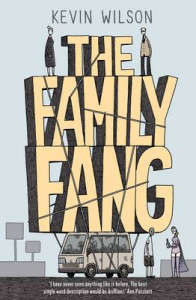 The Family Fang
Kevin Wilson’s take on the art of surviving a masterpiece of dysfunction.
Meet The Family Fang, an unforgettable collection of demanding, brilliant, and absolutely endearing oddballs whose lives are risky and mischievous performance art.

~~~~~
Excerpt from Mike Reeves-McMillan’s thoughtful review of Random, the first book in The Were Chronicles
“Depth and resonance and significance”
“There’s a group of YA authors – I’m thinking of Robin McKinley, Juliet Marillier, Justine Larbelestier, and a few others – who write the kind of books that snooty adults who look down on YA in Internet articles have clearly never read…
“This kind of YA has depth and resonance and significance. It shines a light on the path for young people (young women, in particular) who are looking for courage and a place in the world…


Read the whole review
~~~
Free copies of Random
I am extending my offer of free copies (the ebook version) of Random to an additional 10 people who pledge to leave a review — on Amazon, Goodreads, their own blog, what have you.
Send an email HERE with the subject line “Free Random Offer”
Include:
(1) a valid email address to send the ebook to
(2) a single sentence in the body of the email acknowledging that a review will follow.
“Random isn’t just a story about shape-shifters, it’s a story about humanity. It’s about what it means to be a member of a family, a culture, a race.” ~ Angela’s Library review
~~~~~
All too often, boys shy away from novels which have strong girls as protagonists or major characters; all too often, men refuse to read women authors for fear of … what…? Frankly I don’t know, but I’ve seen it.
Jennifer Schaffer of BuzzFeed offers some suggestions for the next time someone tells you they only like books by dudes.
If You Like This Book By A Man, You’ll Love This Book By A Woman
For example: 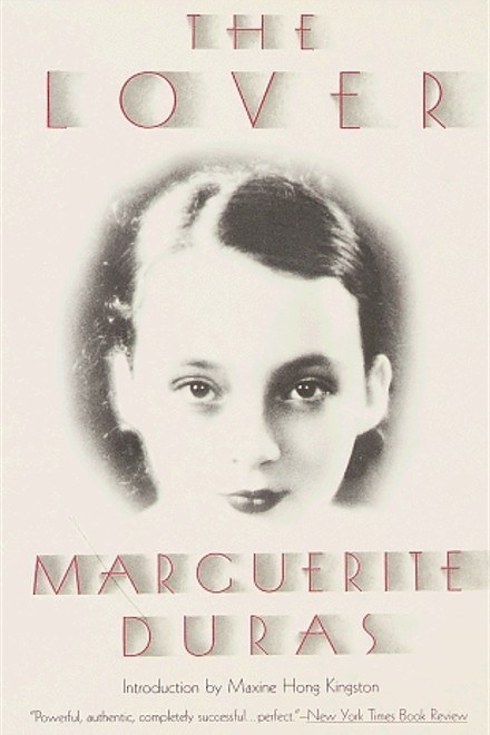 Vladimir Nabokov, Lolita → Marguerite Duras, The Lover
If you were enthralled by Humbert Humbert’s twisted tale in Lolita, try Marguerite Duras’ The Lover. Both novels feature a love story between an older man and a young girl, but Duras tells us the tale from the eyes of the girl — all grown up.
Quotable line: “Suddenly, all at once, she knows, knows that he doesn’t understand her, that he never will, that he lacks the power to understand such perverseness. And that he can never move fast enough to catch her.”
See the others
~~~~ 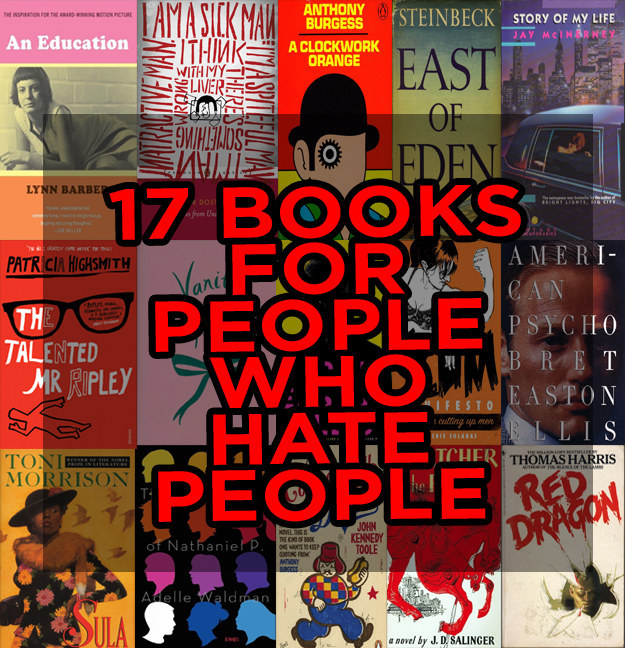 Ira Madison III of BuzzFeed offers some advice and tells you whom you should give them to after you read them.
e.g. 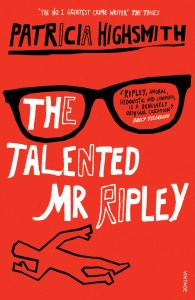 The Talented Mr. Ripley, by Patricia Highsmith
“The fact that I killed this man. It’s not going to change my life.”
Tom Ripley grew up as an orphan and, bitter with his lack of a place in high society, kills a rich guy and steals his life. But the murders don’t stop there, because two can only keep a secret if one of them is dead.
For: People who hate rich white boys in boat shoes. 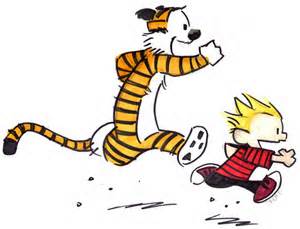 (sodahead.com)
Hobbes, from Bill Watterson’s Calvin and Hobbes
To me, the most important imaginary friend, the most moving, the most delightful, the most grrr-ry, the most graceful, the wisest, most forebearing, most put upon, the funniest and handsomest (certainly the best drawn) is Hobbes. He’s a tiger and he’s perfect.
See the others
~~~~~
THIS ‘n THAT
Says it all
“Schools without libraries are a disgrace” ~ Russell Brand:
~~~
Gabriel Nadeau-Dubois, the winner of a Canadian literary prize, has donated the $25,000 award to a grassroots coalition against the Tar Sands pipeline, sparking a wave of contributions.
~~~~~
Quote of the Day
“Journalism is printing what someone else does not want printed: everything else is public relations.” – George Orwell
~~~~~
Alma Alexander     My books     Email me
If you found this blog post interesting, amusing or helpful, then please use the icons below to share it with other writers, readers or the guy next to you on the subway.