Must Reads for Men !

Flavorwire asked a number of “Feminist Writers” to recommend books “Every man should read.”
My opinion wasn’t solicited. Perhaps it’s just that I’m not considered the card-carrying feminist that my husband says I am. But I’m in favor of the exercise, which came about because a men’s publication made a list of “80 Books Every Man Should Read” that had only one female writer on it.
Do I believe that girls are just as entitled to adventures as boys? Hell, yeah. We don’t want to stay at home and stare longingly at the blue and distant mountains and yearn. Is that feminism? Is writing stories about that carrying a card? If it is, then I have one. I’m one of those girls who set out for the mountains – how could it be otherwise?
Personally, if I had been asked, I’d have recommended the same book that Sonia Saraiya, Salon’s TV critic did — ‘The Left Hand of Darkness’ by Ursula K. LeGuin.
“It so effortlessly dismantles gender norms that it’s kind of shocking the world is still standing,” Sonia says.
Right on, I say.
Instead of getting mad about that men’s magazine list, Elisabeth Donnelly writes, “We here at Flavorwire wanted to counter that vibe by asking our favorite feminist writers what they think “every man should read.” The results were funny, smart, and a true reflection of the complex lives that we all lead. Expand your mind, and find your next favorite book, below.
For example:
Ashley C. Ford, who writes essays, interviews, and profiles recommends ‘An Untamed State’ by Roxane Gay:

There is a line in this book, “It is often women who pay the price for what men want.”
Gay writes brilliantly to this point, revealing how even the good guys are accustomed to getting their way by any means necessary, and how often women are the “means”. Read this to understand what you may never know otherwise: women can be marked by men’s desires, but we can not be defined by it.


Read the article
~~~~~
Read whatever the hell you want!
Should adults be reading books supposedly aimed at children and teenagers? Elizabeth Minkel asks in The New Stateman. According to the literary establishment, she says, this is a question fraught with difficulty. “But is it really as hard as all that?” she asks.
Of course it isn’t. Why are we still even talking about it?
Young adult is a marketing term, no more. I write both “Young Adult” and adult books and I think you would be hard-presssed to tell me how they are different. I don’t write down to young adults, don’t use simpler language, or present a simpler world. 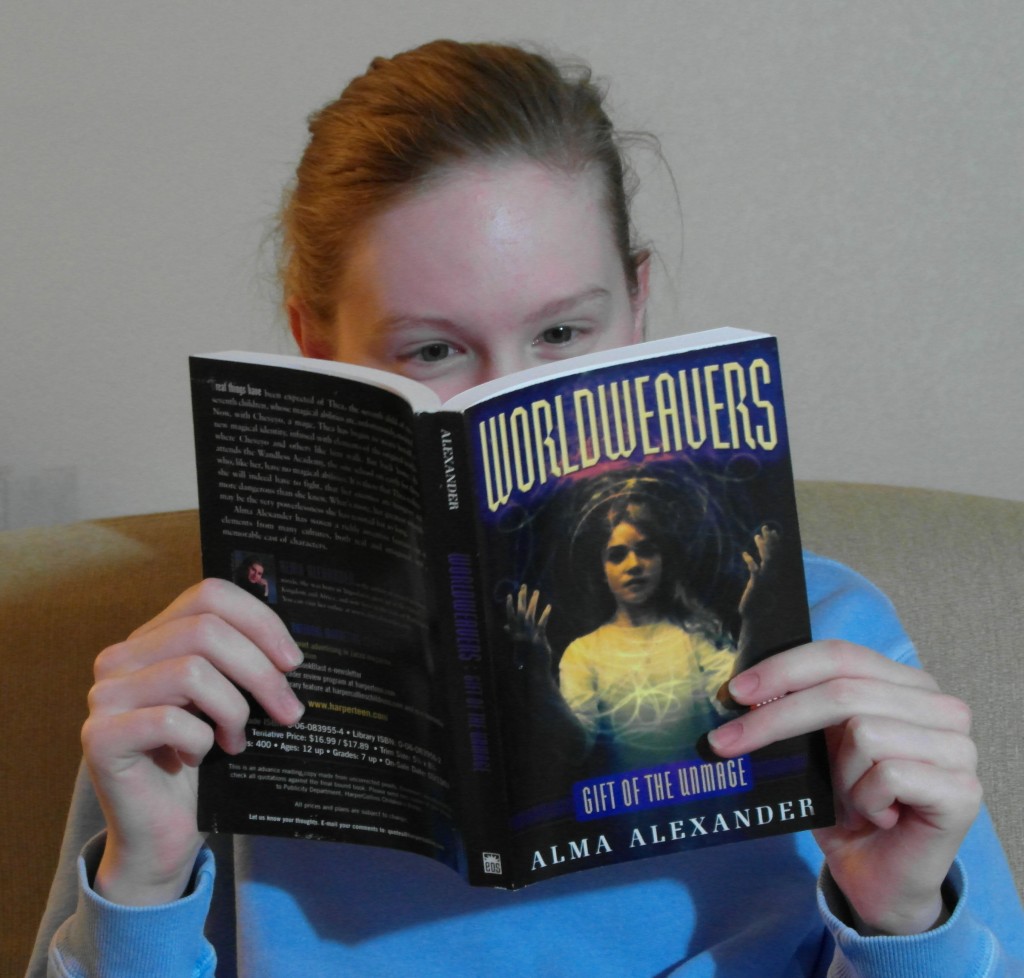 My Young Adults are for ‘Readers’, period.
Elizabeth Minkel discusses all this in a very thoughtful article which concludes:
So here’s a directive, to anyone who feels like the type of book – or any individual book – is being unfairly attacked: please stop making a case for what you like by putting down what other people like. Stop imagining that the conversation you hear is the only conversation being had. And if you feel like your beloved book is under attack, hit the attacker back with as much positivity as you can manage.
I’ll stand by Harry Potter not because it can be read by a child, but because it can be read by children and adults alike, how it’s a bazillion pages full of little spaces or big ideas to explore, how I fell in love first with the characters on the page, then with the sprawling conversation they inspired. I won’t put you down if you don’t enjoy them – I’ll just invite you to join in.
Read the article
~~~~~
10 Science Fiction Authors Whose Books Just Kept Getting Stranger
A lot of authors tend to become more conventional over time. At io9, Charlie Jane Anders gives us 10 science fiction and fantasy authors whose books only got weirder.
e.g.

J.G. Ballard was a key part of the New Wave of experimental, literary science fiction of the 1960s and 1970s — but he kept pushing the envelope throughout his career. His late novels, starting with Cocaine Nights, examine the relationship between violence and consumerism, and conclude that the former is an inevitable consequence of the latter.
Read the article
~~~~~
THIS ‘n THAT
16 brilliant paintings that will shake your faith in humanity 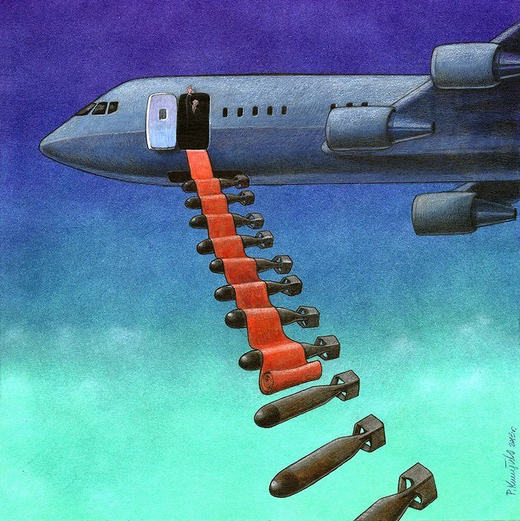 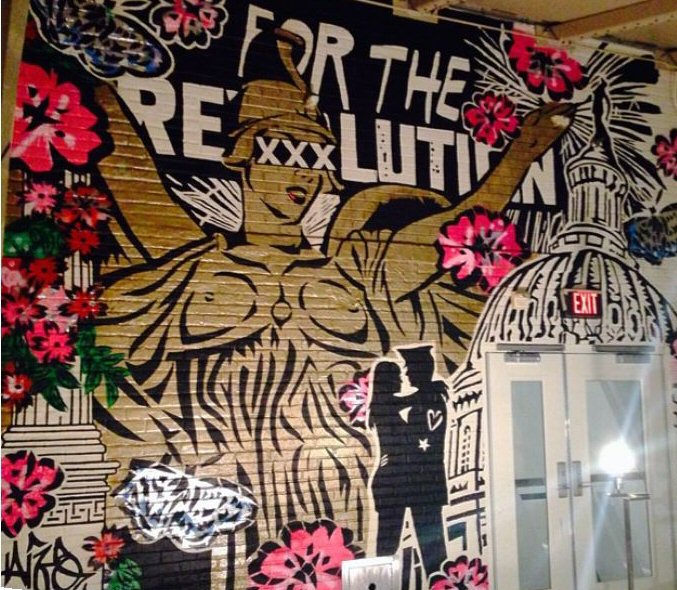 Lady Aiko is a Tokyo-born, New York-based artist who incorporates elements of Pop Art, abstraction, graffiti and traditional Japanese imagery into her playful depictions.
See them all
~~~
22 Literary Halloween Costumes For Duos 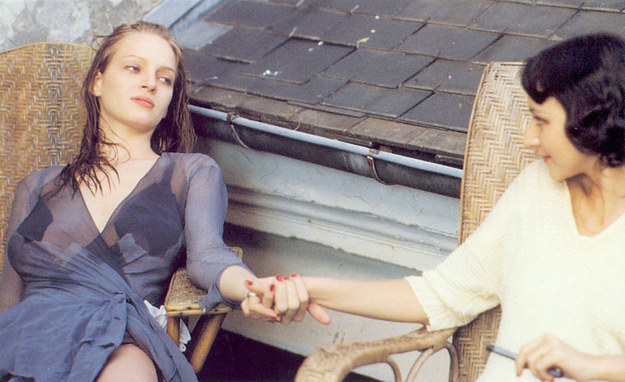 Anaïs & June, Henry and June
June: Long blonde hair, sexy dress — Anaïs: Shortdark hair, sexy dress, stack of notebooks, Mae West eyebrows
Halloween literary costumes
~~~~~
Quote of the Day
“If you enjoy reading something, read it.” ~ S. E. Hinton in The New Yorker on the YA debate
~~~~~
Alma Alexander
My books
If you found this blog post interesting, amusing or helpful, then please use the icons below to share it with other writers, readers or the guy next to you on the subway.