The other day we tripped over a movie on TV – “Snow White: A Tale of Terror”, vintage 1997.
I’m always one for a good re-telling of a good old fairy tale like this, and so we settled in to watch. And never have I seen a more messed up version than this one. It just could not seem to place itself – it was billed as something with an edge of horror, it was trying to retain the framework of the fairy tale, and they were seemingly intent on adding a layer of … something. And while they were dithering about which angle to pursue, they ALL fell down, splat, flat on their faces.

(……..)  It is entirely possible to re-tell fairy tales in a way that makes them so utterly fresh that you can’t believe you just read a story with its roots in something that is so very familiar from the earliest days of your childhood.  I still remember, with a shiver, Neil Gaiman’s retelling of this story – “Snow, Glass, Apples”. He brings something new and genuinely awful into the tale. This movie adaptation…? Is just disastrous. It’s one of those “some day I know I will want these two hours back” movies.
~~~~~

Buzzfeed asked its fans on Facebook, Twitter, Instagram, Google+ and Tumblr to talk about their favorite book-to-movie adaptations.
The first choice? To Kill a Mocking Bird:
There is absolutely no debate on this one. There were at least twice as many votes for To Kill a Mockingbird as there were for any other movie. As Holly H. said on Facebook: “Gregory Peck WAS Atticus Finch.” Also, Mary Badham as Scout might be the greatest performance of a child actor ever in the history of the world. And that is NOT hyperbole.
Another? Life of Pi

Via i1.ytimg.com
Life of Pi seemed like it might be one of those books that was impossible to make into a movie. The book is so visually improbably and one of the main characters is a terrifying tiger. And yet, the movie version was breathtaking and powerful and managed to capture the essence of the book. Not to mention it is a beautiful film that you can watch again and again, if that’s your thing (it should be your thing).
23 Best Book-To-Movie Adaptations
~~~~~
10 Best literary put-downs
When it comes to witty put-downs in literature, Margaret Mitchell is the boss, Jess Denham says in reporting on a poll of 2,000 adults.

The put-down is, of course, the line uttered by Rhett Butler in her 1936 classic Gone with the Wind. The one with a bad word in it.

The Importance of Being Earnest by Oscar Wilde
‘To lose one parent may be regarded as a misfortune, Mr Worthing. To lose both looks like carelessness.’ – Lady Bracknall
Anthony Devlin
10 literary put-downs
~~~~~
The Ugly Truth About Meetings: INFOGRAPHIC

Whether you work for a publishing house, a magazine, or a TV station, Dianna Dilworth” writes at Galley Cat, chances are that you spend a lot of time in meetings. But do these meetings really help you get your job done?
Fuze has created an infographic which explores “The Ugly Truth.” What’s meant to be an efficient way for people to get together to discuss ideas, debate issues, overcome obstacles and drive outcomes, often … Well, study the graphic.
See the graphic
~~~~~
Quote of the Day 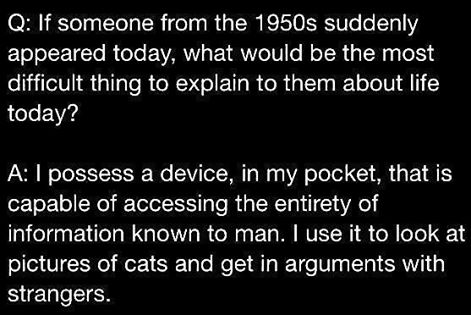