Commencement Address to the College of Sidekicks and Secondary Characters
Dear graduating class,
As a writer, as someone who was there at your emergence, I am so very happy to see you. To know that you are out there, that you exist, because – make no mistake – in a world that seems to be geared only towards superstardom, without the foundation of you there is nothing at all.
There can be no superstars without the support of a context – a context that you and only you can provide. 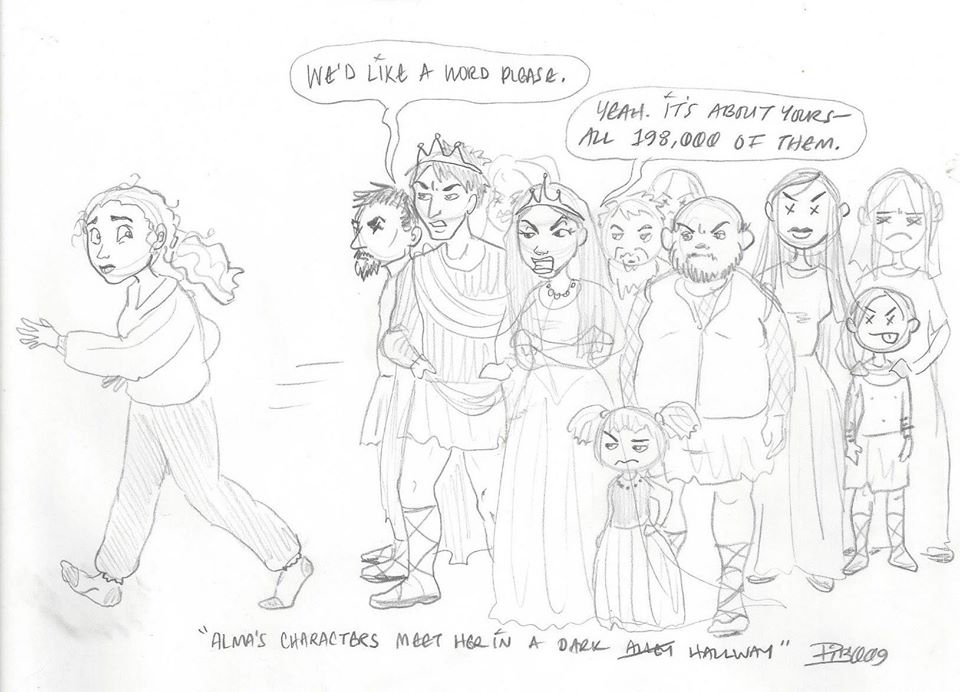 Oh, re. characters – my friend, the artist who goes by the name Plunderpuss, drew this one for me a while back. Yeah, I put my characters through hell (that’s why they’re so cross). Why do you ask…?
I can’t tell from here why all of you are in this place. You may have ended up here simply because your applications for the ivy-leagueish College of Protagonists wasn’t quite up to scratch. Don’t take that as a failure.
Sometimes superstars are jerks; sometimes they are as two-dimensional as the medium they appear in, and aren’t worth the price of their education. All too often a Protagonist is simply too fragile to carry the story and the whole thing collapses on top of them….
My Commencement Address
~~~~~
The elephant in the living room
A 10-day-old African elephant became separated from its herd and wandered into a house at the Thula Thula Private Game Reserve in Zululand, South Africa, Jason G. Goldman reports at io9. 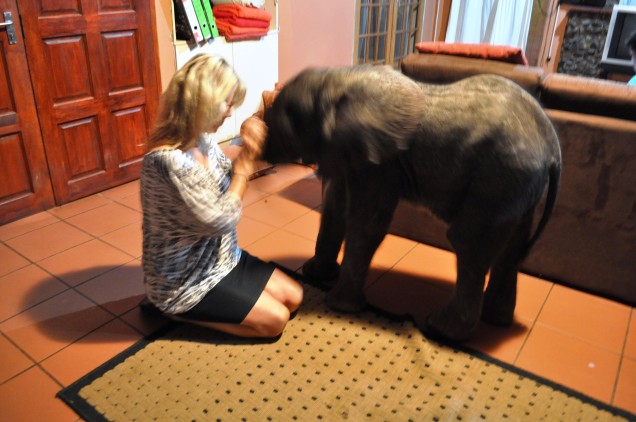 The blonde woman pictured below is Francoise Anthony. Tom, the chef, is pictured in red. The woman wearing a khaki shirt is Shireen, a ranger. 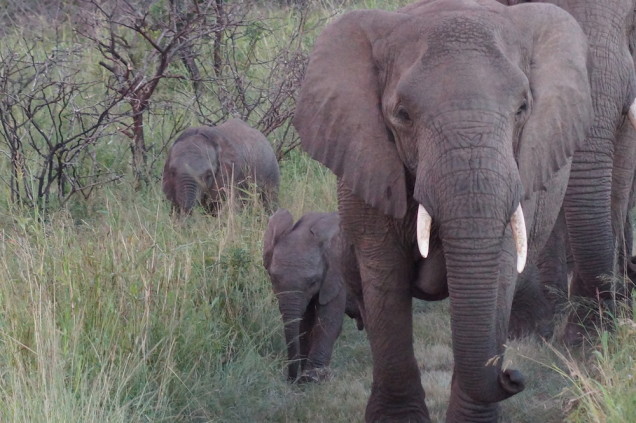 Tom with her mother after being reunited.
The reserve’s staff took care not to be in excessive contact with the elephant, but some physical contact was necessary to care for her. They were worried that the herd might reject her if she didn’t smell right. But the infant was successfully reunited with her mother.
Baby elephant in the living room
~~~~~
19 Incredible Advertising Fails
Brands have sometimes found their ads in places that would make any marketer uncomfortable, Aaron Taube reports at Business Insider, “like a Burger King billboard beside a heart disease awareness ad, or when a visitor to convicted dog-fighter Michael Vick’s statistics page on ESPN was shown an ad for dog food.”
While these missteps might keep marketers up at night, they sure are pretty funny for the rest of us. 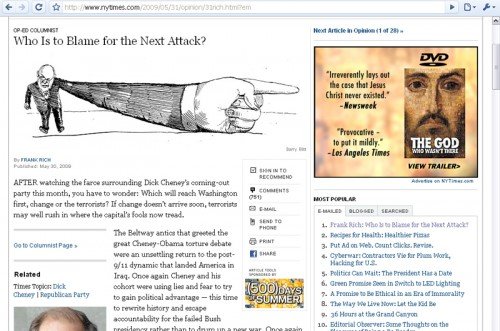 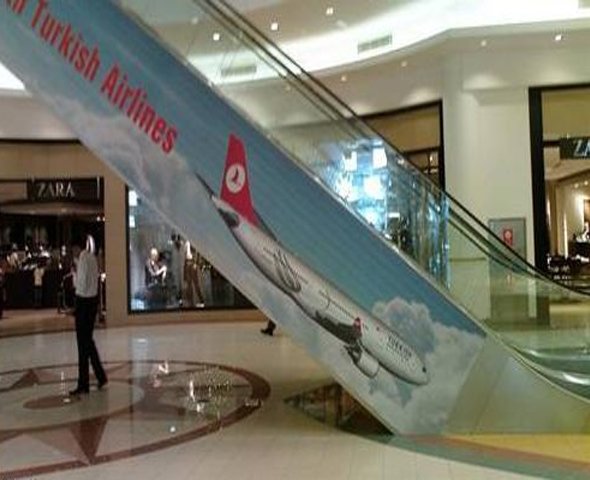 Unh, you might want to turn the plane around
Advertising Fails
~~~~~
“There Were Tears, That’s Beautiful”
A story told in pictures. 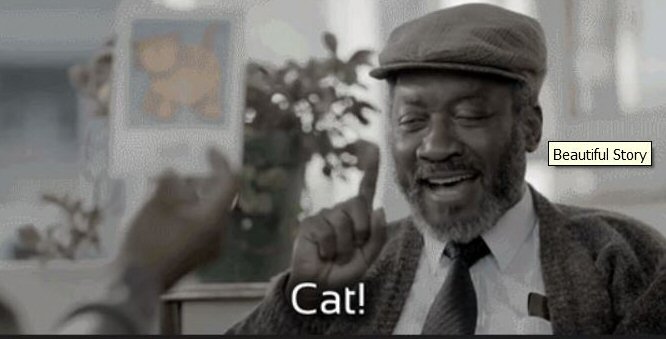 ‘There were tears’
~~~~~
5 Writers Who Took Romantic Revenge in Print 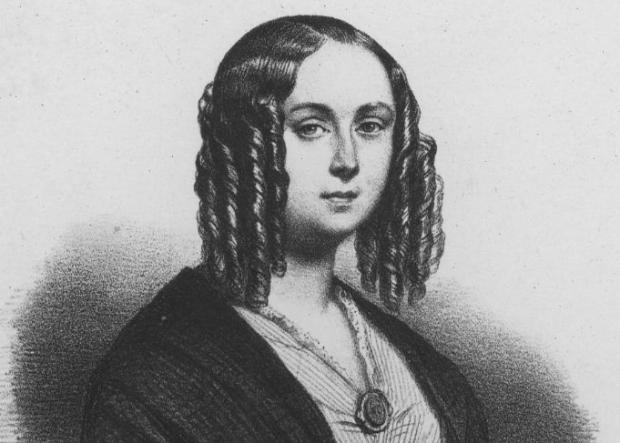 Louise Colet, Getty Images
Louise Colet
After having her heart broken not once, but twice, by Gustave Flaubert, poet Louise Colet was understandably incensed when she read his racy novel Madame Bovary. The dastardly writer shamelessly infused the story with intimate details taken from her life, including their first sexy tryst in a carriage. Adding insult to injury, the book insinuated that she, like Madame Bovary, used men to advance her social status.
The tempestuous Louise had once attacked a journalist who besmirched her reputation, threatening him with a knife, but this time she sharpened her pen instead. In retaliation, she wrote a bestselling semi-autobiographical novel, Lui, which depicted Flaubert as a red-faced buffoon and womanizer.
Writer’s revenge
~~~~~
Quote of the Day
“No entertainment is so cheap as reading, nor any pleasure so lasting.” – Lady M. W. Montagu
~~~~~
Alma Alexander
Check out my books
Email me
Comments welcome. What do you think?
—–