Can we stop Armageddon?

Barbara Kingsolver’s “Flight Behavior” is a novel about butterflies, about a messed up migration of monarchs which could lead to oblivion. It was a kick in the gut to read that book, to think about that possibility, to think about the final beat of a butterfly’s wing, to see that moment frozen in time. It’s terrifying.
And it’s happening. When I read that the monarch butterfly migration to Mexico is slowing from a flood to a trickle, I began to realize how bitterly bitterly close to reality Kingsolver’s fiction is, could be. That was no light reading, that was an apocalyptic warning.
Monarchs aren’t able to survive colds winters and migrate hundreds or thousands of miles to winter in warmer climates, most famously in a few a few acres in Mexico where they hibernate in fir trees. Very few acres. They used to stop in a 50-acre site. Last year, that had dwindled to less than 2 acres. 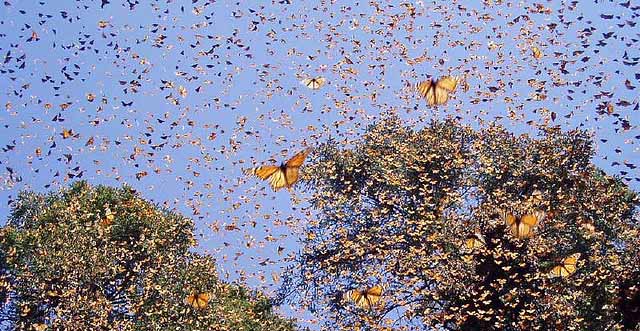 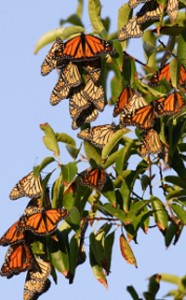 There are a number of reasons the population is crashing. One study has linked the monarch’s decline to Monsanto’s Roundup pesticide. (link below)
That connection is unproven, others say (link below), but loss of milkweed is a major factor and a massive replanting is needed to save the monarch.

There’s a new book out about how humans are causing the sixth great extinction in the history of our planet. What are we going to do when we wake up one day and realize that the richness of our biosphere exists only in memory?
Extinction is forever.


Killing the monarch
Not GMOs, but milkweed
It’s our fault
~~~~~
Whale of a tale of awe & wonder
Bryant Austin’s life was transformed by a literal tap on the shoulder from a whale, Richard Whittaker and Anne Veh write in the Daily Good. 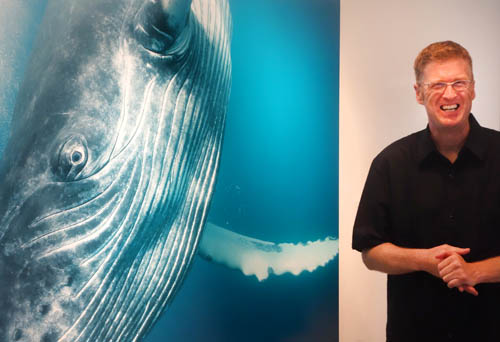 Austin is an experimental multimedia artist whose lifelong passion has been exploring the possibility of connecting humanity with the greatest minds in the water. His drive comes from a deep desire to understand over five million years of evolving culture and communication in the largest brain ever to exist on Earth.
In a stunning interview, Austin shares stores of his extraordinary journey and mission to use photography to recreate the transcendent sensation one experiences floating an arm’s length away from the eye of an inquisitive whale. He explains how his experiences with whales have given him glimpses of the vastness of the cosmos, helping him to shift from his personal perspective of reality to a grander “earth perspective” of reality.
Whale of a tale
~~~~~
The diver and the blue whale 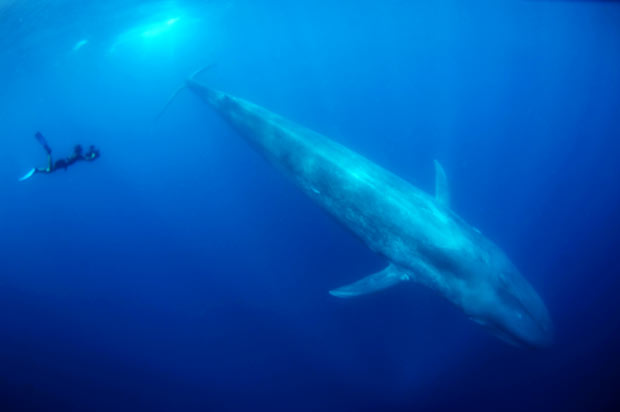 A British diver swims near a blue whale, SCUBAZOO / BARCROFT MEDIA
An image taken on 28 March 28, 2011 is the first ever to show a human and a whole blue whale in the same shot together, The Telegraph reports.
Many have battled hard to achieve the feat, but due to the size of the whales have only come up with shots showing divers and parts of the animals. Team members of Scubazoo – a British dive company based in Malaysia – spent 200 hours diving eight-hours-per-day for 25 days trawling the ocean around Sri Lanka in order to capture the scene.
Roger Munns, from Cornwall, was photographed by Jason Isley, from Essex, making contact with the giant of the seas at around 10 metres depth. Roger said:
‘It was amazing. It was murky so we didn’t see the whale until the last minute, and it travelled so fast. The encounter only lasted about 45 seconds and then it was gone. But all those hours waiting were worth it.‘
The diver and the blue whale
~~~~~
It was just a joke, Isabel Allende says of her ‘mystery’
Allende, better known for magical realism, has angered the crime fiction community after admitting that “Ripper”, her first foray into mysteries, was written as “a joke” – and that she is “not a fan” of the genre, Alison Floodreports in The Guardian. 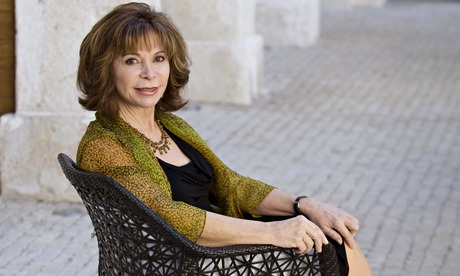 Readers took issue with Allende’s “snotty elitism”, and advising the author to “stick to what she knows [if she] sees the genre as being beneath her”. Sookie Stackhouse’s bestselling creator Charlaine Harris took Allende to task on her blog for comments which “translate … [as] I’m so amazingly ‘literary’ that condescending to write a genre novel is incredibly funny … I considered buying it. But having devoted my professional life to genre literature, I don’t think I will,” wrote Harris.
Allende mystery a joke
~~~~~
Quote of the Day
“Language is the road map of a culture. It tells you where its people come from and where they are going.” ~ Rita Mae Brown
~~~~~
Alma Alexander
Check out my books
Email me
Comments welcome. What do you think?
—–