Image credit: ThinkStock
Hemingway believed “the best writing [happen when you are in love,” which might explain his serial marriages, while others found that romantic tumult spurred their creativity, Shannon McKenna Schmidt and Joni Rendon write in Mental Floss.
For these writers, turbulent real-life relationships rivaled the dramas that played out on the page. 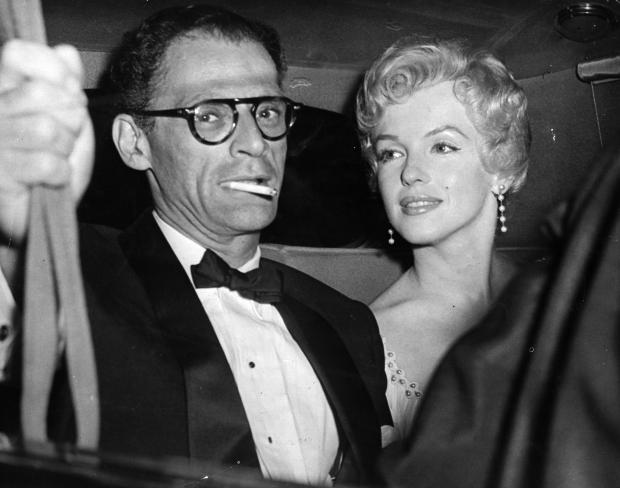 Arthur Miller and Marilyn Monroe – Getty Images
The playwright’s rose-tinted glasses came off just two weeks after marrying the blonde bombshell when he witnessed her Jekyll & Hyde transformation on a movie set. Marilyn’s demanding behavior and explosive temper, fueled by booze and pills, thrust him into the roles of caretaker, psychiatrist, parent, and apologist. Miller didn’t produce a single work during their five-year marriage, instead becoming “the most talented slave in the world,” according to Norman Mailer. After Marilyn’s death, Miller wrote two thinly veiled plays about their turbulent relationship. 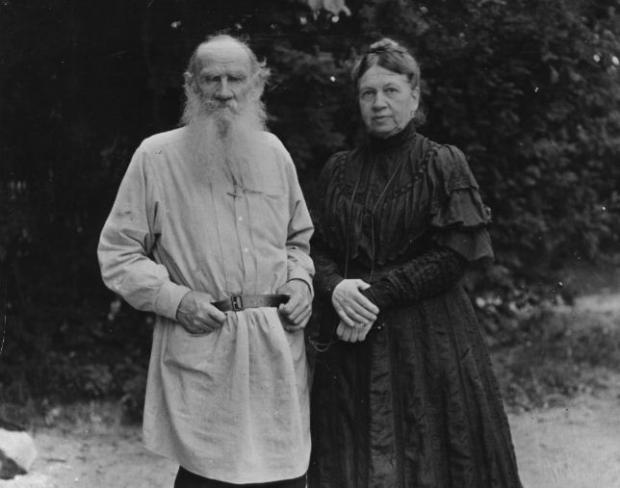 Leo and Sophia Tolstoy – Getty Images
When Leo Tolstoy penned the first line of Anna Karenina, “Happy families are all alike; each unhappy family is unhappy in its own way,” he had no idea his own 50-year marriage would be immortalized as one of the unhappiest in literary history. Soon after finishing the novel, the mercurial writer took a vow of poverty and chastity. His radical transformation and devotion to his disciples led to fierce arguments with his long-suffering wife, Sophia. Ultimately, her spying and theatrics drove the writer away shortly before his death at a remote railway station.
Authors’ love lives
~~~~~~~~~~
Last day for free ebook
This is your last chance to get a free version of Weight of Worlds, my collection of 11 tales of magic, cruelty, and sacrifice. The Kindle giveaway ends tonight, Feb. 5.
If you pick up the book, please consider writing a quick review on Amazon.
Weight of Worlds
Meanwhile…
My Embers of Heaven is now available in paperback at Amazon et al, Maggie Bonham, publisher of Sky Warrior Books, reports.
Embers is set in the same world as The Secrets of Jin-shei…400 years later. It’s the story of one woman’s quest to bring back the Women’s Country of Jin-shei, lost hundreds of years earlier. 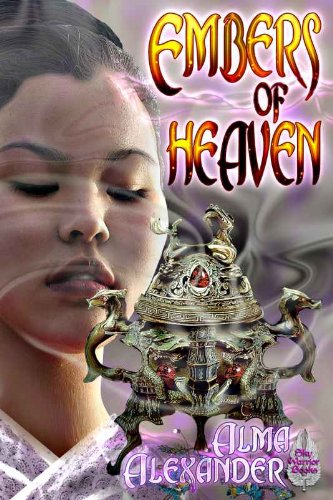 Reviews are always appreciated.
Embers of Heaven
~~~~~
What Happens When You Tell People You’re Reading Only Women?
“In 2013, I made a small but very personal resolution,” Lilit Marcus writes in The Toast, “that I would spend the year reading only books written by women. 12 months and 40 books later, I published a piece on Flavorwire.com about the project and how it had affected my life.” 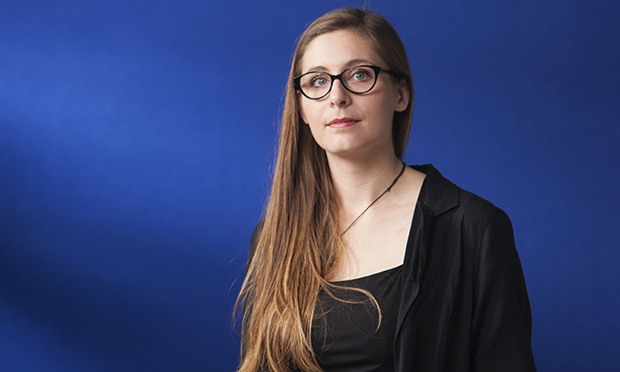 Lilit Marcus – Eleanor-Catton
The point of the reading project was to raise awareness about the way that female writers are still seen as less important, less literary, and less canonical than male writers, and even some of the coverage about my work hasn’t changed that.
Case in point: when The Guardian launched its #readwomen2014 project, they interviewed one writer/critic who had vowed to read only female authors in 2014 – a man, Matthew Jakubowski, who explicitly named my Flavorwire story as his inspiration. Even when it comes to promoting books by female authors, it’s evidently still more important to ask men what they think in order to legitimize something that might reek too strongly of feminism.
As long as high school teachers don’t assign Jane Austen because they think teenage boys won’t like her books and the average American only reads one book per year, women are still going to have to scream just to be heard as a whisper. But at least we’re screaming together.
Reading women

~~~~~
26 Faces in Everyday Objects
Have you ever noticed how various objects and constructions look as if they’ve got faces – they are smiling, angry, or amazed. 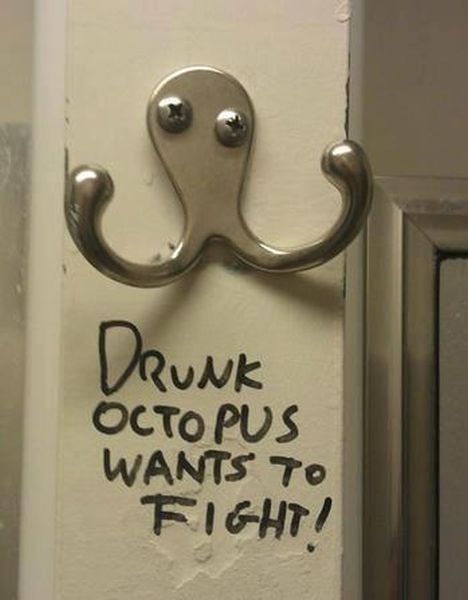 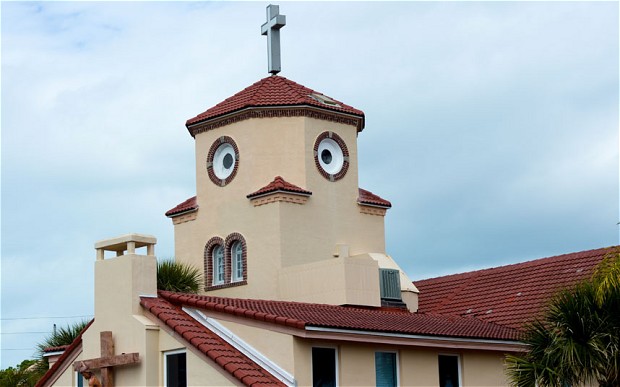 Cross eyed chicken – Image credits: imgur
It doesn’t necessary mean you’re crazy. For example, car-makers are very much aware of this tendency of people to see faces on inanimate objects, and according to car critic Dan Neil “sometimes they play toward it, and sometimes they play against it.”
It may also be more common among people with a wilder imagination. Leonardo Da Vinci once wrote that when an artist is about to invent and paint some scene, he will be able to visualize it on practically any surface. So, if you happen to see an odd face on a wall every once in a while, don’t worry – chances are you’re perfectly normal.
Finding faces

~~~~~
New Jane Austen manuscript criticises ‘men repeating prayers by rote’
Conservation experts are ungluing the scrap of paper in the author’s handwriting in order to read what she wrote on the reverse, Sam Marsden writes in The Telegraph. 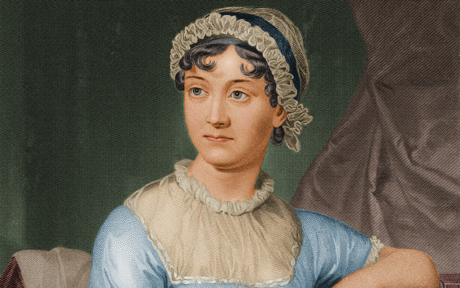 Jane Austen Photo: Getty Images;Bettmann/Corbis
The passage in Austen’s handwriting, dating from 1814, states: “Men may get into a habit of repeating the words of our Prayers by rote, perhaps without thoroughly understanding – certainly without thoroughly feeling their full force & meaning.”
This reflects a theme that she wrote about in her novel Mansfield Park, which was published in the same year.
~~~~~
Quote of the Day
“To have another language is to possess a second soul.” – Charlemagne
~~~~~
Alma Alexander
Check out my books
Email me
What do you think? Comments welcome
—–