Many destinations are benefiting from their connection, however tenuous, to a popular work of literature, Mental Floss reminds us.
Bath, England 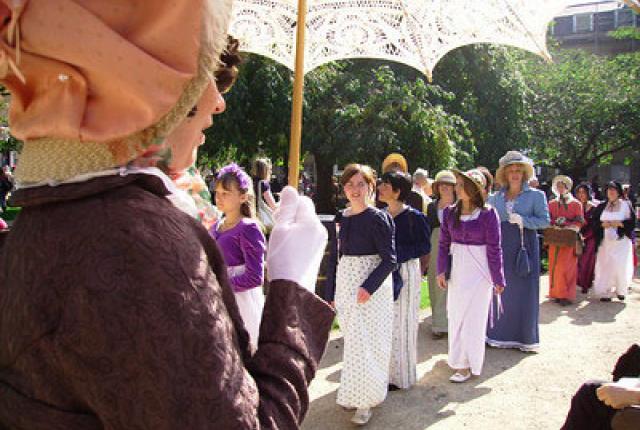 Bath Festival
Jane Austen died in 1817 but still remains one of the most popular writers in the English language. Her works of quiet social satire have inspired countless film adaptations and modernizations, reams of fan fiction and even a week-long festival in Bath, the scene of many an Austen book.
Thousands of Austenophiles spend a week in September dressing up as their favorite character from Persuasion, Pride and Prejudice or any of Austen’s other works, engaging in Regency era gossip, partaking in country dances, a wedding, and touring the Pump Room.
Check out The Grail Trail, Walden’s Pond and all the others.
Literary Pilgrimages
~~~~~
On io9, Charlie Jane Anders  offers:
The best entry level science fiction books to convert your friends
But I’d take issue with at least one of the choices.
CLOUD ATLAS? They recommended CLOUD ATLAS?
That book is a hot mess of convoluted timelines and weird cut-and-pastes and if you don’t have a mind that copes with such stuff you’re only going to get lost and frustrated and are going to toss the entire baby of spec fic out with the Cloud Atlas bathwater. Who in their right mind would suggest this as a ‘gateway’ book?
If anyone had tossed me in on that as a gateway to SFF I would never have read another word in the genre again in my life! 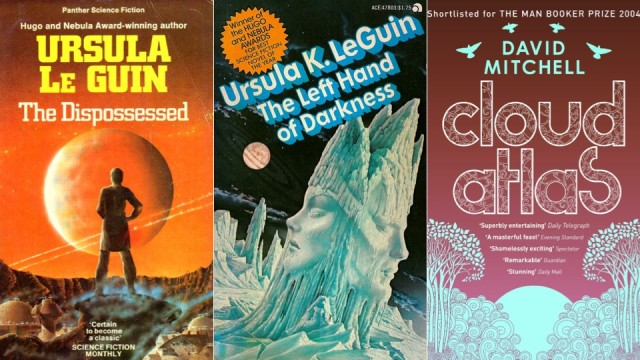 Many of their other choices I agree with. What do you think?
SF/Fantasy for beginners
~~~~~
Seattle, a ‘City of Literature'”
The UNESCO Creative Cities network is a group of 41 cities worldwide with specialties in film, literature, design, music, gastronomy and other areas. Seattle writer Ryan Boudinot is leading an effort to get Seattle designated as a City of Literature.
The literary Seattle
~~~~~
The Huffington Post reports on:
16 Major Advantages Of Being A Book Lover

The Number One reason is, of course:
You’re never bored. Public transportation? Grab a book. Doctor’s waiting room? Grab a book. Your friends are ignoring you because you “never come out” and “are always too busy reading”? You guessed it: Grab a book.
Number Three: You get to explore the consciousnesses of hundreds of people. It’s like telepathy, but better.

Number Eight is obvious: You are the easiest person in the world to buy gifts for.
Book Lovers Advantage
~~~~~
Photos That Will Make Your Stomach Drop
Maybe you will feel strange while you looking at these photos, BoredDaddy.com says, but who knows, maybe that’s exactly what you need to break out of the rut. P.S Whatever you do, don’t look down. 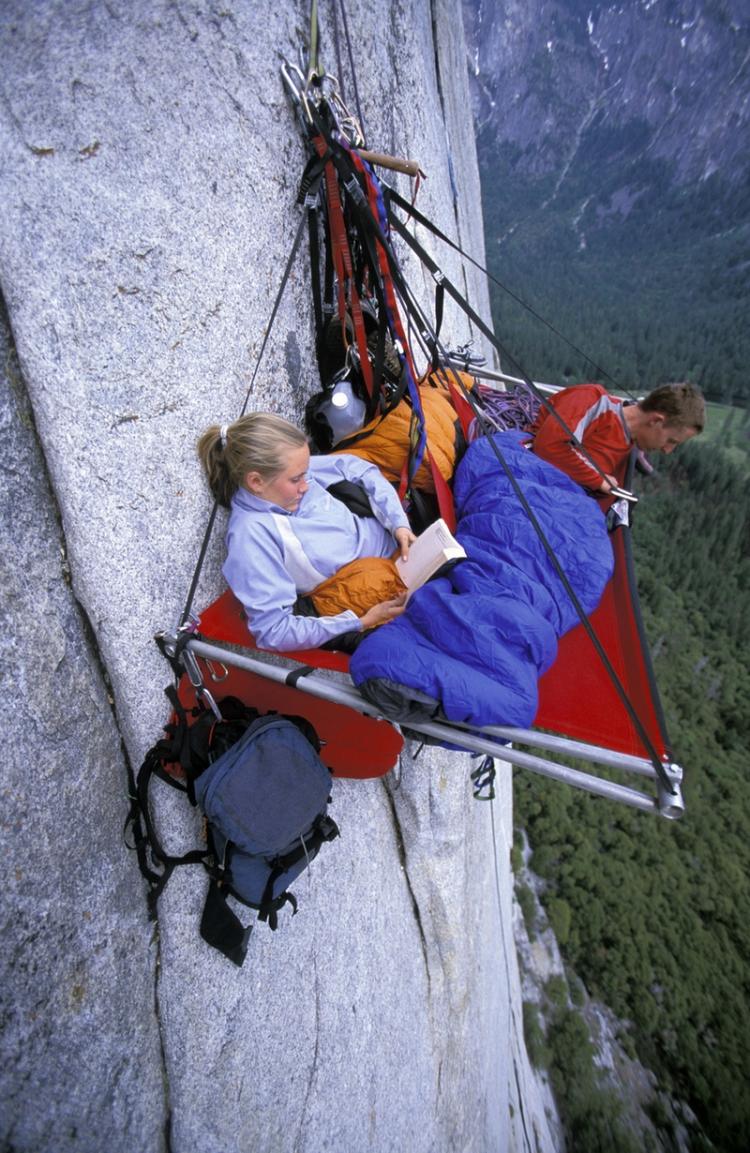 Portaledge camping at Yosemite. Corey Rich / Getty Images
This one gives me the heebie jeebies. What if you turn over in your sleep? 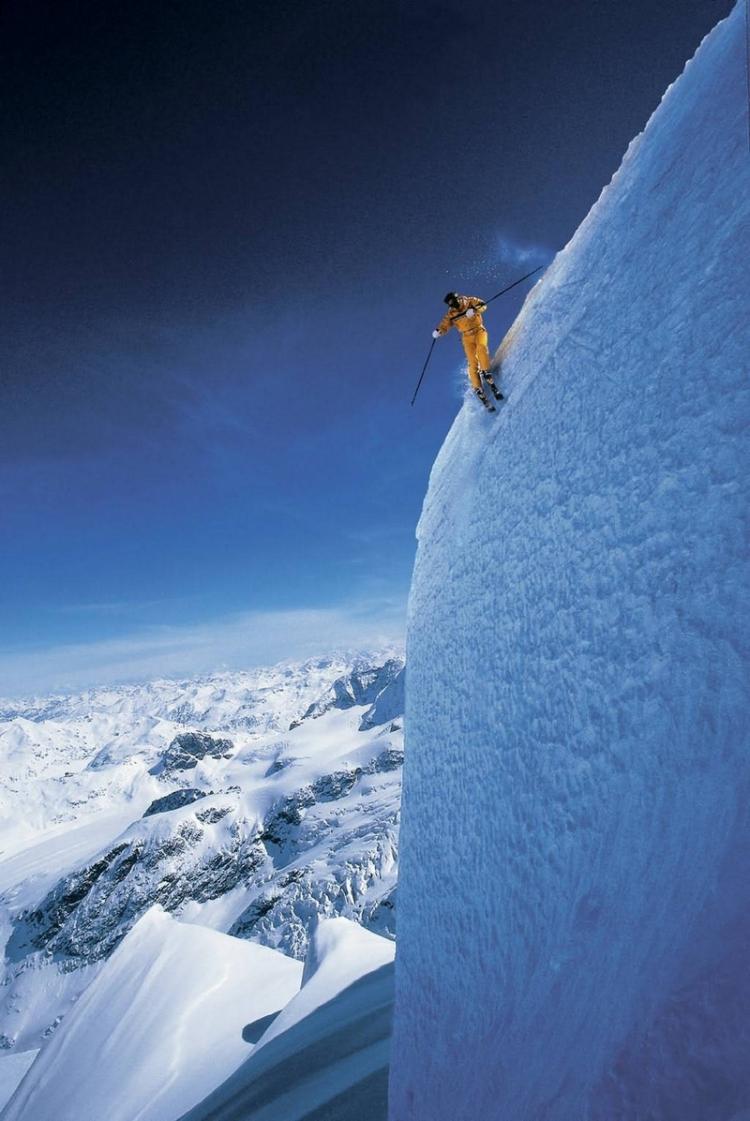 Extreme skiing at Grand Targhee, Wyoming. 33m.lista.cl
I have vertigo now. Gotta go lie down until it goes away. BTW, That last picture in the series is from my old home town, Cape Town, South Africa.
Don’t look down

~~~~~
Short List offers:
The Ultimate Shakespeare Quote Quiz
Shakespeare: pretty much the greatest writer in the history of the English language – I think we can all agree on that?
Not only did he write some incredible plays, virtually all of which are still actively performed and enjoyed today, but he also knew his way around a memorable turn of phrase, inventing many that now form part of the fabric of our everyday conversation.
So if you’re big on the Bard, take the quote quiz. I got 18 right. How did you do?
Shakespeare Quiz
~~~~~
Quote of the Day
Life is 10% what happens to me and 90% of how I react to it. ~ JOHN MAXWELL
~~~~~
Alma Alexander
Check out my books
Email me
Comments welcome
—–