Why is writing so damned hard?

Some thoughts on common conceptions and misconceptions about writing.
1) I’ll write that book as soon as I have some time.
Buzzzz, no. You MAKE the time. If the book wants to be written, it will eat you alive from the inside if you don’t write it. If the only reason that you aren’t writing is because you can’t “make time” for it, you probably aren’t meant to be a writer at all.
People who want to, need to, write stuff have been known to write ten words while stopped at a traffic light, type with one hand while trying to burp a toddler with the other, write during their lunch hours while working their second job as a janitor.
I was writing fairy tales with my biochemistry textbook open in front of me two days before finals. Harry Potter was born to a struggling single mom on benefits.
I am not saying that you aren’t a writer if you don’t do all of these things. But blaming “time”? You won’t suddenly “find the time” when you retire. You write because you can’t help writing. If you don’t really want to write, nobody can help you. But if you do… nobody can stop you. Not even “lack of time”.
2) Everything I write must be perfect the first time.
Sorry. First drafts suck, by definition. That’s what they are FOR. You blurt out the story you want to tell onto a permanent record, so that if it turns all evanescent on you and vanishes as soon as you stop thinking about it, you still have it. The basic story is there to be tweaked, and polished, and played with, to be made perfect.
Much as I hate to admit it, all the best writing is rewriting – the thing that you do with that first draft once you’ve got it down. No. It does NOT need to be perfect out the gate. NOTHING is. Give yourself this golden opportunity to make your mistakes – because it is here that you will have a chance to correct them.
3) Everything I write is terrible.
If it’s the first draft, it probably is because what’s in your head is not what’s in front of you on the paper or screen. In your head you have already begun improving it, fixing errors and infelicities and the version before you doesn’t reflect that…yet.
Oh and also – write this down and put it on top of your computer monitor so you don’t forget it – YOU ARE NOT THE BEST JUDGE OF YOUR OWN WORK.
Before you condemn it as the world’s uttermost crap, run another pair of eyes over it – no, not your mother’s, nor your best friend’s — the eyes of a cold reader. They will inevitably see things in your work that are too deeply buried in there for you to notice. This second look gives you a chance to fix the things that may TRULY need fixing. It will also serve to show you that you aren’t necessarily writing the complete drivel that you think you are. Distance yourself from your work. It’s freeing.
But do be prepared that there will be some out there who will genuinely NOT LIKE IT. This is nothing to do with how good or how craptastic it is. It’s subjective opinion. Don’t take it personally.
4) I have to start at the beginning, go on until the end, and then stop.
Well, that is one way of doing it — if you are that kind of linear thinker; if your story is that kind of linear story.
But now hear this – IT DOESN’T HAVE TO WORK THAT WAY.
The genesis of one of my novels came when I first wrote a vivid scene that I rather liked. It wasn’t the starting place for the novel, but I knew I’d find a place to fit it in. I did, of course, but that place was nearly 2/3rds into the book. 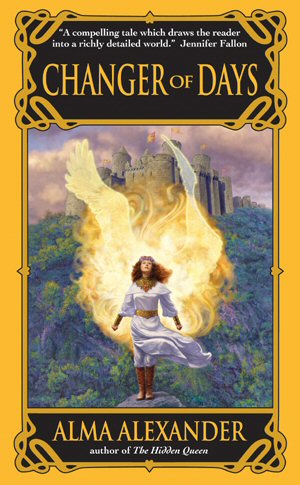