Where are Buffy’s Daughters?

The BBC recently asked why, ten years after the cult TV series Buffy the Vampire Slayer’ ran, there are so few ‘daughters of Buffy’: “strong and complex fictional creations, who aren’t simply the sole female lead in a predominantly-male cast.”
Whle the BBC was talking about TV, the question is of interest to any novelist who writes strong complex female characters.
I never really watched Buffy. Oh, I saw a few episodes here and there. I KNOW about Buffy. I know what she was, what she stood for, what she embodied, what she tried to represent. But I never wrote my stories trying to emulate the Buffyverse.
My heroines – Anghara from the Changer of Days books, for example, the women who carried The Secrets of Jin Shei and Embers of Heaven on their shoulders, Thea Winthrop of Worldweavers fame – are strong, not because I had a point to prove and wanted them to be “more like Buffy” but because I cannot conceive of any other way for a female character to be and to behave.
We are strong. Given agency, we carry our OWN stories. Always have, always will. And the women or girls still coming in my stories yet unwritten? They too will be strong. I look forward to my next heroine settling down beside me to tell me her tale.
In her BBC story, Naomi Alderman says the Buffy show was ahead of its time in so many ways: the quick-witted teen-speak, the craze for stories about vampires who are in love with high school girls in a slightly disturbing way. 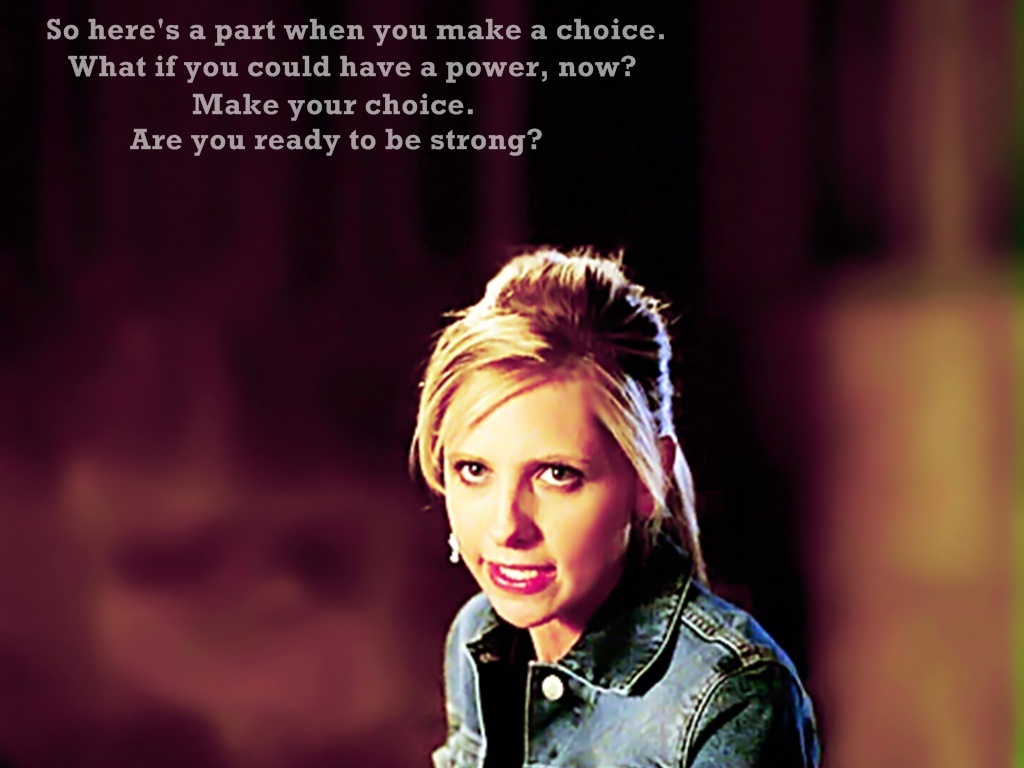 Most disappointingly, Alderman says, is that Buffy still feels ahead of its time in its portrayal of women characters.
It’s a very interesting take on women in literature.
The Buffy legacy
—–
The Tricorder is here, kind of
When Walter De Brouwer puts his head to something, Quentin Hardy writes in the New York Times, he can produce single-handedly what usually takes several hospital machines and labs.
His single hand, it should be said, holds a small and promising device with which De Brouwer, the co-founder and chief executive of Scanadu, hopes to remake medicine, even if it isn’t really a Tricorder – yet. 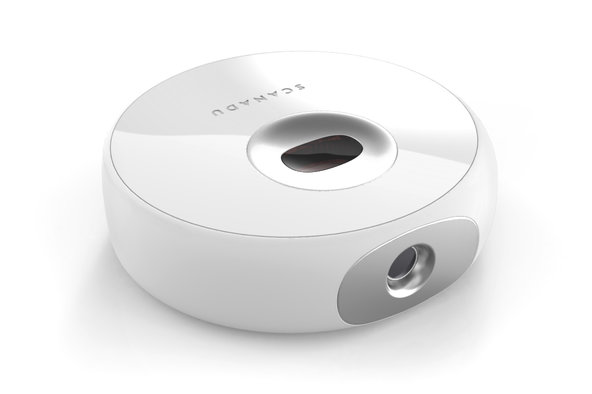 The Scanadu is about two inches wide and a half-inch thick.
The object Scanadu is working on is an oval disk that when held to the forehead uses light to measure oxygen intake, an accelerometer to figure out how far the chest extends in breathing, and a small electrical plate under the thumb to measure heart rate. Other sensors, some still in development, will measure temperature, blood pressure and other body functions.
Rather than taking the rigorous and expensive approach usually applied to medical devices, Scanadu works like a software company. It creates a product, then toys with it, improving the software and tweaking the algorithms. Eventually, both theory and experience show, a product can become pretty good.
—–
19 Regional Words All Americans Should Adopt Immediately
When traveling across the US, it sometimes feels like the locals are speaking a whole different language, Haley Sweetland Edwards tells us at Mental Floss.
That’s where the Dictionary of American Regional English comes to the rescue. The last installment of this staggering five-volume tome was published in 2012, and it’s a whoopensocker (anything extraordinary of its kind—from a sweet dance move to a knee-melting kiss. 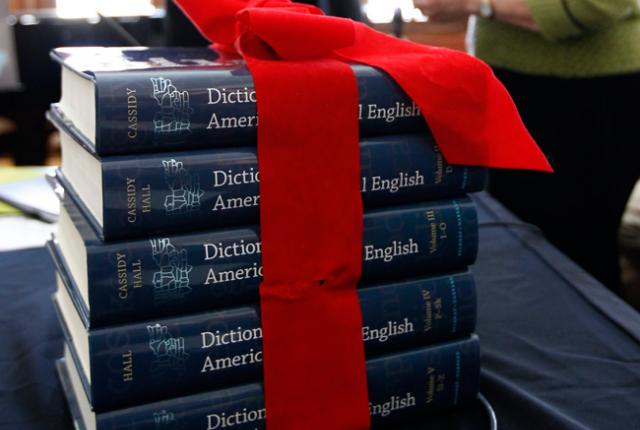 Image credit: REUTERS/KEVIN LAMARQUE/LANDOV
In celebration of slang, here’s a list of 19 delightful obscure words from around the U.S. that you’ll want to start working into conversation. For example:
bufflehead (n.), Pennsylvania (mountains)
You would have to be a real bufflehead if you didn’t think this word, meaning a fool or idiot, is not an awesome insult. Also, for your consideration, the related adjective buffle-brained.
Don’t be a bufflehead
—–
Great Lost Manuscripts of Science Fiction and Fantasy
Some of the greatest authors of science fiction and fantasy have put words on paper — only to see those words lost or destroyed, Emily Stamm and Charlie Jane Anders report in io9. Before there were computers, manuscripts got burned or lost in the mail all the time. Here are the famous authors whose books were lost, destroyed, misplaced or erased. For example:
Jules Verne: The novel Paris in the 20th Century was thought to have been destroyed during WWII, like so many other great works of art across Europe. 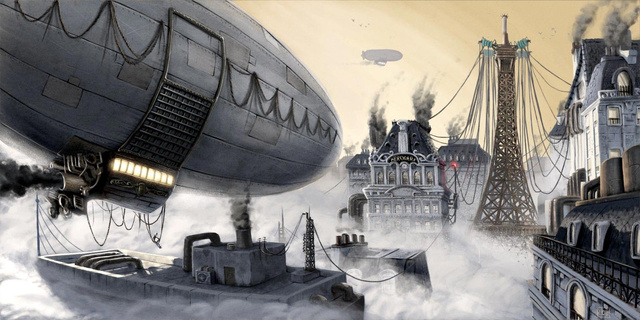 Paris in the Twentieth Century, art by Gilles Roman 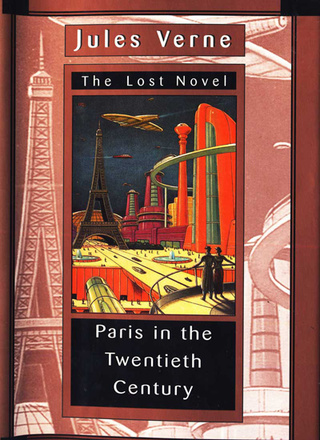 Happily for us, Jean Verne found it in a trunk in his garage in 1991. This novel was written in 1863 and is set in Paris in the 1960s. His publisher refused to publish the book because he believed its claims about the future were too unbelievable, although to modern readers it seems eerily accurate.
Robert Louis Stevenson: Thanks to his wife, we will never know what the first draft of The Strange Case of Dr. Jekyll and Mr. Hyde was like. Stevenson wrote the first draft of the famous novel in less than a week, sometimes writing 10,000 words a day. His wife dismissed the book as “a quire full of nonsense” and destroyed the book in a fire. That didn’t stop him from rewriting the book — reportedly in three days — and it went on to be a bestseller.
—–
Six Libraries Exceed a Million Digital Checkouts
Six libraries in North America marked more than 1 million digital checkouts this year, Dianna Dilworth reports at GalleyCat, including eBooks, audiobooks, music and video files.
Digital libraries
—–
Charities That Encourage Reading
During the holidays, many people are looking for charities to contribute to help out. To help encourage literacy, GalleyCat has put together a list of 10 charities that promote reading.They list the name of the charity, their mission statement and linked to their site.
Give books
—–
Quote of the Day
‘My So-Called Life meets The X-Files’ ~ Joss Whedon’s description of the Buffy the Vampire Slayer show
—–
Alma Alexander
Check out my books
Email me