Several books have been written about the meals Austen might have eaten, based on the hints from her letters, Nicole Villeneuve, writes for Paper and Salt. 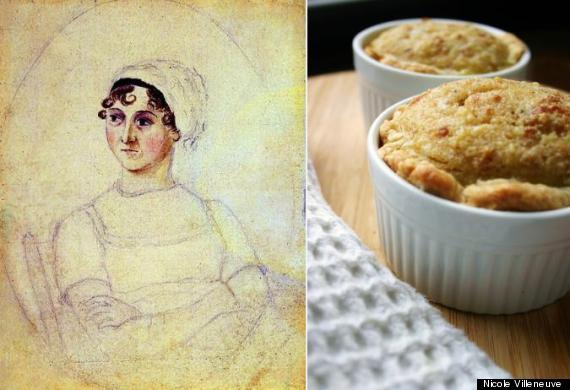 She mentions legs of mutton, lobster, pea soup, and chows down on more than a few apple pies. But my favorite food moment is when Austen and her nieces …order a local specialty: “some cheesecakes, on which the children made so delightful a supper as to endear the town of Devizes to them for a long time.”
(The) cheesecakes are not what you’re probably expecting. The original recipe was actually a helpful way for cooks to use leftover cake, combining the crumbs with a custard base and pouring it all in a pastry shell. It’s like a smoother, creamier, cake-ier bread pudding.
Jane Austen Tarts
—–
Everything I Knew About Dating I Learned From 19th Century Novels. Huge Mistake.
Any reader of fiction knows how powerfully a great book can shape your view of the real world, Claire Fallon, Deputy Blog Editor, The Huffington Post, writes.
The novels I’ve read over the years have informed my beliefs about the world around me — including the world of dating. In the course of my literary education, I plowed through classic marriage-plot-centered novels, and no scrap of apparent romantic wisdom was left behind in my wake. Jane Eyre, Elizabeth Bennet — these were my role models in the realm of dating. The results were catastrophic. It turns out that trying to recreate the plotlines of romances written 200 years ago wasn’t the best strategy for finding love. 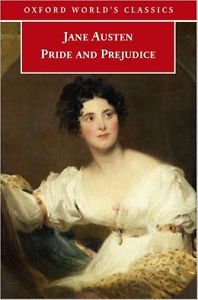 Date a guy who thinks you’re just attractive enough to tolerate. (Pride and Prejudice, Jane Austen) He’s willing to hook up with you, so does it really matter that he once told your friend he thought he could snag a hotter girlfriend than you?
19th century Dating models
—-
F. Scott Fitzgerald lists essential books of 1936
Let’s see, there are:
Sister Carrie, by Theodore Dreiser
A Doll’s House, by Henrik Ibsen
The Maltese Falcon, by Dashiel Hammett
The Plays of Oscar Wilde
and…almost a score more. Most still readable and read. How many have you read?
Essential books of 1936
—–
Meet the Man Who Wrote a 260-Page Biography on His BlackBerry
Geordie Greig  wrote his Lucian Freud biography, Breakfast with Lucian, on his BlackBerry, Laura Bennett writes in the New Repblic.
Greig found that the most convenient time to write was in bed between the hours of 2 and 3 a.m. when tapping away on his BlackBerry Bold seemed less likely to wake up his wife than working on a computer.
He’d write an entire chunk of book as an email and then send it to himself so he could smooth out the prose later. It took him two years to finish the book, squeezing in miscellaneous writing sessions on his phone while sitting on park benches or during a ferris wheel ride at a fair with his children. “The rather snotty New York Times guy seemed to think the BlackBerry comment in my book was a casual sort of boast,” Greig said. “Actual it was a practical necessity. I’m sure Dwayne or Dwight writes brilliant prose without pause. But I, mere reporter, write to rewrite.”
Writing a book on a BlackBerry
—–
The Year the Monarch Didn’t Appear
ON the first of November, when Mexicans celebrate a holiday called the Day of the Dead, some also celebrate the millions of monarch butterflies that, without fail, fly to the mountainous fir forests of central Mexico on that day, Jim Robbins reports in the NYT. They are believed to be souls of the dead, returned.
This year, the monarch butterflies began to straggle in a week later than usual, in record-low numbers. Last year’s low of 60 million now seems great compared with the fewer than three million that have shown up so far this year. Some experts fear that the spectacular migration could be near collapse. 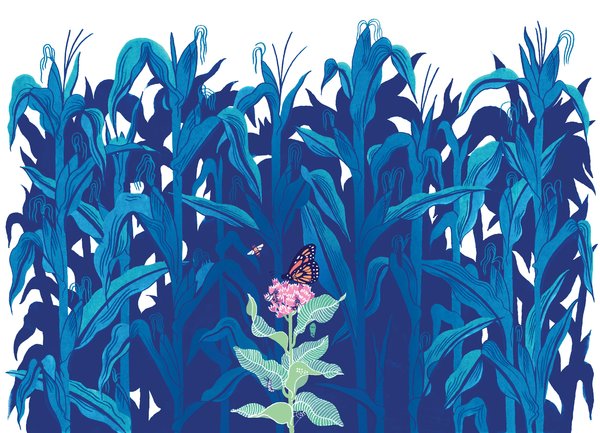 Micah Lidberg
The missing monarch
—–
The library without books
San Antonio’s BiblioTech offers computers, Internet access, and technology classes, Jeff Glor reports at Cnet, but zero books — no printed books that is.
The library lends out inexpensive e-readers, permits downloads from home, and conducts technology classes.
The library is the brainchild of Judge Nelson Wolff who says BiblioTech costs less to operate than traditional libraries. It needs less space and fewer workers. “We’re able to focus more on patrons and community outreach and we don’t have to do the physical processing of the books,” said head librarian Ashley Eklof. 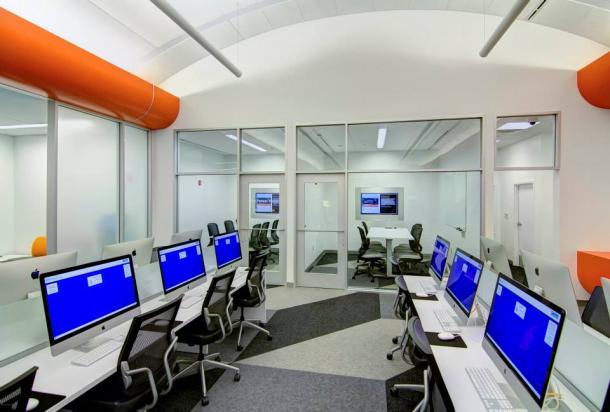 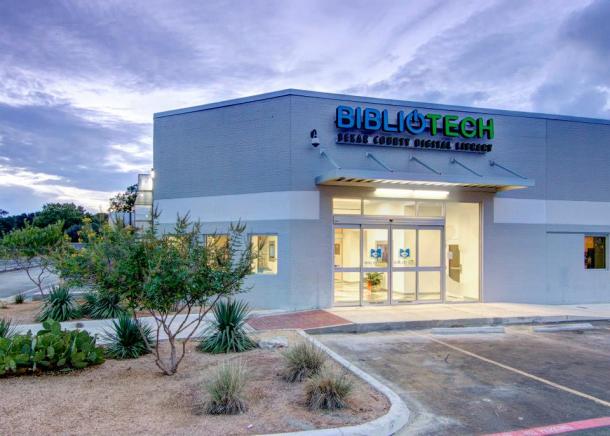 Alma Alexander
Check out my books
Email me:
—–