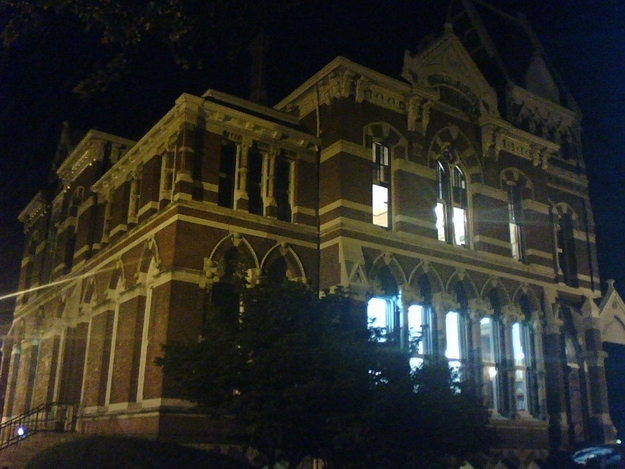 The story of the gray lady began in 1937, Buzzfeed reports, when a janitor reported seeing a floating apparition of a woman in the boiler room…Over 1000 sightings have been recorded since 1937; mostly visual in nature.
However, according to Maer MacKay of The Willard Library Ghost Chatters, they have also uncovered the existence of the spirit of a male child in the basement children’s reading room. The manifestations in this area range from levitating books, to orbs of light, to being touched and having one’s hair stroked.
Haunted libraries
——
A vaccine against charlatans
I SERIOUSLY love what Teri Lesesne recently said.
Teri wrote that she came across a quote from Neil DeGrasse Tyson about science literacy the other day and took “a few liberties with the original quote” to produce this:
‘LITERACY IS A VACCINE AGAINST THE CHARLATANS OF THE WORLD WHO WOULD EXPLOIT YOUR IGNORANCE.’
I like the idea of literacy as a vaccine. And this is a part of why I continue to rail against restrictions on reading …. It also dovetails nicely with the quote which was running through my brain last week when I awoke in the middle of the night:
‘IF WE KEEP KIDS FROM THE TRUTH, EVEN THE HARD TRUTHS, ALL THEY HAVE LEFT ARE LIES.’
I want kids to be vaccinated against charlatans who appear in various guises throughout their lives. I think books can play a role in this vaccination process…”
The literacy vaccine
—–
Photos Taken One Second Before Utter Catastrophe
Caption and pics only; no thoughtful text, just … fun? 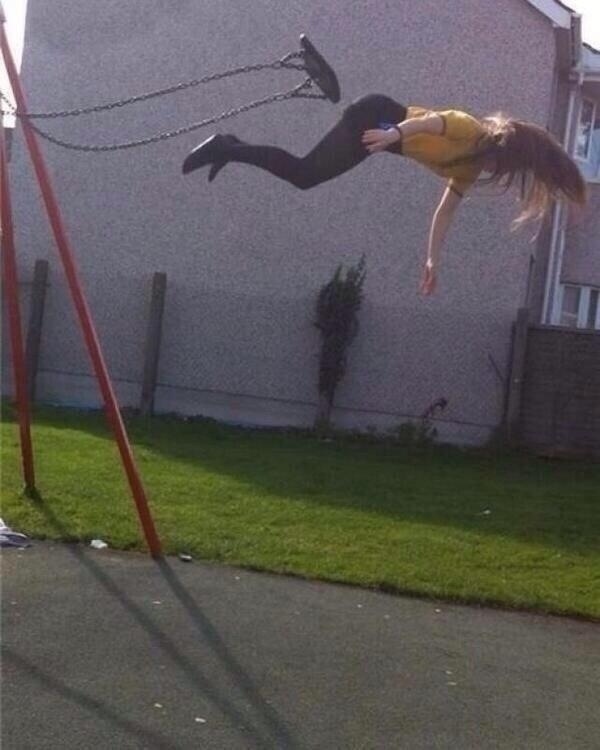 One second before she decided never to use a swing again in her life.
A second later
—–
With Fading Memory, Terry Pratchett continues to write
Terry Pratchett was diagnosed with a rare form of Alzheimer’s disease in 2007. But that hasn’t kept him from continuing to write and do interviews. He spoke to NPR’s Arun Rath about his long career, his memory and why he keeps writing:
Siren voices tell me, ‘You don’t have to keep going on.’ And then you think, “”m a writer. What do I do? Sit there watching my wife clean up?’
Pratchett on writing
—–
Readers love big biographies
And you can’t get much bigger than a super-sized, definitive biography of The Beatles that will come out in three volumes, the first 944 pages long.
And that one only covers the Beatles through the end of 1962, Scott Porch reports in a Salon piece.
Big Beatles Book(s)
—–
Graveyard of the gods
The Atheists, Humanists, and Agnostics at the University of Wisconsin in Madison placed 200 tombstones on a well-traveled part of campus and implored students to think about when their particular god was going to join the mix:
“The God Graveyard, old gods that have been worshiped throughout our history but are no longer prayed to, how many more will be thrown into the wind?” 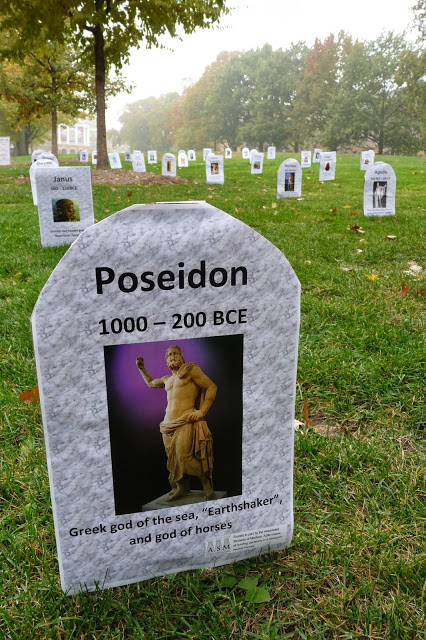 “As worlds turn, afloat among countless stars in a graceful celestial dance; Separated by unfathomable distances; Sentient life searches for the meaning of existence; Beings on a unique path that must inevitably be followed; The quests for fellowship, happiness, and achievement are universal concepts; We, all of us, are special, never forget”
Gods graveyard
—–
Alma Alexander
Sign up for my newsletter, Tea with the Duchess, here
Email me:
—–