A bookstore in Nanjing, China was blasted for “corrupting minors” and using gimmicks to attract customers, The Want China Times reports. 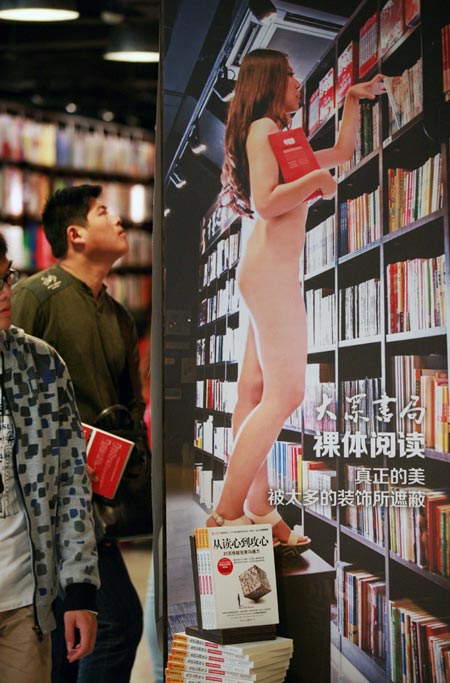 The store said the posters were part of a campaign that the company was holding in both Nanjing and Shanghai entitled “Reading naked brings your soul closer to books” which aims to show that reading can take different forms. People should strip off all the ornamentation of daily life in order to read. “There is no limitations to reading, it penetrates into every area of life,” the company said.
Naked reading
—–
Everyone gets rejected
Rejection letters of Nobel Prize winner Alice Munro found at Harry Ransom Center. 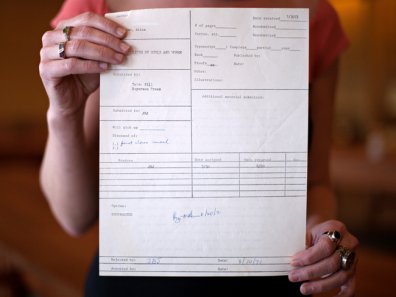 Photo Credit: Lauren Ussery | Daily Texan Staff
Munro’s work, which won her the Nobel Prize is known for themes of self-discovery and gender roles. She is the first Canadian to receive the award and the 13th woman to ever win the Nobel Prize in Literature.
One letter written in 1968 by Knopf’s editor Judith Jones after reading Munro’s first book of short stories, “Dance of the Happy Shades,” said her book had nothing particularly new or exciting, and it could be easily overlooked. In another letter from Jones to Munro on her first novel, “Lives of Girls and Women,” in 1971, she credited Munro’s style but still rejected the novel for publication.
“There’s no question that the lady can write but it’s also clear she is primarily a short story writer,” Jones wrote.
Everyone gets rejected
—–
The 30 Best Quotes on Books and Reading
One of the quotes chosen by Amanda Patterson of Writers Write:
We don’t need a list of rights and wrongs, tables of dos and don’ts: we need books, time, and silence. Thou shalt not is soon forgotten, but Once upon a time lasts forever. ~Philip Pullman
Books and reading quotes
—–
All things Asterix – quiz
Asterix and the Picts, the first new Asterix comic book in eight years, has just launched, but how much do you know about the plucky French warrior and his world? asks The Guardian.
I got 8 out of 10. 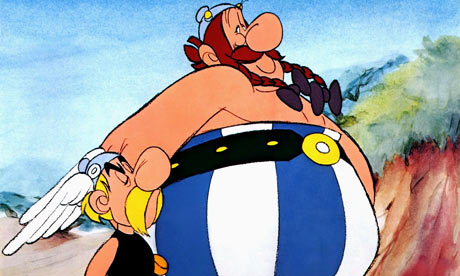 Asterix and his friend…Scalextrics? Photograph: Allstar/Cinetext/United Artist
Take the quiz
—–
Neil Gaiman on Lou Reed: ‘His songs were the soundtrack to my life’

Lou Reed, circa 1970. Photograph: Michael Ochs Archives
Sandman would not have happened without Lou Reed – and I named my daughter after Warhol’s Holly Woodlawn, from Walk on the Wild Side. I am sad today.
His songs were the soundtrack to my life: a quavering New York voice with little range singing songs of alienation and despair, with flashes of impossible hope and of those tiny, perfect days and nights we want to last for ever, important because they are so finite and so few; songs filled with people, some named, some anonymous, who strut and stagger and flit and shimmy and hitch-hike into the limelight and out again.
Gaiman on Reed
—–
Alma Alexander
Sign up for my newsletter, Tea with the Duchess, here
Email me:
—–