Would you betray your kind? Your race? Your species?

I watched two movies a while back which made me examine my own feelings on the matter – the first, in the cinema and on the big screen, was the newest “apes” franchise movie, “The Rise of the Planet of the Apes”. The second, on TV and the small screen, was “Avatar.”

For those who have been living under rocks over the period covered by the release of these two fairly high-profile movies, here are basic nutshell summaries of them: 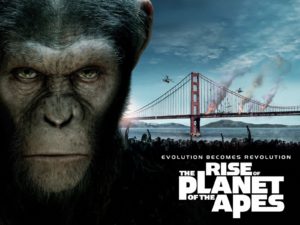 “Rise of the Planet of the Apes”: A well-intentioned human scientist develops a virus which has cognitive improvement effects. Before human testing is approved, he tests it on our closest genetic relatives, the great apes, specifically chimps. The virus naturally turns out to be more than the scientist bargained for, and sends intelligence and sapience levels into the stratosphere.

Inevitable conflict between humans, the profiteering kind who are in it to grab as much money and power as they can,  and the now just-as-intelligent and certainly functioning on a higher moral ground great apes then ensues. Humans lose.

“Avatar”: Humans arrive on an alien world whose air they can’t breathe, which is populated by a sapient race that is inconveniently in their way when it comes to raping the planet of its natural resources. The humans conveniently classify the other race as “savages” and feel no compunction in basically ripping their world from them – because, well, they are sitting on “our” Unobtainium (and wasn’t that an inspired choice of name for the natural resource in question).

The ‘benevolent’ humans offer things like schools and medicine. The natives, understandably, want none of it. Which makes them ungrateful, and, well, savages, right? Therefore to be expediently exterminated. But as usual the humans who rely on the flash and the bang and the gung ho haven’t explored or bothered to understand or even learn about some of the more esoteric aspects of the world they are about to wantonly destroy for their own personal gain. The world fights back. Humans lose.

In “Apes”, during the great escape scene on the bridge, I was practically whooping when the apes got one over on the idiot police and army goons in their jackboots and helmets, pointing Uzis at unarmed opponents who fought with nothing but raw courage and faith and, when it came to it, sacrifice, throwing naked bodies into the field of fire so that some died and others could live, and live free. It was a palpable payback, and dear GOD, a deserved one.

Human beings had made this mess – they had dabbled in things that they did not understand, as usual, and their immense hubris in doing so had brought them down low before the thing that they had created. And no, I am emphatically not using their innocence or ignorance as an excuse in this. Yes, the human race is not perfect and yes we are fallible and perhaps I should simply stand up with the jackbooted thugs and scream “It wasn’t my fault!” and shoot at the nearest ape – but I can’t, dammit, I can’t, not when they look back at me with intelligence and even compassion (They! They pity ME!) and I know that what was done to them may not have been done by my hand but it was done by hands like mine and as like as not in my name, “for the common good”.

I pretty much could not watch the climactic battle scenes of “Avatar” at all, sick to the stomach at the inequality and the injustice of it all. When the gung-ho military leader of it all meets his Maker I may not have pumped my fist openly but inside I was jumping up and down and screaming “YES! YES! YES!” 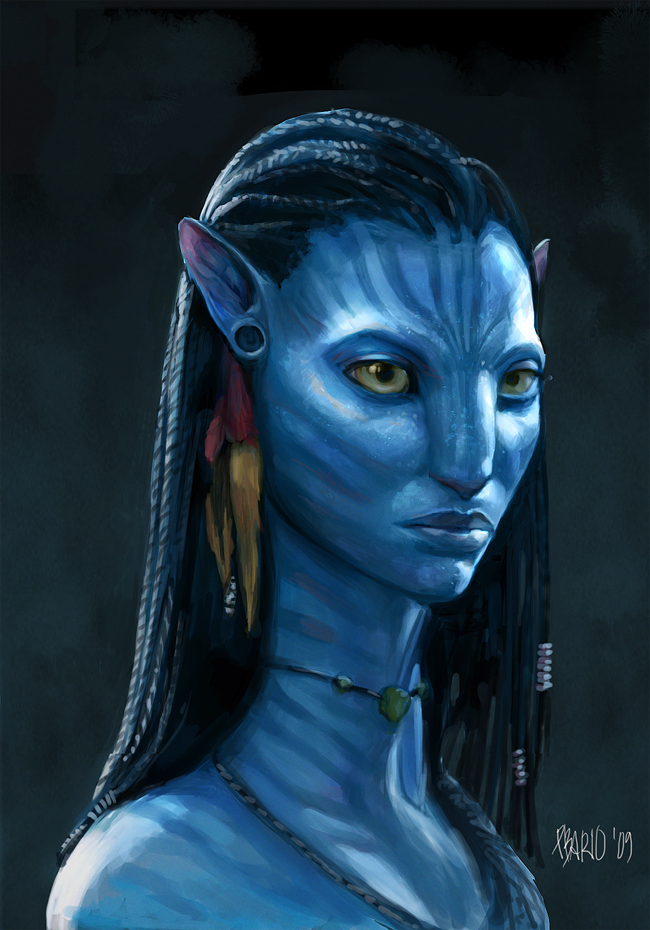 And yet in “Avatar” we are left with a dubious proposition that the disparate alien clans are only able to win ONLY by submitting to and being led by a human who went native.

The leader of “our” side, the human side, is annoyed that the best and deepest deposits of the Unbotainium that we want and somehow claim as our, sits right underneath the Mother of All Trees which just happens to be home to an entire sapient specie. He is is willing to destroy that tree and is outraged that the “gone-native” fellow is trying to stop him. He asks a deadly question which is supposed to hobble him and destroy him: “WHAT DOES IT FEEL LIKE TO BETRAY YOUR OWN KIND?”

What is my kind, then? That guy? The one willing to order extermination, annihilation, genocide and environmental catastrophe because of a shareholder’s bottom line? THAT is the “kind” I should take my stand behind? Really?

What does it mean, then, to be human?

Rephrasing the question from the top of this essay, would *I* betray my kind, my race, my species?

Yes; in a heartbeat. Because in my mind and in my soul that ‘Being Human,’ a member of the homo sapiens species, is so much less important than ‘being human’ in a much broader sense. If I can’t identify with what is the best of us, there is no point in any of it at all. And sometimes the best of us, the most ‘human’ of us, is not found inside ourselves but instead in that thing which we are trying to control or destroy,

In a war like the one in “Rise of the Planet of the Apes”, damn right I would have stood with the apes.

In a war like the one in “Avatar”, damn right I would have gone over to the “savages”.

Send in the goons now, if you have to. But here I make a stand. I will stand for fairness, and decency, and compassion, and the basic idea that what is yours is not necessarily mine because I can simply take it by superior force. If my kind/ my race/ my species violates that, then I might well side with the ‘enemy’.

And if anyone thinks that makes me any less ‘human’ and ask me in genuine outrage what it feels like to ‘betray my own, ‘ my answer  would be,