Who wrote this last line?

The last line of a novel can anchor a story in a reader’s mind long after the book is finished.
Let’s try a little quiz. Can you name the novels these last lines come from?
“So we beat on, boats against the current, borne back ceaselessly into the past.”
“Oh, Jake,” Brett said, “we could have had such a damned good time together.” Ahead was a mounted policeman in khaki directing traffic. He raised his baton. The car slowed suddenly pressing Brett against me. “Yes,” I said. “Isn’t it pretty to think so?”
The offing was barred by a black bank of clouds, and the tranquil waterway leading to the uttermost ends of the earth flowed sombre under an overcast sky – seemed to lead into the heart of an immense darkness.
Tomorrow, I’ll think of some way to get him back. After all, tomorrow is another day.
. . . and then he asked me would I yes to say yes my mountain flower and first I put my arms around him yes and drew him down to me so he could feel my breasts all perfume yes and his heart was going like mad and yes I said yes I will Yes.
It might have just been the wind of the winter storm, but Gray looked up at the window, through the gap in the curtains, trying to see out into the dark night… where she knew beyond a shadow of a doubt that she had just heard a rush of dark wings take off for the sky through the veil of the falling snow.
These all came from an article in the HuffPost (link below) awhile back — except one. One of them is from the last line in the last book of one of my series. A reviewer, Angela of Angela’s Library, called it “a perfect last line.” That is a rare accolade that I cherish.
All authors strive to create a memorable last line but we never know exactly how well we’ve achieved that. Only our readers can tell us that, and they probably won’t. *But I did have a reader call me up in the middle of the night to blurt out in anguish: “You killed her. I can’t believe you killed her.”)
We just do the best we can with our last lines and hope the readers find them satisfying, at worst, captivating and memorable at best. A few of mine: 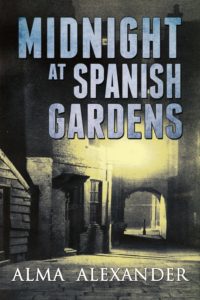 One of my books, ‘Midnight at Spanish Gardens’, follows the lives of five people who are given the extraordinary choice to live a totally different life, with the understanding that at some point they will have to choose which life, which world, they will live in for the rest of the lives.
At the end, the last character who has made her choice, stands staring out at the night:
The world had ended. A certain world, at least, had ended. A new world was about to begin. As it did, after all, every day.
~~~

Tai is not the most powerful character in ‘The Secrets of Jin-shei’ but she is the center, and in the end the lone survivor of a group of women bound together by a vow of sisterhood. The story ends:
Tai said nothing, but simply pointed to where the first bright evening star had kindled in the twilight. And then they sat and watched in wonder, the old woman and the two children, as the stars shimmered into life, one by one, in the summer sky. 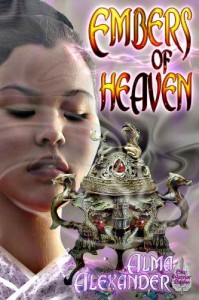 In ‘Embers of Heaven’, which amounts to a sequel to ‘The Secrets of Jin-shei’, although 400 years later, the protagonist who has lived through hard times, sees a startling bright sky.
The sky was not aflame with the fires of destruction or devastation. She was facing east, and that which she was staring at was dawn, the rising of the sun, the promise of a brand new day. From the darkness beneath the earth’s rim, the orb of the young sun rose slowly over the edge of the night and poured its liquid light into the world, a bright and holy fire, woken by faith and valour from the sleeping embers of heaven.
~~~ 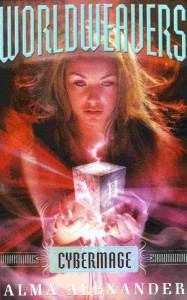 At the end of ‘Cybermage’, the penultimate book in my young adult series, Worldweavers, my protagonist, Thea, is asked what her plans are. She thinks about…
The place where her mother spoke words of power to raise dough for bread, where her father sat in his old leather armchair on Sundays with a week’s worth of the ‘Daily Magic Times’ and the thick ‘Sunday Elixir’ in untidy piles of newsprint around his feet, where her brothers squabbled and elbowed for the last slice of peach pie, where Aunt Zoe could hear the sunlight and see the wind.
“Home,” she said. “I’m going home. And after that… whatever comes.”
~~~
The Huffington Post article offers us the endings of several classical novels, from ‘The Great Gatsby’ to ‘Gone with the Wind.’ You can read it HERE
~~~
As for my “perfect last line”, it is something of a spoiler, but it is the ending of ‘Shifter’, the last book in my series The Were Chronicles. You can read Angela’s review HERE

A publisher asked Mark Twain for “a brief but quotable review” of “Nuggets and Dust: Panned Out in California” by Dod Grile, a pseudonym for Ambrose Bierce. The publisher underestimated the brutal honesty of Twain, who replied”
Dod Grile (Mr. Bierce) is a personal friend of mine, & I like him exceedingly–but he knows my opinion of the Nuggets & Dust, & so I do not mind exposing it to you. It is the vilest book that exists in print–or very nearly so. If you keep a ‘reader,’ it is charity to believe he never really read that book, but framed his verdict upon hearsay. Bierce has written some admirable things–fugitive pieces–but none of them are among the Nuggets. There is humor in Dod Grile, but for every laugh that is in his book there are five blushes, ten shudders and a vomit. The laugh is too expensive.
~~~~~

Quote of the Day 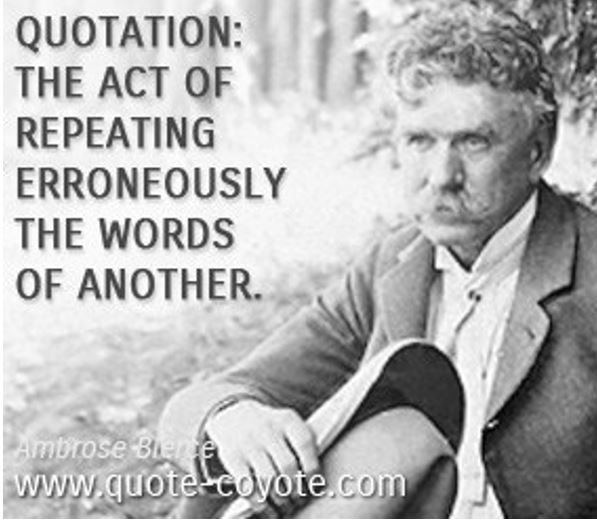