The books that formed me

A perennial question from interviewers is a variation of what books were important to me growing up or becoming a writer. In short, which books were formative.
There are a few books that I almost always speak about, others that I frequently mention, and a few that were of the moment that I was interviewed. As I was thinking about this one day, I was moved to put together a list of 20 books that mattered to me deeply, or were milestones in my life whether I read them as a child or much later.
I hope some of my books are on someone’s list of books they found important to them. I’d like to think so. 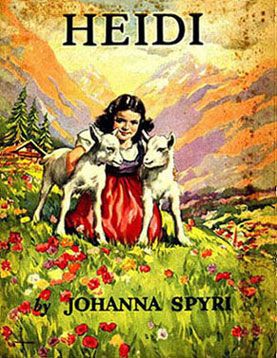 1) Heidi by Johanna Spyri – the book on which I learned to read. Talk about formative!
2) The Good Earth by Pearl Buck
3) Les Miserables by Victor Hugo
4) Vreme Smrti (“The Time Of Death”) by Dobrica Cosic. I read it in the original Serbo Croat and while it is a gripping book in any language, I doubt that the English translation would resonate half as much for someone who ISN’T part of that culture and that land as it did for me.
5. Winnetou by Karl May. It was the first book that made me cry while I read it – I realize now that it is corny and utterly devoid of any realistic ideas. It was Written by a German whose ideas of the Wild West and the Noble Savage were less than, uh, accurate and whose evangelistic tendencies drove me nuts sometimes, but hey, it was a small price to pay.
6. My son, my son by Howard Spring – hell, ANYTHING by Howard Spring, the man was a genius at giving you the story of a life in a way that makes YOU, the reader, share it.
7. Tigana by Guy Gavriel Kay – that spoke to my MARRROW…
8. Captain Corelli’s Mandolin by Louis de Bernieres – the man really knows what makes people change.
9. Cat’s Cradle by Kurt Vonnegut
10. The Lord of the Rings by J R R Tolkien
11. The fairy tales of Oscar Wilde
12.The poetry of Desanka Maksimovic (Hey, I can’t help it if I can read in several languages!)
13. Ivanhoe by Walter Scott
14. “Through Desert and Jungle” by Henryk Sienkiewicz (also read originally in my own language, as a child, and a beloved book to this day)
16. Almost anything by Ursula le Guin
17 Le Morte d’Arthur by Mallory (and, as corollary, “The once and future king“, by T H White)
18. The ORIGINAL Hans Christian Andersen fairy tales, not the sanitized Disney stuff, thanks very much, I loved the visceral quality of the originals.
19. The Forsyte Saga by John Galsworthy (I learned English at ten; at thirteen I was reading the full-blown, unabridged, fulsome and stylistically tough set of Forsyte novels. That was a milestone for me)
20. Narnia books by C S Lewis
What a mix… It’s often been said that mixing one’s drinks leads to faster and harder intoxication – here I’m mixing genres, languages, reading levels and subject matter with such wild abandon that it’s no wonder I wound up as drunk on language as I am…
So. What books are rattling around in YOUR head…?
~~~
My own books can be seen in the pull-down menu at the top of the page
~~~~~

Now and then I find some writing advice I find interesting and would like to share with you.
Take this article I found at BookBub:  5 Unconventional Book Launch Ideas from Professional Marketers
I particularly enjoyed the first one:  Make up a national holiday
See the whole thing HERE