But it’s not real…Is it?

Every book has a story – of its origins, of the secrets and the inspiration which led to its existence, the surprises that leaped out at the writer during the process of creation, the dead end alleys, the astonishing moments of transcendence, the feelings that linger when the writer types “The End.” These essays about my books originally appeared at the Book View Café Blog,

The story behind ‘Midnight at Spanish Gardens’

Let me take you to a place which once was real and is now no more, a place that existed as the worst-kept secret of the University where I was young, handed down like a legacy from generation to generation. Called Spanish Gardens, it was curled up at the end of a nondescript alley waiting for you – if you knew it was there.
Even today, more than thirty years after I and others of my generation left it behind, if you cornered any of us anywhere in the world, we will all describe it to you perfectly in the exact same way, an image frozen in time, like a magical photograph.
It was just a matter of time before I returned to this place in spirit to immortalize it in a book.
The book is “Midnight at Spanish Gardens”, and in it you will find this: 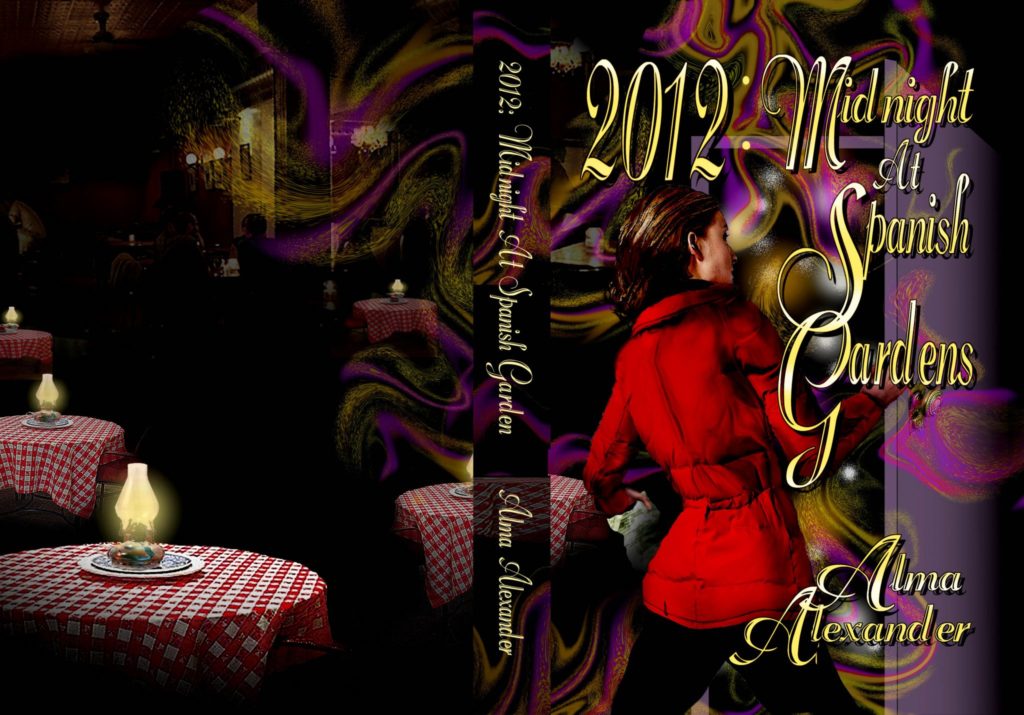 Evening. You walk down a shuttered street; turn into a narrow alley you should never have known was there. At the end of the alley, there’s a courtyard. And at the far end of the courtyard… there’s Spanish Gardens.
It does not look very Spanish. It certainly doesn’t look anything like a garden.
This place serves up your past like one of its fabled Irish Coffees – all froth and innocence on top and the dark, bittersweet mystery below – and watches you drain it, and then try to scry for your future in the patterns left behind on the walls of your glass.
You come here to laugh,  to cry, to mourn, to celebrate – the place where only truth can be spoken, where you are forced to look all your most cherished illusions in the eye and watch them look down first and slink away like ghosts into the shadows leaving only the shining core of your own true self behind.
This is where you come to learn who and what you were, and are, and may become. You leave the ivied and hallowed walls of the edifices of higher education, and your textbooks, and your professors, and your exams; you come here for the love and the laughter and the understanding. You abandon education, and come seeking wisdom.
Everyone has a place like this, a stop along the way on their life’s journey. Yours might be called Café Adagio, or Mama Rosa’s, or Ming’s Dim Sum – the name and the style and the ambience may be quite different – but if you start to tell me about that place it will not take me long to sigh, and smile, and murmur, “Ah, yes. I know the Spanish Gardens”.
It is a place out of time, a perfect location to marry with a moment that was gleefully proclaimed the end of days, the Mayan end of the world, and produce a novel that is all about choices.
I wrote a story about five people, old friends from college days, who were scattered to the four winds by betrayal, and estrangement, and, well, just life and living. But on this day, on the “last day of the world”, they get back together again for an evening of reunion. Many old bones are stirred and many skeletons rattle in their cupboards – and on the night this magical place offers up a piece of magic to all of these five people.
It gives them a glimpse of another life they might have lived had they, back in the time of their youth, made different choices, taken different life paths. At the end of that glimpse they have to choose – they can stay in that new life, and forget about the one that they had previously led, and it will be erased as though it had never been and all trace of it would vanish from their memory.
Or they can return to their old life.
Four of them choose to come back to the lives which they had been living, which had shaped them, which had made them into the people who they knew they were.
One does not.
It is a visceral thing, this choice. Everyone who has read and reviewed this book turned inward and asked, inevitably, “What would I have done?” You trace the forks in your own road and you wonder where you would have ended up if you had chosen a different direction at those crucial moments of decision which presented themselves.
But in the end most of us come back to the feeling that if we are at all happy with our lot then it is impossible to regret anything that led us to be where we are. And if we do have regrets… for us, there is no magic, not of the kind which I imbued my semi-mystical Spanish Gardens with. We have to live with our regrets. There is no going back to erase things, to do something else, something different. There are no do-overs. Our lives are our lives.
But still. That was a potent cocktail, that story. A place out of time, and a moment at the end of time (and maybe the beginning of a whole another universe). Married together, they made for a heady elixir. This was not an easy book to write, nor is it an easy book to read. This isn’t something you pick up and put down and then go back to later – it’s complex and full of unexpected aftertaste, much like those Irish Coffees for which Spanish Gardens was so justly famous.
This is a book of questions, and if I offered up answers for the characters who live within this story that doesn’t mean I offer up answers for the reader. You have to bring those along for yourselves. All I do is put the questions on the table, lay them out like a Tarot reading, and then sit back and watch you interpret the meanings for yourselves.
Would you have chosen a different life if you were given a chance? Would you have given up a lover, a career, would you have traded high achievement and unhappiness for a lesser but more content existence?
Nobody knows, except you.
Come with me. Come to Spanish Gardens. Take the first sip of that Irish Coffee story.
And choose.
Pick up your copy HERE

The State of Flash Fiction

Quote of the Day 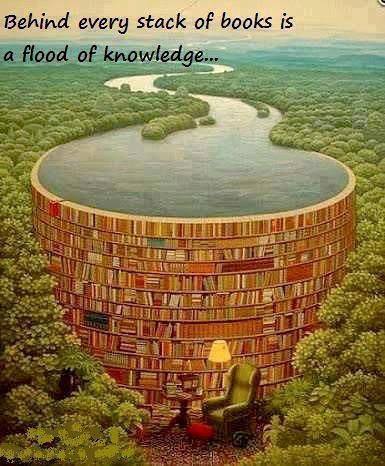