How to Con it

I went to my first SF con in 1995 – ConQuest in Auckland, New Zealand.

The primary reason I went was because Roger Zelazny, one of my personal literary gods, was one of the writer Guests of Honor. He carried out his GoH duties with grace and charm, despite the cancer that was ravaging him. The Con was in April, by June he was gone.
I will always be grateful for the chance to have met him, spoken to him, shook his hand, had him sign one of my favorites of his books, and to receive at his hand the words of benediction that have been my guiding light ever since. During a writers’ workshop where he had read a story I had submitted for critique, he told me:
“You have a voice all of your own. Nobody else will ever write this way.”
I remember very little of that convention, other than the Zelazny encounter. And my con-going was sporadic from 1995 until 2000, when I moved to the United States and began to get involved in the true hub of the SF con circuit. I started with a vengeance, attending as many as nine conferences a year before I slowed down.
I went to even these early conventions as a writer, interested in the literary aspects of the panels and the discussions, looking out to meet people whose books I had read and loved. As I climbed the ladder in my own right, many of those people became colleagues, and many of those moved forward again to become friends. If I go to a convention today it is usually as a panelist, a guest, an author, a pro; I’ve done a couple of GoH appearances of my own, since the day I gazed on Zelazny in that role.
Until the spring of 2015 I had not visited any of the more massive cousins of the smaller regional cons I usually frequented, a true Comic Con. When I did visit the Emerald City Comic Con in early 2016 it was once again as the newbie, someone who’d gone to a Comic Con for the experience of it, the costumes in the halls, the electric atmosphere fueled by stars of the literary world but also those of TV and the silver screen. Con-gone-Hollywood, as it were.
For any new con goers who might be just joining the circuit, I can offer a few major tips.

As a more experienced con goer, or a pro who is there for a busman’s holiday and working the panels, there is a whole other set of rules. Be patient, be kind; smile; talk about the things you know about, don’t pretend you know things you don’t know, and generally don’t bring arrogance or one-upmanship into the game. Don’t use the entire convention to promote your books. Sure, there are moments where it is apposite to do so, but panelists who wall themselves off with a barrier made out of their published works; or who cannot seem to have a conversation about ANYTHING without bringing it around to themselves, will quickly find that the reactions of the fans will measure up to that.
What you bring in, will be given back to you in fulsome measure. Practical things which have nothing to do with any of the attitudes are legion. Hydrate. Make sure you know where the things you need are to be found. Be considerate. Be patient (yes, there will be times when you will want to swear at hotel elevators and how they’re always full or going in the wrong direction when you desperately need to be somewhere else in a hurry. Bring bandages because you will probably have blisters. I had to go to the professionals at ECCC because I rubbed my foot raw and didn’t have the right equipment handy.
Be helpful where you can (a tiny gesture like helping someone who is about to spill a full folder of papers or a cup of coffee over one will earn you lots of brownie points. Speak up, but don’t dominate conversations. Try not to get obnoxious (and if you know you get that way after a few stiff drinks monitor your intake).
Try not to be a complete ass and be loud and giggly in hotel corridors – in wings not designated as party wings – after a reasonable hour (take conversations into rooms, if you need to, but also remember that hotel rooms are not precisely sound proofed and if the person next door can report your conversation back to you verbatim because they could hear it through walls you are being way too loud about it).
Make it a point to say something nice to someone at least three times a day (if everyone did that you’d get nice things said to you, too. Remember that,) Bring aspirin (or equivalent) – it’s always handy to have. Try and learn something new. Bring money – you’ll find SOMETHING you will want in the dealers rooms, and make it a point to support the dealers, while you’re at the con; if you pick up something, no matter how small – a comic book, a new novel, a CD, a pair of earrings, a cute dragon puppet – that someone has made, it makes their day and supports the con you love and hey, YOU have something new to treasure. Volunteer, if you can, and you feel so inclined. Make at least one new friend.
Have fun.
I’ll see you there. 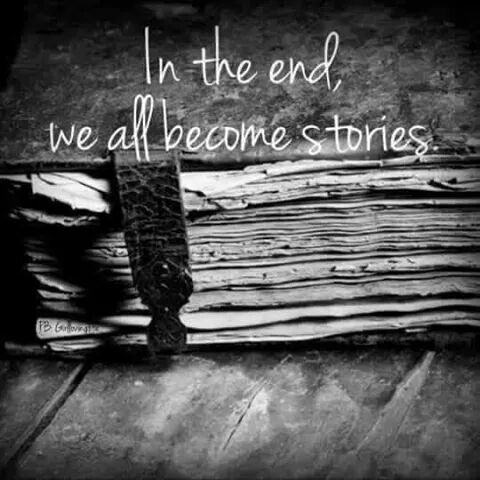 A fundamental truth.
~~~~~
About me    My books    Email me    Get My Newsletter
If you found this blog post interesting, amusing or helpful, then please use the icons below to share it with other writers, readers or the guy next to you on the subway.