I remember the now nearly extinct sound of the typewriter that I used before I embraced computers for my writing. My husband not only remembers typewriters, he also fondly recalls the sound of teletype machines from his days as a newsman in the ancient past. 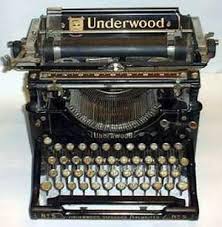 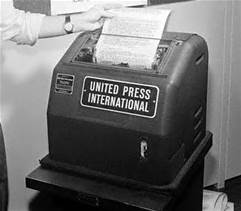 The Museum of Endangered Sounds

“I launched the site in January of 2012,” Brendan writes at his website. “as a way to preserve the sounds made famous by my favorite old technologies and electronics equipment.”
“Imagine a world where we never again hear the symphonic startup of a Windows 95 machine. Imagine generations of children unacquainted with the chattering of angels lodged deep within the recesses of an old cathode ray tube TV. And when the entire world has adopted devices with sleek, silent touch interfaces, where will we turn for the sound of fingers striking QWERTY keypads? Tell me that. And tell me: Who will play my GameBoy when I’m gone?”
Hear all the saved sounds HERE

Noting that books are always a great gift, Crystal Paul at Bustle offers

9 DATE Ideas For Book-Lover Couples This Valentine’s Day
For example:

Take a Literary Road Trip – Head out to some literary museum and sites. If you’re in Boston, for example, you could probably hit up a talk at Edith Wharton’s home and have a picnic at Walden Pond in the same day. You could even trace the tracks of Kerouac or follow the tracks of famous literary travels.

Read all the selections HERE
~~~~~
If a movie is ever made of one of my books, The Secrets of Jin-shei  let’s say, I don’t know that I’d dare go see it because there is no guarantee that I would not be in tears — and not the good kind. And that would be lousy advertising for the movie, wouldn’t it.
At Mental Floss, Stacy Conradt tells us about

11 Authors Who Hated the Movie Versions of Their Books

Image credit: Disney
Some of the most beloved movies ever were based on books, Conradt says. But just because moviegoers loved them doesn’t mean the original author did.
For example:
P.L. TRAVERS // MARY POPPINS
Disney’s Mary Poppins might be a cherished childhood memory for a lot of people, but for author P.L. Travers, it was a complete slap in the face. Despite having script approval, Travers’ edits were largely disregarded. Travers loathed the movie’s animated sequences and was perturbed that Mary Poppins’ strict side was downplayed. After some heated meetings, Travers reluctantly approved. She would have been shunned from the star-studded premiere had she not shamed a Disney exec into an invite. The 65-year-old Travers spent most of the movie crying and ultimately refused to let Disney touch the rest of the series.
Read the whole story HERE
~~~~~
I am always happy to talk to book clubs, in person if they are nearby, or on Skype. (See “Book Clubs” in the menu under my header.) But I don’t have a great deal of experience with them.
At Bustle, Alex Weiss offers us

One of the ways he suggests is ‘Switch Up Your Meeting Spots’.
But the one I find of most interest, for obvious reasons, is: ‘Choose Local Authors’. (Attention local book clubs: contact information is on my blog. 🙂  )
Read the whole article HERE
~~~~~
Quote of the Day 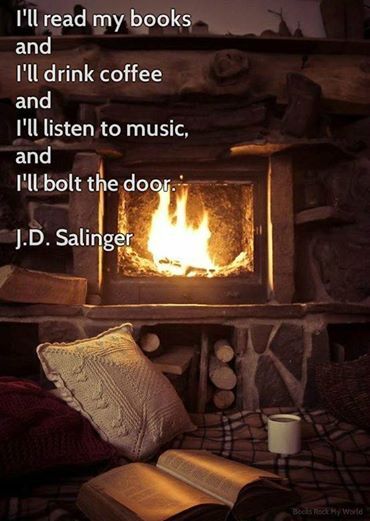 The man knew the way to a booklover’s heart.
~~~~~
Get Newsletter    My bio    My books    Email me
If you found this blog post interesting, amusing or helpful, then please use the icons below to share it with other writers, readers or the guy next to you on the subway.