Words of love that don’t have an English equivalent
Emma Block has created a series of drawings to showcase a variety of words from across the world that say things about love, but which don’t have a direct equivalent in English, Sam Haysom writes at Mashable. For example: 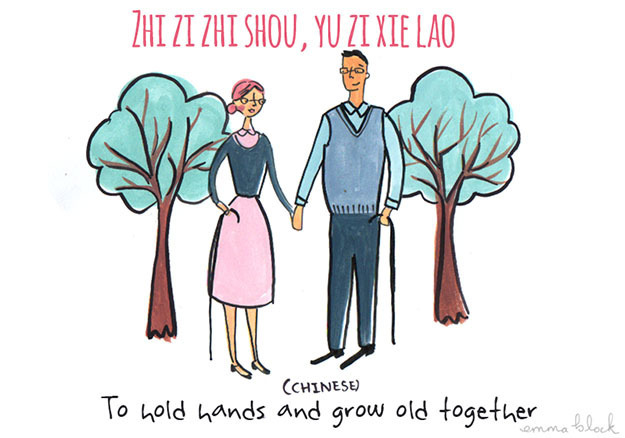 See all the words and drawings HERE
~~~~~

Seriously? SERIOUSLY? As a graduate microbiologist, this just fascinates me 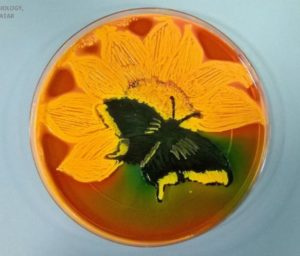 “What do the Chicago skyline, a cat, a subway map, a Van Gogh, and a skull all have in common?” Morgan Shoaff asks at Upworthy.
“They’ve all been re-created into beautiful masterpieces using… bacteria.”


Read the whole story HERE
~~~~~
I was 15 years old when I went to boarding school in a haunted castle in Wales.
The poor ghost was a bit of a joke. It was a tradition for a senior girl to drape herself in a white sheet and wander the hallways with her “head” under her arm, moaning and scaring the younger girls into screaming fits.
Except… there was that one time… when the screams were a little different, a little more shrill, a little more SERIOUSLY FRIGHTENED than was the usual fare. More than that, the round terrified eyes of the young prank victim seemed to be gazing somewhat beyond our purported ‘ghost’. When the prankster finally turned around herself to see what the problem was… it was to see the REAL ghost standing at the top of the stairs…
The memory of that time came back…to haunt me?…when I read about
The Custodians of a Ghostly Campus Legacy 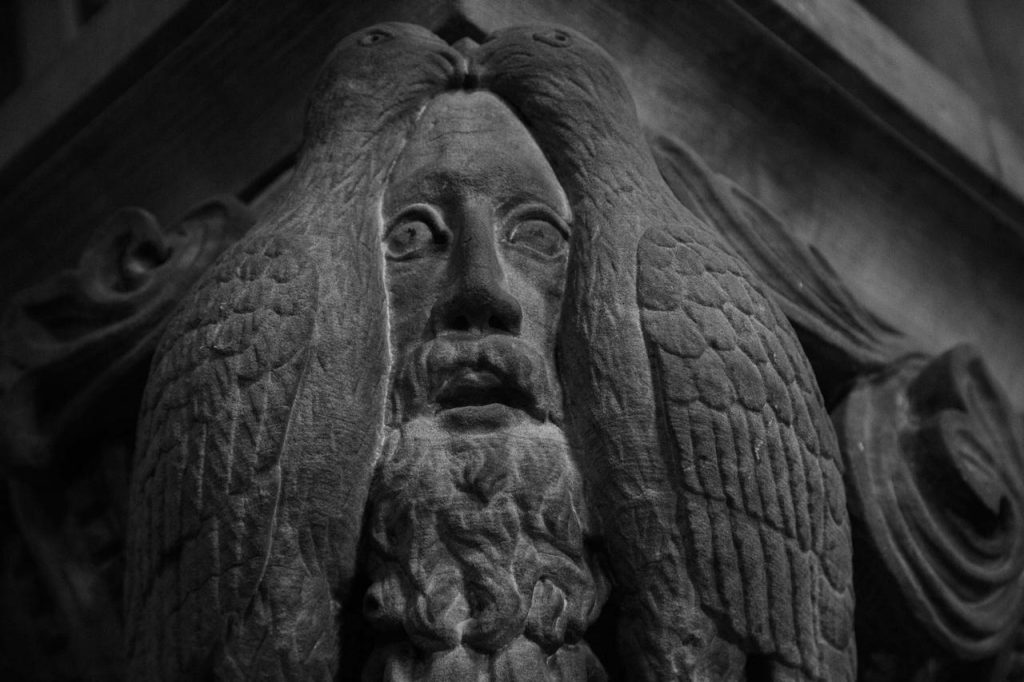 Photos by Simon Willms and Bradley Richards
A pair of stonemasons with a murderous feud gave University of Toronto its hauntingly intricate architecture—and its first grisly ghost story. A century and a half later, late-night janitors report an abundance of eerie encounters.
In 1856, Ivan Reznikoff, the Russian, and Paul Diabolos, the Greek, were hired to carve the delicate reliefs of University College. The relationship between the two carvers was acerbic, beset by acrimony, bile, and relentless chiseling, of every kind.
In Narratively, Bradley Richards and Simon Willms tell how Diabolos taunted Reznikoff by carving baboon-faced Gargoyles in his likeness. Reznikoff, the inferior carver, plodded on, drunkenly etching pocked and grotesque visages of his own.
Then there was the murder…
Read the whole fascinating tale HERE
~~~~~
If you were offered a chance to live a different life, would you take it? That’s the premise of my ‘Midnight at Spanish Gardens‘, a novel of pure fantasy.
At least I thought it was based on pure fantasy until I read the following article in Mother Nature Network about
Parallel worlds that interact with our world 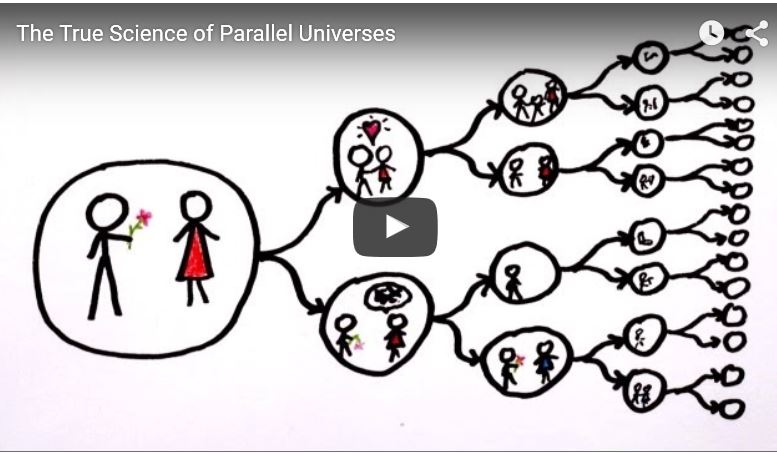 Personally I think that the quantum world is a glorious impenetrable and incomprehensible nightmare (unless you’re Sheldon Cooper) but this theory seems to explain some things.
Whatever … So is my ‘Midnight at Spanish Gardens‘ really a science fiction multiple universes string theory quantum physics superstory rather than a fantasy?
I just write the books, you decide.
Learn all about the new theory HERE
~~~~~
A real unicorn? 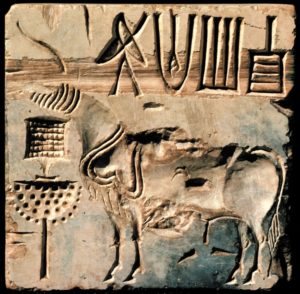 Ancient civilization: Cracking the Indus script
At Nature.com, Andrew Robinson reflects on the most tantalizing of all the undeciphered scripts — that used in the civilization of the Indus valley in the third millennium BC.”
Robert Harding/Corbis – The mysterious Indus unicorn on a roughly 4,000-year-old sealstone
~~~~~
Great books that publishers rejected
Whose novel was rejected as “Overwhelmingly nauseating, even to an enlightened Freudian… I recommend that it be buried under a stone for a thousand years” ?
Don’t know? Well then try this one:
Mystery writer John Creasey is believed to hold the record for rejections. How many did he – and his 27 pseudonyms – receive?
There are 10 questions, I won’t tell you how many I got wrong.
Take The Guardian quiz HERE
~~~~~
THIS ‘n THAT 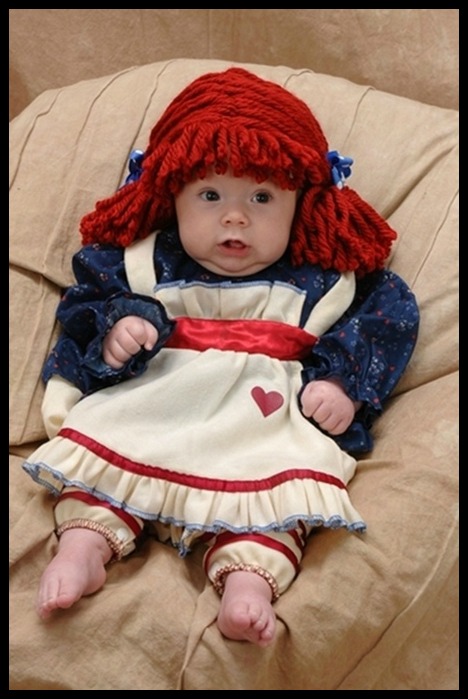