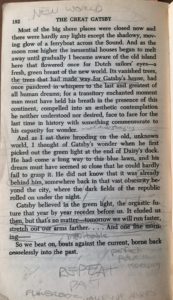 “During my junior year of high school,” Kara Watson writes at Off the Shelf, “my English teacher spent several weeks preparing us for the honor of reading The Great Gatsby….Chapter by chapter, sentence by sentence, he dazzlingly brought Fitzgerald’s book to life, and for the first time I grasped the link between literature and society and learned firsthand how an excellent teacher can change the course of one’s life.”
Here, twelve authors recall their first encounters with Fitzgerald’s classic. 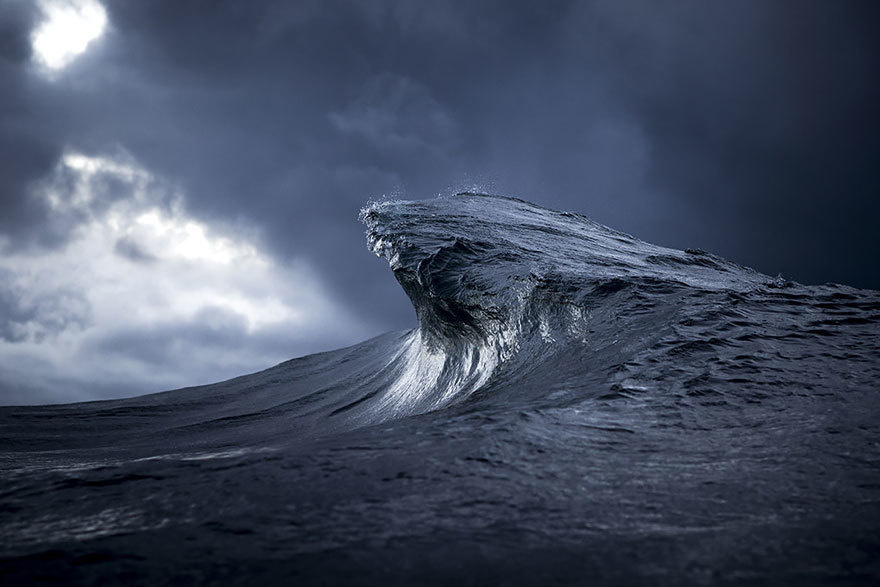 Ray Collins
Ray Collins, The World’s Best Water Photographer
At first glance, these photographs look like looming mountains, standing guard over a dark universe found in a Tolkien novel, Amanda of Lifebuzz says. But look again: These stunning images are actually ocean waves, captured at their peak point of crash by photographer Ray Collins.
See all the photos HERE
~~~
And then there is photographer Clark Little 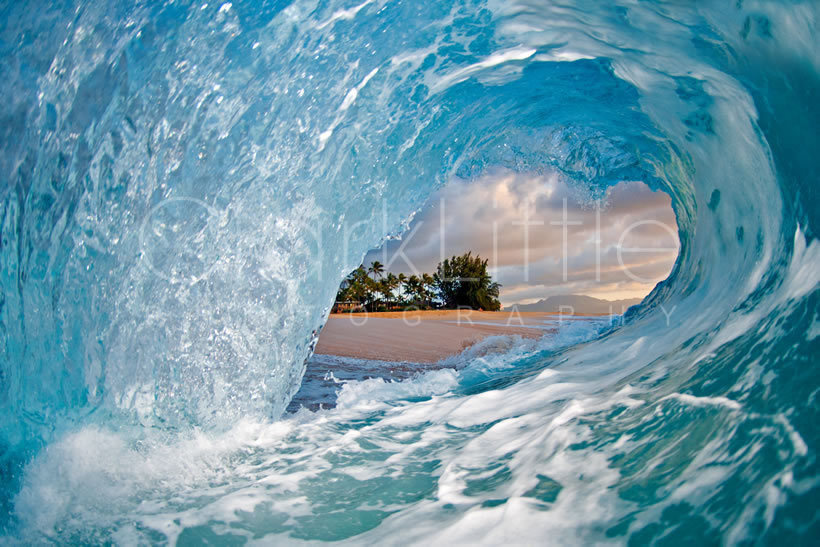 Clark Little
Many people know his photos, Lisa Be of LifeBuzz reports, but they don’t know his amazing story. Eight years ago, Clark Little didn’t even own a professional camera. One day he threw a waterproof casing over a cheap camera and went into the ocean to capture a shore break shot when his wife wanted a picture to decorate the bedroom wall.
See more of his photos HERE
~~~~~
48 Of The Most Beautiful Lines Of Poetry 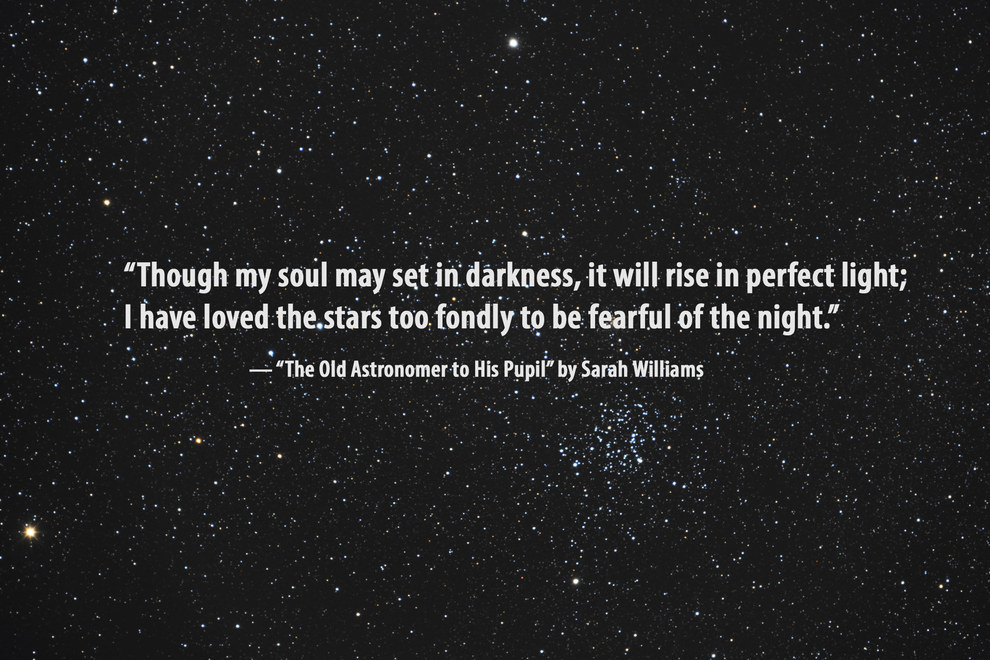 Sarah Galo / BuzzFeed / Thinkstock
Sarah Galo asked members of the BuzzFeed Community to share their favorite line of poetry with us in honor of National Poetry Month. Here are some of their responses.
From “Still I Rise” by Maya Angelou:
“You may write me down in history
With your bitter, twisted lies,
You may trod me in the very dirt
But still, like dust, I’ll rise.”
From “Funeral Blues” by W.H. Auden:
“He was my North, my South , my East and my West
My working week and my Sunday rest
My noon, my midnight, my talk, my song;
I thought that love would last forever, I was wrong.”
From “Suicide’s Note” by Langston Hughes:
“The calm,
Cool face of the river
Asked me for a kiss.”
See all the choices HERE
~~~~~
New York hotel inspired by Dewey Decimal System is every bibliophile’s dream 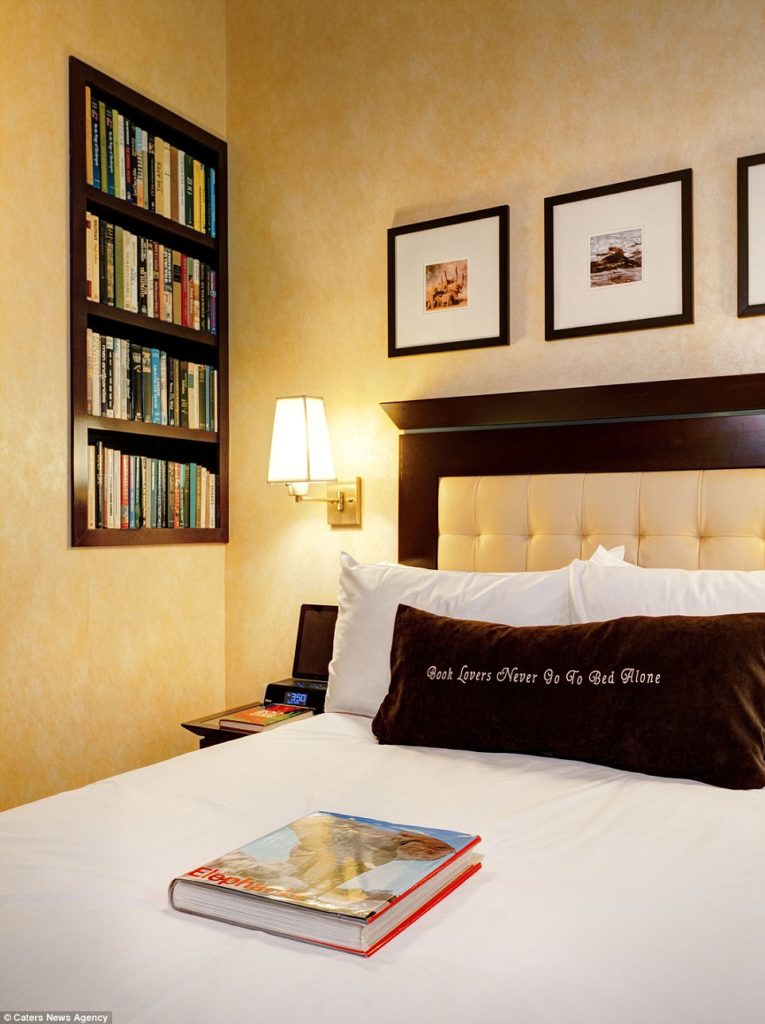 The luxurious Library Hotel has more than 6,000 books scattered throughout its guest rooms and public spaces. Each floor is dedicated to one of 10 of the Dewey Decimal System’s categories, including history and technology. Every one of the hotel’s 60 rooms is decorated according to a genre or topic within the categories. On the fifth floor – devoted to math and science – guests stay in rooms themed after astronomy and dinosaurs.
Read the whole story HERE
~~~~~
The One-Book Wonder Phenomenon
The Off the Shelf staff looks at one-book authors. In some cases they started their careers late or their lives were tragically cut short. In other cases, the reasons their output was so limited remains a mystery to this day.
“However, each was a unique and brilliant voice and we can only hope that someone will discover another dusty, long-forgotten manuscript.”
For example: 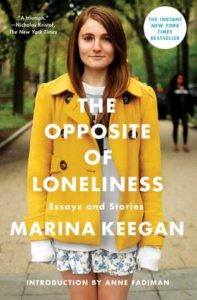 The Opposite of Loneliness: Essays and Stories
by Marina Keegan
Marina Keegan’s star was on the rise when she tragically died five days after her graduation from Yale. Days later, her deeply moving last essay for The Yale Daily News, “The Opposite of Loneliness,” went viral. Marina left behind a rich and expansive body of work that captures the hope, uncertainty, and possibility of her generation and articulates the universal struggle of figuring out what we aspire to be. 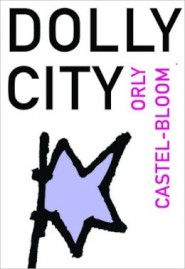 Dolly City, Orly Castel-Bloom, translated from the Hebrew by Dalya Bilu (Dalkey Archive Press)
Castel-Bloom’s satire on everything from motherhood to the state of Israel is as scathing as they come. Doctor Dolly, a doctor in name only who practices illegally in her home laboratory, finds a baby in a plastic bag, names him Son and grows increasingly, hysterically concerned about this well-being. It might not help you understand the political situation in Israel, but it’ll give you an idea of its insanity.

Read the whole story HERE
~~~~~
THIS ‘n THAT
Eric Greitens, a former Navy SEAL and founder of The Mission Continues, gave a reading for his latest book “Resilience: Hard-Won Wisdom for Living a Better Life,” while in the sky on a Southwest Airlines flight.
~~~
17 Seattle-area bookstores have teamed up for the Indie Bookstore Challenge in which winning customers will receive year-long 25% discounts. Customers can compete by picking up a bookstore passport from any of the participating stores, then have it stamped at that and the other 16 stores.
~~~~~
Quote of the Day 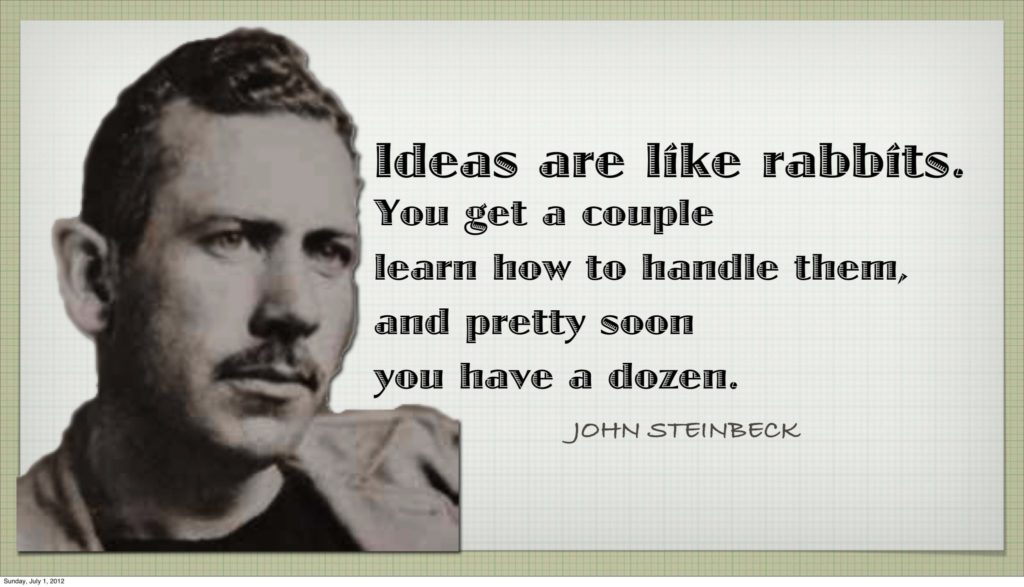