25 must-read books
One of Powell’s Books customers asked for a list of 10 books that “everyone absolutely must read in his or her lifetime.”
The question intrigued us and we immediately launched into a heated debate. Should the Bible be on the list? No text has influenced Western culture more, but might it be equally important to read the Koran or the Torah for a more enlightened worldview? Shakespeare seemed like a given, but how to choose between Hamlet and the sonnets, between A Midsummer Night’s Dream and King Lear? And what of lesser-known works — things like The Rings of Saturn or Bluets or No-No Boy or The Book of Disquiet? How could we whittle down our list to just 10 books?
As it turns out, we couldn’t. We posed the question to our fellow book-savvy colleagues and, after receiving some 1,400 nominations (!) and putting it to a vote, we ultimately settled on 25 titles. Instead of worrying so much about what had to be included, we opted to present books that have the ability to change the way you think and feel and reflects our diverse interests here at Powell’s.
Personally, I’m glad to see some genre works included here. Lists like this are too often high-falutin LITRACHUR. I have read about half of the books in this list myself – I won’t tell you which half — and will have to live for a very long time until I get around to the rest.
Things Fall Apart, by Chinua Achebe

Before Things Fall Apart was published in 1958, few novels existed in English that depicted African life from the African perspective. And while the book has paved the way for countless authors since, Chinua Achebe’s illuminating work remains a classic of modern African literature. Drawing on the history and customs passed down to him, Achebe tells the tale Okonkwo, a strong-willed member of a late-19th-century Nigerian village. As we follow Okonkwo’s story, we get a glimpse of the intricacies of village life and the complex social structures that come into play. We then see the devastating effects of European colonization on the region and on Okonkwo himself, whose rise and fall become intertwined with the changing power dynamics. Things Fall Apart is essential reading for anyone who wants a more nuanced understanding of other ways of life, of culture clashes, of what being civilized really entails. – Renee
Read the article
~~~~~
QUIZ: Before They Were Famous
Before they make it big, writers have to pay the bills somehow. Can you guess what these famous authors were doing before they became household names? Mental Floss asks.
My husband got ZERO! I won’t tell you how I did.
Take the quiz
~~~~~
The 10 Best Vampire Novels No One Has Read
Just because a novel is on a national bestseller list—or sells hundreds of thousands of copies—doesn’t necessarily mean it’s good, Paul Goat Allen writes at Barnes and Noble. The reverse is also true, especially of genre fiction, fringy fiction—a lot of the good stuff comes and goes virtually unnoticed. Take vampire fiction, for example.
Here are some of the most under-appreciated vampire novels of all time.

Fat White Vampire Blues by Andrew Fox
This and its sequel, Bride of the Fat White Vampire, are simply hilarious reads. Featuring a 500-pound, bloodsucking taxi driver named Jules Duchon, this story—set in New Orleans—is as entertaining as it is audacious. The tagline for Fat White Vampire Blues says it all:
“He’s undead, overweight, and can’t get a date.”
You will never read anything quite like these novels…

Read the article
~~~~~
Swapping books
I have mixed feelings about these three sites that I found in a list of 20 places where you can swap things. On one hand, I approve of anything that facilitates the reach of books. and encourage s reading. But… As a writer, I would much rather people buy their own books, particularly, my books, of course. But if you are strapped for cash … 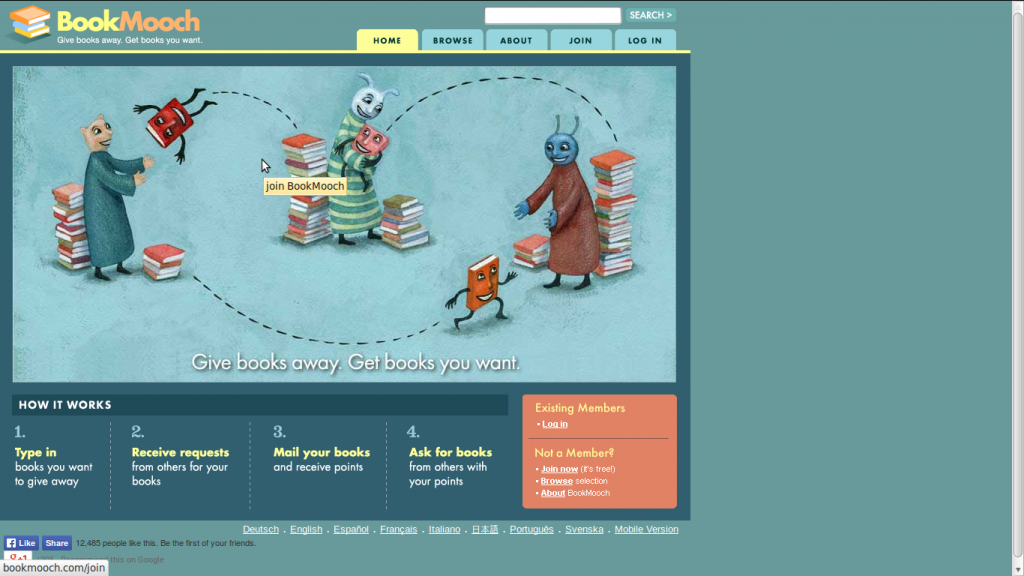 Book Mooch is both national and international book swap site. The site is free to join, the only cost is shipping of books.
What’s On My Bookshelf is another barter site for books of all kinds.
PaperBack Swap. Members build up their library in order to swap with other members.
Barter sites
~~~~~
15 Best Online Bookstores for New and Used Books
There are a number of reasons why you might be looking to buy books from an online site that’s not Amazon.
I always urge readers to buy from their local bookstore, but if you don’t have one, or if you need a specific title (like a textbook), the web might be your best bet. Lifehack found 15 of the best online bookstores (including the three mentioned above) where you can find deals on new books, used books, textbooks, and more.

Biblio
Niche topics, rare books: Biblio.com styles itself as one-stop shopping for true bibliophiles, with carefully curated collections from independent booksellers. Many are dealers who focus on specific niche interests, antiquarian books, and rare books, and in addition to searching for titles and authors, you can also browse by seller.
Bonus: Your purchase helps do good! All shipping is offset with carbon credits. The company also has a nonprofit arm, BiblioWorks, which uses the site’s profits to build libraries in rural communities in South America.
Read the article
~~~~~
5 science-backed ways reading makes you healthier 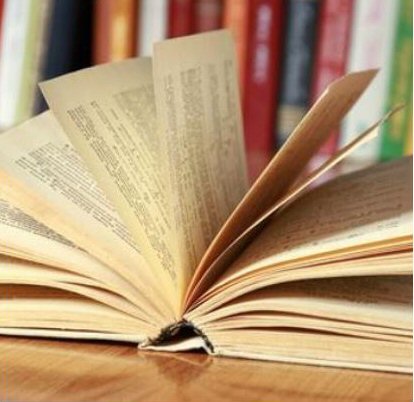 Photo courtesy of Shutterstock
Books aren’t just exciting to get into, Stephanie Castillo says at Raw Story, they boast some health benefits, too.
For example:
Self-help books are recommended as an intervention for severely depressed patients, a BMJ study found. Similarly, a small study from the University of Cincinatti found bibliotherapy, or the idea of using books as an intervention, benefitted children who struggled socially as a result of a disability, including autism and Downs Syndrome.
Read the article
~~~~~
McMoon’s
A bunch of people get a broken TV and a pile of antiquated equpment and started chatting to a miraculously revived satelite Up Yonder In THe Blue. How *AWESOME* is this? 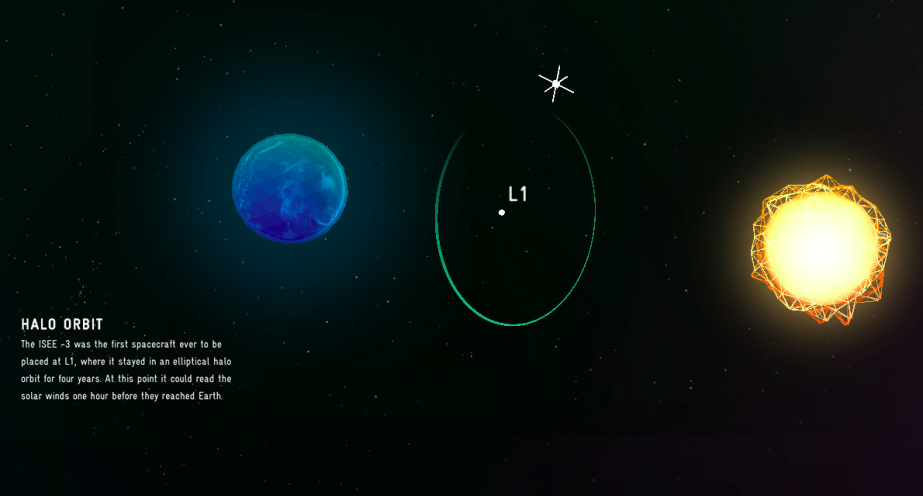 The ISEE-3 was the first spacecraft ever to be placed at L1, where it stayed in an elliptical halo orbit for four years. At this point it could read the solar winds one hour before they reached Earth.” (Photo via Google)
An independent crew is taking control of a NASA satellite, ISEE-3, and running a crowdfunded mission, Jack Smith IV writes at Betabeat. They’re doing it all from a makeshift mission control center in an abandoned McDonald’s in Mountain View, CA.
The ISEE-3 used to measure space weather like solar wind and radiation, but went out of commission decades ago. Now, a small team has taken control of the satellite with NASA’s silent blessing.
Their new control center, dubbed “McMoon’s,” fit all of the criteria they needed: the doors locked, and it was free. For their console, they pulled a broken flatscreen TV from a government dumpster and fixed the power supply. The other pieces are from eBay, including a Mac laptop and some radio parts.
With just those bare-bones pieces, they were able to MacGyver a computer-radio hybrid that made contact with the ISEE-3.
Read the article
~~~~~
Quote of the Day
“Realism: the siren song of mediocrity, written by the elite to make you settle for less than you deserve.” ~ Ted Rall,
~~~~~
Alma Alexander
Check out my books
If you found this blog post interesting, amusing or helpful, then please use the icons below to share it with other writers, readers or the guy next to you on the subway.