How authors from Dickens to Dr Seuss invented the words we use every day
The English language didn’t just spring from nowhere, Paul Dickson notes at The Guardian. So who introduced such gems as cojones, meme, nerd, butterfingers, gremlin, and Jin-shei?
Well, OK, that last one is mine and certainly doesn’t have the currency of nerd. But I have seen it used to mean ‘sisters of the heart’ by some of my readers. 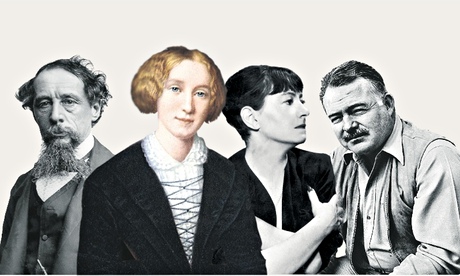 Wordsmiths: Charles Dickens, George Eliot, Dorothy Parker and Ernest Hemingway are all the surprising sources of some of our everyday words. Getty Images/Alamy/Sportsphoto Ltd – Allstar/Guardian montage
As for “butterfingers,” Charles Dickens used the term in his 1836 The Pickwick Papers (more properly called The Posthumous Papers of the Pickwick Club): “At every bad attempt at a catch, and every failure to stop the ball, he launched his personal displeasure at the head of the devoted individual in such denunciations as ‘Ah, ah!—stupid’—’Now, butter-fingers’—’Muff’— ‘Humbug’—and so forth.”
Invented words
~~~~
The modern history of swearing: Where all the dirtiest words come from
As society evolves, so do our curse words, Melissa Mohr writes at Salon. Here’s how some of the most famous ones developed — and a few new ones. 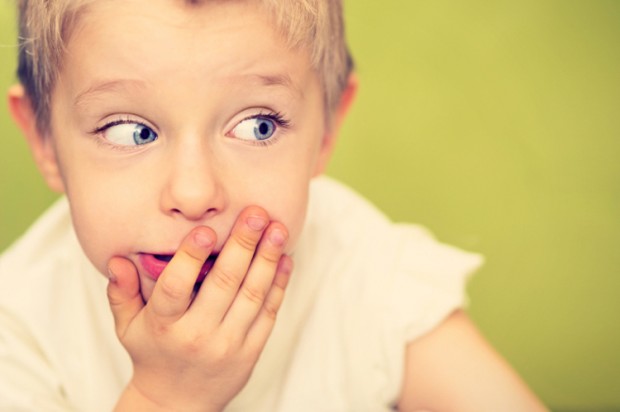 (Credit: Imgorthand via iStock)
History of %#@^*)
~~~~~
104 Famous Novels With Catchy First Lines
The opening lines of a novel can prove crucial, and many authors spend an inordinate amount of time considering how their books will begin.
From Dickens’s A Tale of Two Cities to Melville’s Moby Dick, often the opening sentence or two of a book will become the most frequently quoted and iconic passage from the entire novel. This list from Ranker.com has the best novels with great first lines, bound to make the best impression on readers. e.g. 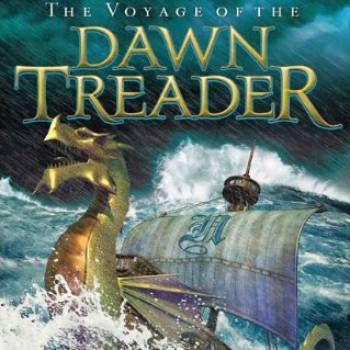 “There was a boy called Eustace Clarence Scrubb, and he almost deserved it.” ~ The Voyage of the Dawn Treader
How many do you know?
Opening lines.
~~~~~
35 brilliant short books Anyone can find the time to read
If you lead a busy life, Alex Morris muses at Lifehack, then settling down to read a book may seem unfeasible. But you can find solace in the less demanding world of novellas that despite their diminutive nature,  have amassed many classics. Here are 35 such books anyone can find the time to read.

The Call of the Wild by Jack London — A tale of primitive reawakening. Buck, a domesticated dog, grows increasingly wild after he is stolen from his owner. An exhilarating read. 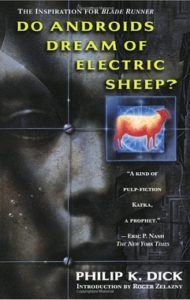 Themes of humanity and reality run throughout as protagonist Rick Deckard hunts down humanlike replicants. The film Blade Runner is loosely based on Dick’s novella.

Books for harried readers
~~~~~
Famous Authors’ Most Dramatic Breakups
Former schoolmates and lifelong besties Charlotte Brontë and Ellen Nussey traded more than 500 letters during their friendship, Alison Nastasi writes at Flavorwire.
In 1839, nearly a decade before Brontë’s Jane Eyre was published, Nussey’s brother Henry proposed marriage to the author. She rejected him in a letter, which the website Brain Pickings perfectly describes as “a bold defiance of oppressive gender ideals, packaged as the ultimate it’s-not-you-it’s-me gentle letdown. Leave it to the wildly creative literary types to pen the best breakup letters.”
Not a breakup exactly, but a fascinating story nevertheless: 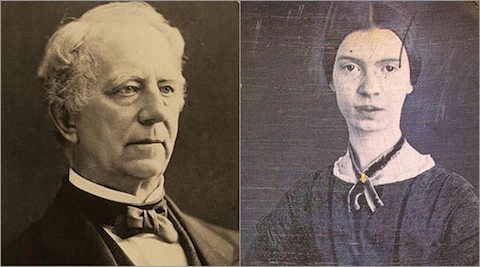 Emily Dickinson and Otis Phillips Lord: Dickinson was a recluse, but a romance with her father’s close friend revealed another side of her. Otis Phillips Lord traded a series of passionate letters with the author after his wife died. Dickinson was 47 at the time. “I will not wash my arm, twill take your touch away,” she penned at one point. “I confess that I love him — I rejoice that I love him. . . .“ Lord died months later, closing the chapter of their relationship most dramatically.
Breakup letters
~~~~~
Bookshop memories: your pictures and stories
When The Guardian asked readers to share anecdotes and photos of their favourite independent bookshops, the stories poured in. From romance surrounded by Shakespeare to an encounter with a falconry-loving policeman, here is a selection of the best bookshop memories. 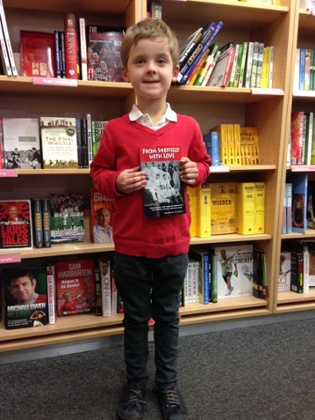 Photograph: Katrina Shilton/GuardianWitness
From Foyles with Love, by Katrina Shilton – “My six year old bibliophile boy, Sebastian, discovers a copy of my book in Foyles, the only non-online bookshop in the world to stock it.”
Bookshop memories
~~~~~
Quote of the Day 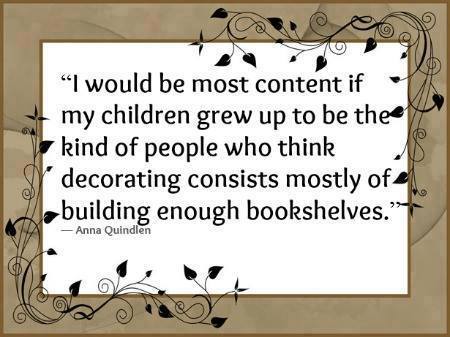