What if you were a Were?

Random, the first book in my The Were Chronicles series, is now available for pre-order from the publisher, Dark Quest Books.
The cover shown here is not the final one but is striking in its own way. The back cover description gives you an idea of the storyline:

My name is Jazz Marsh.
I am a Random Were, which means I am a Were of no fixed form. Like all random Were, my family can become any warm-blooded creature if it is the last thing they see before they Turn.
For me, when my time came, that meant… trouble.
I was quite young when I lost my older sister, Celia, and my family never spoke about her. It was only when I found the secret diaries that she had left behind that I began to discover the truth behind her life and her death.
I never understood what drove my moody and dangerous older brother until I began to get an inkling about his part in Celia’s death… and until, driven to the edge of patience and understanding, he finally had to face his own Turn problems… and disastrously took matters into his own hands.
One thing is clear.
Everything I thought I knew about Were-kind was wrong.
~~~
Ysabeau Wilce, award-winning author of the Flora Segunda series, offers her assement of Random with a cover comment:
By taking the traditional tropes of the animal shape-shifter and combining them with the horrors of high school, Alma Alexander has created a gripping and complicated story of family loyalty and teenage rebellion. Alexander’s teenage characters are achingly real, full of teenage ferocity and angst, trying to find their way in a world determined to marginalize them for who they are, who they can not help but be. The brutality of high school will be instantly recognizable to readers, but the inventiveness of Were society and habits is all Alexander’s own. An excellent start to a brave new series.
Readers frequently ask what they can do to support an author who they like. Well, pre-ordering is one of the very best ways. Click on the link and put in your oder today.
For those of you who REALLY wish to support the author, order two – and give one to your local library or local high school library. And tell your local high school to contact me if they want me to talk to their kids about the book and all that it is about.
Pre-order Random
~~~~
Celebrating William Shakespeare’s 450th Birthday
And to honor him, we give you his top 12 quotes. Do you know them all? Exactly?
Shakespeare Quotes
~~~~~
33 Amazingly Useful Websites
Bookmark them all, Buzzfeed says, and “change your life forever.”
For example, if you need a whole new identity, go to the Fake Name Generator, or if you need to come up a comic strip and can’t draw, go to the The Strip Creator. 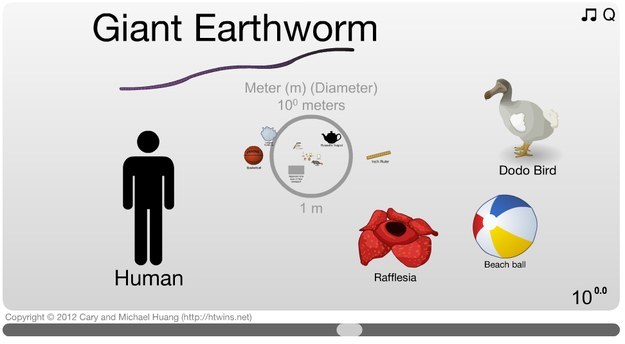 Scale of the universe – htwins.net / Via htwins.net
If you like Cosmos, you’ll love this amazingly simple site that gives you some interactive perspective on the size of the universe.
Amazing websites
~~~~~
Reinventing literary criticism with computers
Big data literary critic Franco Moretti wants to study bad books, preferably without reading them. 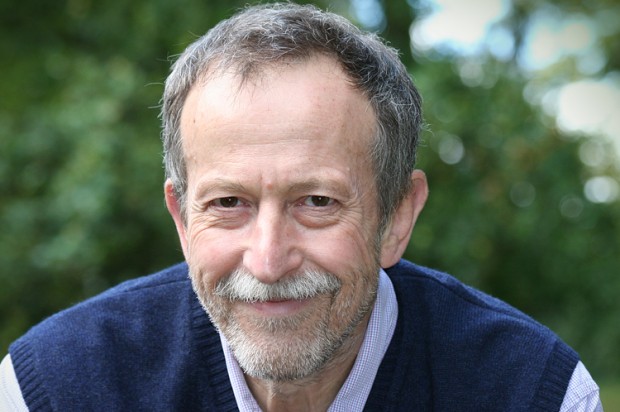 Franco Moretti (Credit: Verso Books)
Laura Miller interviewed him and asked: ...you’re not that interested in studying literary masterpieces. You study literary works in large masses, regardless of whether they’re good or not. You’re not looking at “Middlemarch”; you’re looking at 7,000 mostly mediocre Victorian novels. Why is that interesting to you?
First of all, those novels were there, it’s just that there wasn’t the desire to understand what those 7,000 — or, rather, 6,900, if we don’t count the ones that are still being read today — authors had in mind when they were writing. Why do so many people write things that others don’t like to read in the end? What is going on?
Frank Moretti interview
~~~~~
The golden age of travel
The vintage train and steam ship posters that encouraged Britons to go on holiday – and even buy their Daily Mail while abroad!

Fun in the sun:This Arthur Tranter poster celebrating Torquay was recently discovered and is set to be the star of the exhibition, fetching around £2,500
Travel posters
~~~~~
Why Jane Eyre Is The Most Revolutionary Literary Heroine Of All Time
In honor of Charlotte Brontë’s 198th birthday, Julia Pugachevsky of BuzzFeed gives us 21 reasons.

7. She admitted that she had fallen for Edward Fairfax Rochester, despite her efforts not to.
Jane Eyre, revolutionary literary heroine
~~~~~
Poor Archie Andrews is headed for that great inkwell in the sky
David Fitzsimmons of the Arizona Daily Star gives us a poignant look at the pending death of a beloved comic strip hero.

When Archie Comics announced that Archie will die in the July 16 edition, no one was more saddened than Archie himself, who turned to his friends in the Riverdale High School cafeteria for comfort.
“Hey, Jughead! Have you ever wondered what’s out there, beyond the last cartoon panel?”
“Nope. Are you having an existential crisis, Archie?”
“Gee whiz, Jughead, I don’t know.”
“Archie, you should be happier than Scrooge McDuck. Veronica and Betty are crazy about you!”
“They’re as transparent as Casper. Veronica is a materialistic elitist and middle class Betty is hopelessly bourgeois.”
Goodbye, Archie
~~~~~
36 Of The Most Ironic Moments Ever
Ironic incidents are lurking all around us waiting to be captured on camera, Bored Panda tells us. For example: 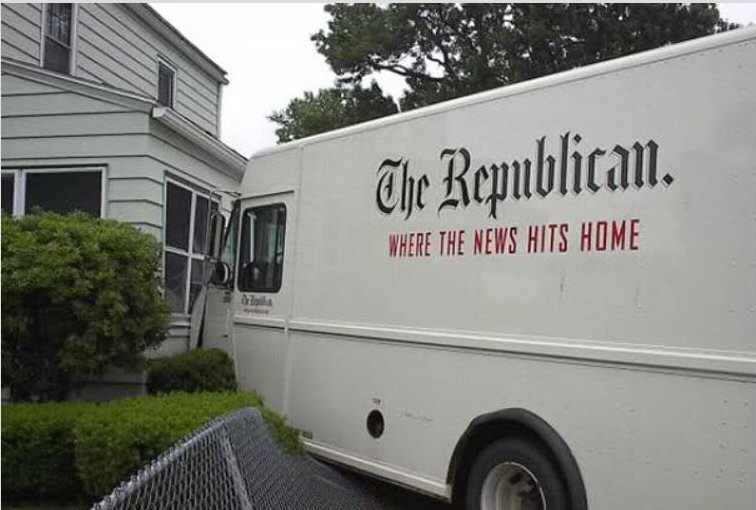 Irony in pictures
~~~~~
Quote of the Day 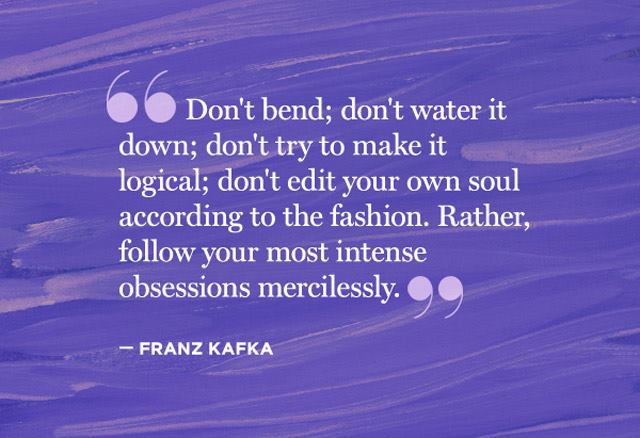