Thea and Tesla save the world

The third book in my Worldweavers series, ‘Cybermage‘, is out and the cover is awesome. 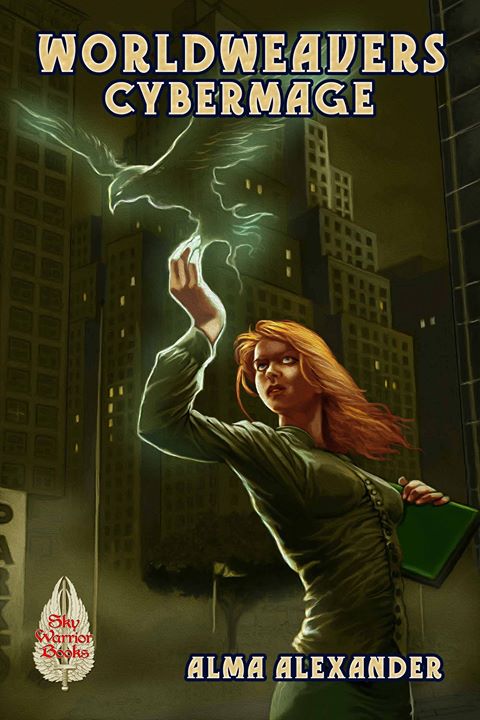 The series, originally published by HarperCollins, is being reissued by Sky Warrior Books. The original series was published as a trology — ‘The Gift of the Unmage’, ‘Spellspam’ and ‘Cybermage’.

I have since written a fourth book, “Dawn of Magic,” for Sky Warriors that nicely wraps up the story arc and it will be out soon. That will be the last…I’m almost positive.
For those who don’t know the series, Worldweavers is the story of Thea Winthrop, an ugly duckling, incapable of casting even the simplest spell. Until …
Well, you can read more about it below.
You can buy the series in bookstores and online. You can buy it at Amazon HERE
More on the Worldweavers series:
In the first book, ‘The Gift of the Unmage,’ Thea meets Grandmother Spider, Coyote and other First World gods and begins to get a glimmer of who she really is. Back home at ‘The Last Ditch School for the Incurably Incompetent’ for those incapable of magic, new friends help her discover her true destiny just in time to save her world from the menace of The Nothing.
In the second book, ‘Spellspam,’ a monstrous mage of incredible power is sending spam that carries magic spells. When something promising a clear complexion gives a girl transparent skin, Thea and her friends realize that they must find the wizard before he can wreak incredible destruction in their world.
In the third book, ‘Cybermage,’ Thea and her friends find a way to break into a cube created by the wizard of the west, Nikola Tesla, and uncover a secret which will change their world forever.
In the fourth book, ‘Dawn of Magic‘, Thea, Tesla and Coyote have to recover the stolen core, the source of all the world’s magic.
Thea Winthrop is American as Harry Potter is British. And the series is frequently compared to Harry:
“For readers suffering withdrawal (from) Harry Potter, this new series might just suffice.” VOYA
“Like the Harry Potter series ….”  Kliatt
“This book does remind me of Harry Potter”  Susan Rappaport
“It will appeal to those who love Harry…”  Teri S. Lesesne
~~~~~
Read the book first!
There are a handful of upcoming films that have us fidgeting in our seats, re-watching trailers or poring over development news on a near-daily basis, Kristin Fritz writes in Word & Film. “Here are seven up-and-comers whose books we’re devouring in the meantime.“ 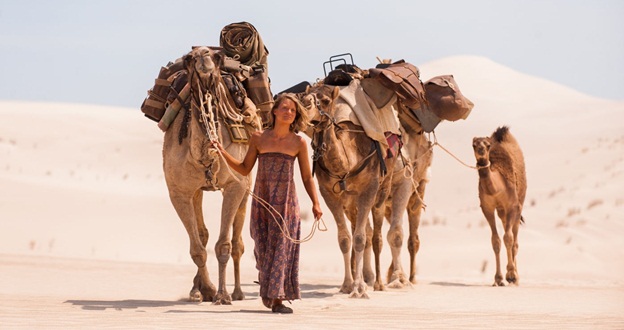 Mia Wasikowska in ‘Tracks’
Tracks by Robyn Davidson
In the mid-1970s, Australian Robyn Davidson moved to a town called Alice Springs. She was in her twenties then, and her intention was to train a few camels and then set out with them across the Outback. What follows is a raw and real telling of strength, drive, fierce independence, and adventure. Her story is inspiring and intimidating, her voice candid and addictive.
The movie, starring Mia Wasikowska of “The Kids Are All Right” and “Jane Eyre” and Adam Driver of “Girls,” is currently making the film festival rounds, but does not yet have a U.S. release date.
Book before the movie
~~~~~
6 Books That Took Forever to Become Movies
While the current box office is positively glutted with remakes, reboots, re-imaginings, and a healthy dose of adapted material, Kate Erbland writes at Mental Floss, not every book is rushed to the silver screen. Some take whole decades to make the jump from page to celluloid, often quite memorably held up in the process. From classic novels to the next big pop culture phenomenon, success as a book doesn’t guarantee a quickie movie version. 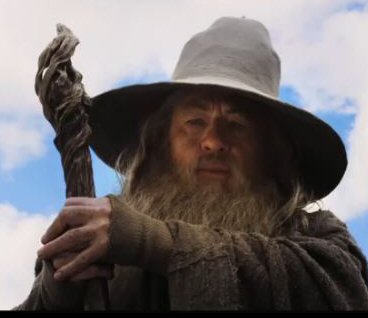 The Hobbit: Book: 1937 // Movie: 2012
J.R.R. Tolkien’s exceedingly beloved fantasy novel has gone through plenty of adaptation cycles, including a 1966 short film comprised of cartoon stills and a 1977 animated version, but the definitive live-action version only hit theaters in 2012. Peter Jackson’s three-part series will wrap up later this year, and the trilogy is a testament to the continued power of Tolkien’s story.
Trailers of long-delayed movies
~~~~~
10 Book Recommendations Based On Your Favorite TV Shows
Have you ever caught yourself sitting in front of the television for hours on end thinking, “Okay, it’s really time for me to read a book”? April Sperry asks in The Huffington Post.
Choose your next read based on your favorite TV show, she suggests. “Stories are stories, no matter what medium they’re displayed in.“
Amen to that. Here are her suggestions. 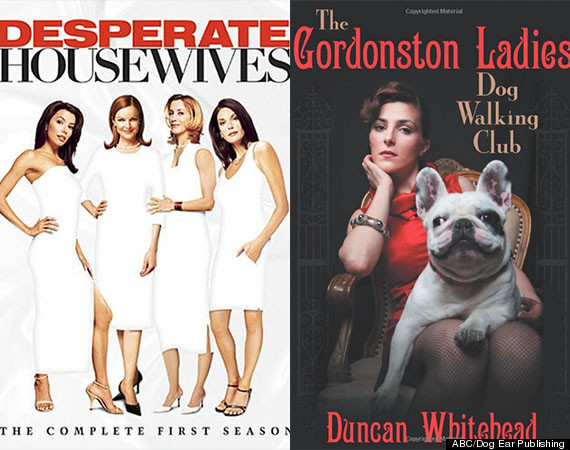 If you watch “Desperate Housewives”, you should read: “The Gordonston Ladies Dog Walking Club”, by Duncan Whitehead. Both are chatty, gossipy tales of suburban communities that are far more dysfunctional than they seem at first glance.
If you watch…
~~~~~
This is something (almost) every women writers thinks about on a daily basis.
‘I don’t want to be a rare successful female writer. I just want to be a successful writer’
More often than not, when you pick up a new book, author Sophia McDougall writes at New Statesman, “it will be by yet another white man, meaning that white and male will be what the next set of Big Names will look like. How can we break out of this self-reinforcing cycle?”

My first book was published and suddenly the experience of entering a bookshop changed, it was no longer so peaceful. For a long time it was just the purely self-centred anxiety of many a writer: do they stock my book? Where is it displayed? If it’s not here, is that bad? But in time I mostly got over that.
But I started to notice something else. I’d started counting.
I think it was 2007. There was a table in a Waterstones, loaded with a particular male crime writer’s favourite crime novels. I glanced at it across the shop. And suddenly I thought “I bet there are no books by women on that table.” So I went over and counted.
I was wrong. There was one. One book out of twenty.
The Staff Picks display at the Waterstones by Charing Cross station. There’s a handful of women. Shame they’re all dead.
The science fiction and fantasy (SFF) table in Foyles. Oh, hi there, Ursula LeGuin. You look lonely.
~~~~~
Quote of the Day
“Learn everything you can, anytime you can, from anyone you can; there will always come a time when you will be grateful you did.” ~ Sarah Caldwell
~~~~~
Alma Alexander
Check out my books
Email me
Comments welcome. What do you think?
—–