What did you learn in your 40s? 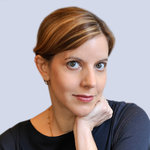 So far in my adult life, I’ve never managed to grasp a decade’s main point until long after it was over. It turns out that I wasn’t supposed to spend my 20s frantically looking for a husband; I should have been building my career and enjoying my last gasp of freedom. I then spent my 30s ruminating on grievances accumulated in my 20s.

…There are no soul mates. Not in the traditional sense, at least. In my 20s someone told me that each person has not one but 30 soul mates walking the earth. (“Yes,” said a colleague, when I informed him of this, “and I’m trying to sleep with all of them.”) In fact, “soul mate” isn’t a pre-existing condition. It’s an earned title. They’re made over time.
…By your 40s, you don’t want to be with the cool people; you want to be with your people.
Life at 44
~~~~~
Surprising Historical Facts That Will Change Your Concept Of Time
Not everyone can be a world history master, especially when we tend to learn about it in specifically segmented classes like “European History” or “American Revolutionary History”, Todd Van Luling writes at The Huffington Post:

Maybe you have an exceptional grasp on the global historical timeline. But for those of us who don’t, the list below, inspired by a recent Reddit thread called “What are two events that took place in the same time in history but don’t seem like they would have?” puts key historical moments into some much-needed context.
For example:
Betty White is older than sliced bread.

Sliced bread was introduced in 1928 by inventor Otto Frederick Rohwedder. Before this moment, bread was sold in whole loaves as bakers didn’t trust sliced bread could stay fresh. Betty White was born in 1922 and spent her early years not eating sliced bread. But White recently celebrated her 92nd birthday, which means she’s been able to experience the first “greatest invention” much longer than most of us.
Older than sliced bread
~~~~~
Philip Roth: My Life as a Writer
In a Sunday Book Review Interview in the NYT, he reflects on his writing, non-writing, and reputation. 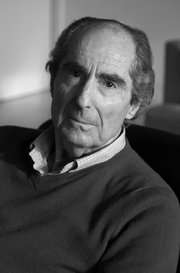 On charges his novels are full of misogyny:
Misogyny, a hatred of women, provides my work with neither a structure, a meaning, a motive, a message, a conviction, a perspective, or a guiding principle.
On male characters in his novels:
As I see it, my focus has never been on masculine power rampant and triumphant but rather on the antithesis: masculine power impaired. I have hardly been singing a paean to male superiority but rather representing manhood stumbling, constricted, humbled, devastated and brought down. I am not a utopian moralist. My intention is to present my fictional men not as they should be but vexed as men are.
Philip Roth in 2012 Credit Fred R. Conrad/The New York Times

Philip Roth looks back
~~~
100 reasons to read
The writers behind the Scholastic Reading Club Blog have collected one hundred reasons to read. Bibliophiles sent in their reasons to participate in the #100ReasonstoRead Give-Away. Ten winners will be selected; each winner receives a prize pack of one hundred books. These libraries were each selected by the Scholastic Book Club staff.
Some of the reasons…
The more you read, the more you know!
Books don’t require batteries!
There is always another book waiting to be read!
To get in touch with our inner superhero.
To imagine what we would do as demigods.
Reasons to read
~~~~~
Quote of the Day
It’s important for little girls to know not every story has to be a love story and for boys to know that soldiers aren’t the only ones to triumph in war. ~ Guillermo Del Toro
~~~~~
Alma Alexander
Check out my books
Email me
Comments welcome. What do you think?
—–