Just what is alternate history?

When I wrote my signature novel, The Secrets of Jin-shei, I considered it a fantasy. It’s roots lie in the world of Imperial China and the secret language of women that then existed, but it is NOT China and I never thought of it as a historical novel or even alternative history.
I called my world Syai and took a lot of liberties with the Chinese culture that inspired and underpinned it. My story even contained a few elements of conventional fantasy.
Readers and reviewers around the world – it’s been published in 13 languages, so far –  see it differently. It has appeared in the history section of some bookstores; some reviewers have called it “historical fantasy”; a few readers fault my “historical research” as though the world of my imagination, Syai, is really China.
You won’t find my book among these listed in the following io9 article by Emily Stamm, but it shares many of the elements that make these stories/worlds so very different from our ‘real’ world.
Take His Majesty’s Dragon by Naomi Novik, for example: 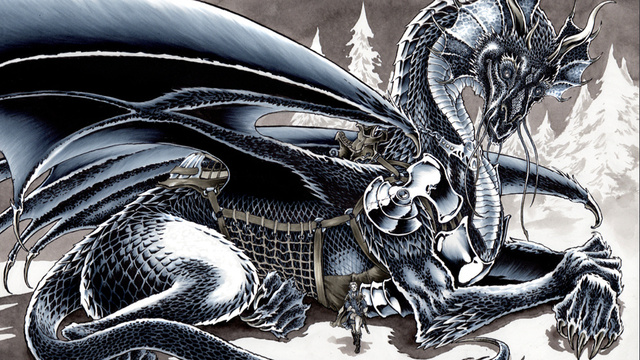 The Napoleonic Wars were full of tales of heroism, adventure, intrigue — and in Naomi Novik’s version, dragons. The intelligent creatures are used in aerial warfare throughout Europe and Asia. His Majesty’s Dragon has all of your favorite Napoleonic battles, including The Battle of Trafalgar, with the added excitement of dragons. Let’s hope this starts a trend.
Check out the other books at the link. And if you haven’t read The Secrets of Jin-shei, give it a try.
Unusual Alternate History Novels
The Secrets of Jin-shei
~~~~~
BTW, if you think there is no magical aspect to the history of the ‘real’ world we live in, consider the following story found at history.com:
Rabbits Unearth Ancient Treasures at English Landmark
Christopher Klein reports that a trove of ancient artifacts dating back 5,000 years has been unearthed at one of England’s top tourist attractions. The find wasn’t discovered by sleuthing archaeologists, however, but a family of burrowing rabbits. 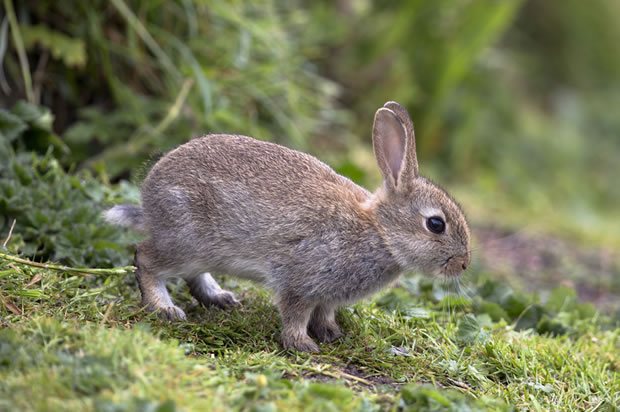 One of the Land’s End “archaeobunnies” (Credit: David Chapman Photography for Land’s End Landmark)
The archaeobunnies
~~~~~
12 Reasons to Stop What You’re Doing and Read a Book
It will make you a smarter, happier, more interesting person, Julie Buntin says in Cosmopolitan. 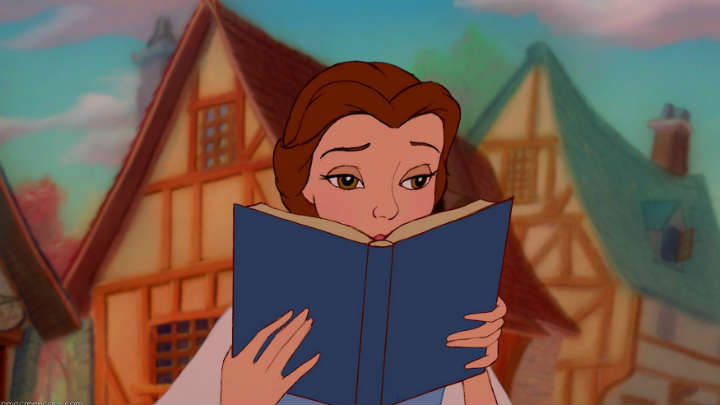 Her reason Number One? It makes you more empathetic.
This is the most important reason of all. In his now-famous Kenyon College commencement address, David Foster Wallace argues that a liberal arts education, the foundation of which requires reading a lot of literature, makes you a kinder, more empathetic person.
When you read, you replace your own life with someone else’s. That is an act of empathy, and empathy is the cornerstone of human connection. Empathy will make you a better friend, a better lover, a better employee, a better sister, a better child — it will make you a better everything.
Read a book
~~~~~ 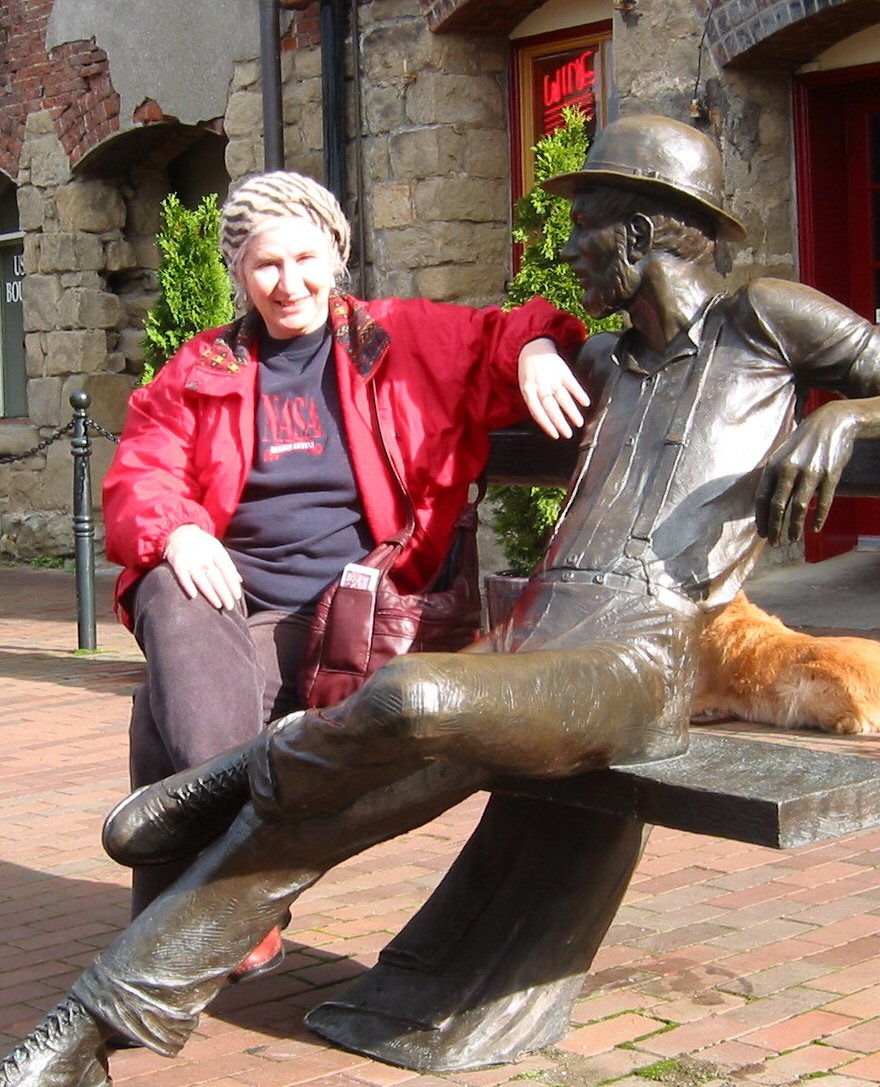 The Duchess of Fantasy and friend
It is always a pleasure to spend a little time with my friend, “Dirty Dan,” the Founder of Fairhaven.
Fairhaven is a lovely little corner of Bellingham, Washington, my hometown, and I sometimes like to sit beside Dan’s bronze statue, draped on one of the benches looking for all the world like he’d just sat down to take a breather. Particularly because our indie bookstore, Village Books, is just behind and to the left of him, and THAT is a place we visit often.
The statue of Dirty Dan, Daniel Jefferson Harris, is laid back, accepting, folksy. The smile-crinkled bronze eyes watch benevolently over the heart of his little kingdom, over toddlers waddling over Fairhaven’s village green, golden retrievers wagging plumed tails on the walkways, white-haired couples wandering by holding hands and discussing poetry, people and their critters living their lives under blue skies.
And he doesn’t appear to mind spending a little time with a visiting author.
~~~~~
The 5 Best Punctuation Marks in Literature 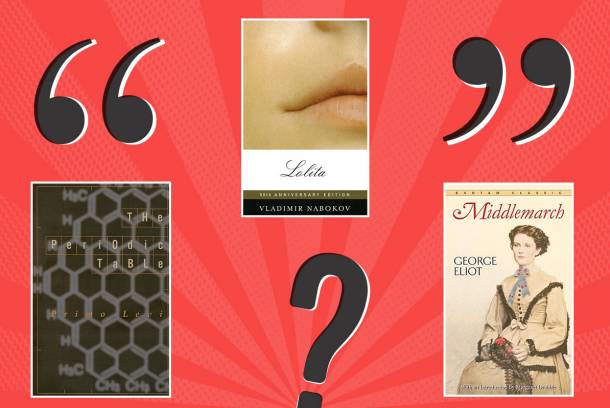 The muse gets all the press, Kathryn Schulz says at Vulture.com, but here’s a fact: Good writing involves obsessing over punctuation marks.
As a rule, the effect of all that obsession is subtle, a kind of pixel-by-pixel accretion of style. Once in a while, though, a bit of punctuation pops its head up over the prose, and over the prosaic, and becomes a part of a tiny but interesting canon: famous punctuation marks in literature.
But what follows is a — well, what follows is a colon, which sets off a list, which contains the most extraordinary examples I could find of the most humble elements of prose:
1. The parentheses in Nabokov’s Lolita
“My very photogenic mother died in a freak accident (picnic, lightning) when I was three…”
The sentence goes on — for 84 more words, eleven commas, one colon, one semicolon, and another set of parentheses. But the reader, like Humbert Humbert’s unlucky mother, stops dead. Nabokov is a daredevil writer, and often a florid one, but what he shows off here is unbestable economy. Like the lightning inside it, this parenthetical aside is swift, staggering, and brilliant. It is also Lolita (and Humbert) in miniature: terrific panache containing terrible darkness.
Obsessing over punctuation
~~~~~
Quote of the Day 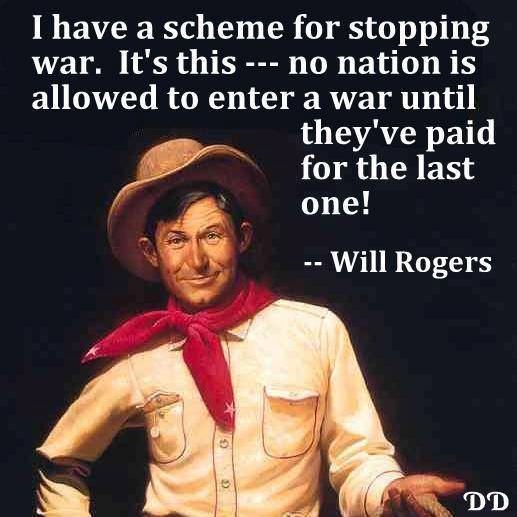 ~~~~~
Alma Alexander
Check out my books
Email me
Comments welcome: What do you think?
—–

2 thoughts on “Just what is alternate history?”