In the House of Books 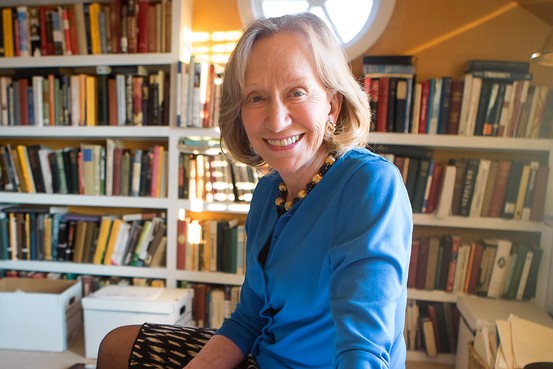 Doris Kearns Goodwin in her study. (Bryce Vickmark for The Wall Street Journal)
Twenty years after my husband and I moved to Concord, Mass., we ran out of book space. So in 1998, we bought a larger home nearby, and today it’s a house of books—about 20,000 in all.
Part of the reason Dick and I bought the house was … we saw the spaces as expansions for our books. We also loved the home’s layout. When you enter the house, there’s a reading room on the right with a fireplace. In front of you is a hallway that leads to the kitchen, dining room and the home’s great room. Upstairs there are three bedrooms and a study. 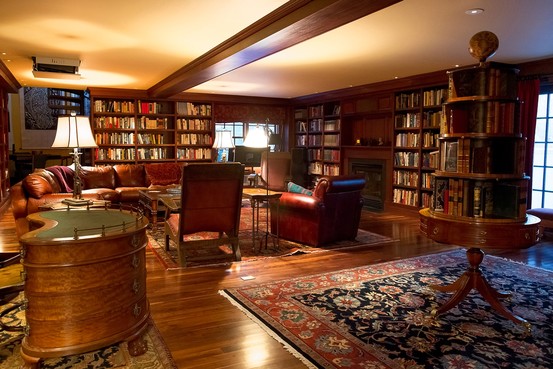 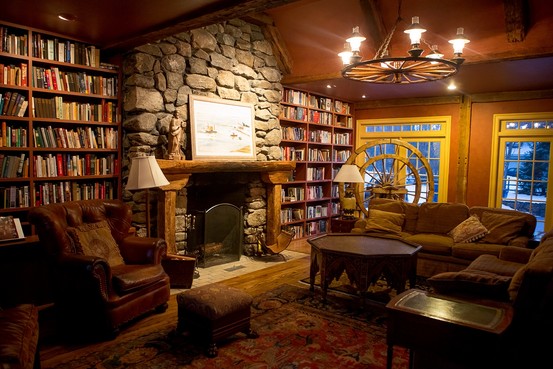 The great room. (Bryce Vickmark, The Wall Street Journal)
We refer to our rooms based on the books we keep there: the fiction room, the sports room, the biography room and so on. As writers, we have a terrible time letting go of books.
House of Books
~~~~~
Seeing with Your Whole Body
One day, as artist/sculpture Jane Rosen stepped out of her house on a California ranch, she saw a red-tailed hawk soaring above her, Richard Whittaker writes at Daily Good, “and I heard these words: ‘Tell my story’.”
To do that, she has had to learn to really see, to see with much more than her eyes.
“I’m not saying it doesn’t include the eyes…(but) when I’m looking at a bird or an animal, especially when I’m drawing it, the key is the shift in cognition where—and I know when it happens, I can sense it. ”
“Are you talking about drawing?“
“I’m talking about life.”

Interview with an artist

~~~~~
The wishing trees
At First, It Looks Like A Normal Old Tree. But Look Closer… It’s Where Dreams Are Made.
They say money doesn’t grow on trees, but I’m willing to guess that “they” never saw these kinds of trees before. Look closely at these trunks. Do they look a little strange to you? They should. 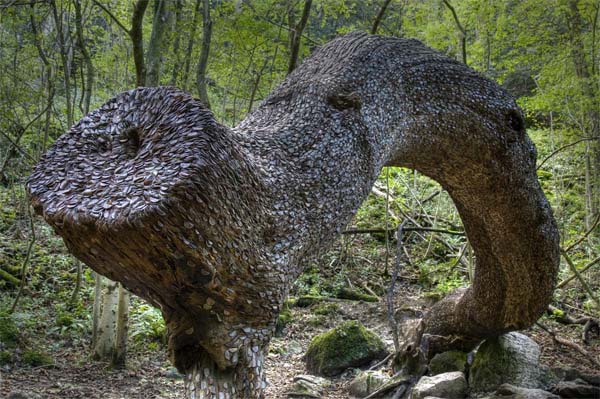 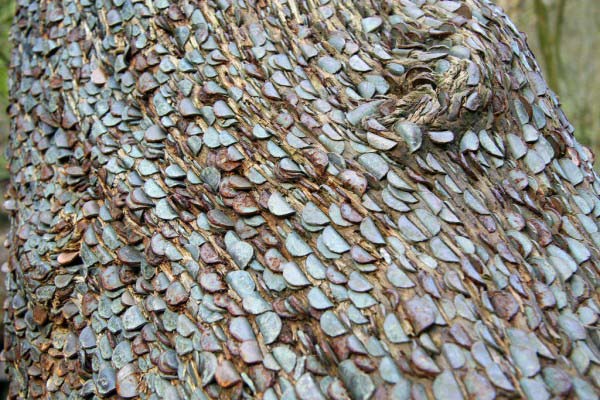 Flickr / Paul Morriss
According to the BBC, in the 1700s, the Scottish people would sometimes hammer florins into a tree as an offering, hoping to take away sickness.
Wishing trees
~~~~~
Writing Lesson
A handy chart from Writers Write on a very common problem

Substitute ‘damn’ every time you’re inclined to write ‘very;’ your editor will delete it and the writing will be just as it should be. ~Mark Twain 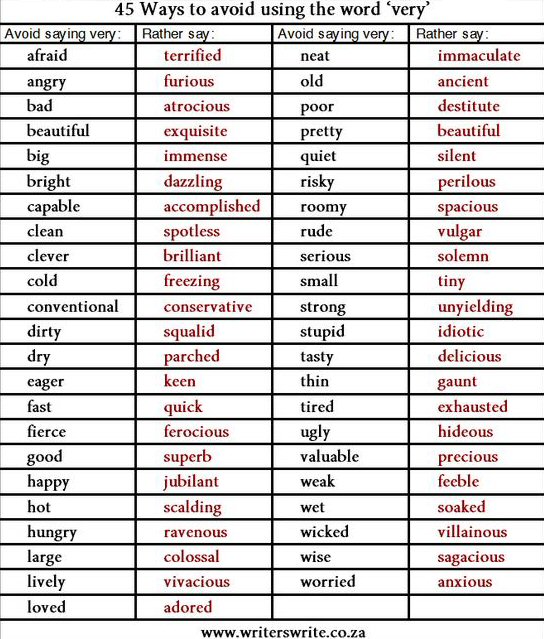 ~~~~~
33 Tips to Being a Better Writer
James Altucher has a bunch of rules, some of them very unusual rules. Take the first one, for example:
Write whatever you want. Then take out the first paragraph and last paragraph. Here’s the funny thing about this rule. It’s sort of like knowing the future. You still can’t change it. In other words, even if you know this rule and write the article, the article will still be better if you take out the first paragraph and the last paragraph.
Another: Break the laws of physics. There’s no time in text. Nothing has to go in order. Don’t make it nonsense. But don’t be beholden to the laws of physics.
I know that he has at least some of the right stuff because of another one of his rules: 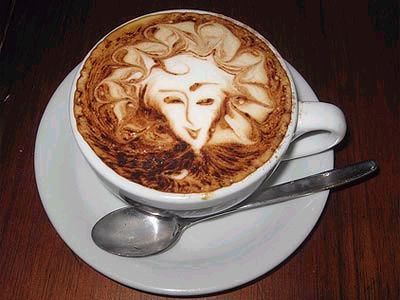 Coffee. I go through three cups at least before I even begin to write. No coffee, no creativity.
Unusual writing tips
~~~~~
Quote of the Day
“Part of doing something is listening. We are listening. To the sun. To the stars. To the wind.” —Madeleine L’Engle
~~~~~
Alma Alexander
Check out my books
Email me
Comments welcome
—–