ink-splotch asks: Can we talk about Susan’s fabulous adventures after Narnia? 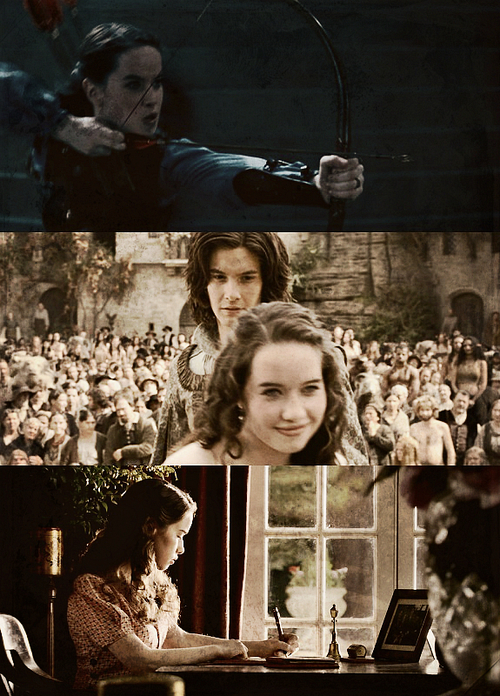 The ones where she wears nylons and elegant blouses when she wants to, and short skirts and bright lipstick when she wants to, and hiking boots and tough jeans and big men’s plaid shirts when she feels like backpacking out into the mountains and remembering what it was to be lost in a world full of terrific beauty— I know her siblings say she stops talking about it, that Susan walks away from the memories of Narnia, but I don’t think she ever really forgot.
…..
A lion told her to walk away, and she did. He forbade her magic, he forbade her her own kingdom, so she made her own. Susan Pevensie did not lose faith. She found it.
After Narnia
—–
Kelly Barnhill on “Feminism, Anti-Feminism, and the Things That Mystify Me”

I wrote a post about a children’s movie with some pretty gross lady-hating themes, and I’ve managed to catch heck for it. There are people who are seriously mad at me for pointing out that the movie was, in addition to being a crappily-animated, source-text-destroying, dreckish disaster of a movie – it was also grossly antifeminist.
The most troubling statements are the ones that suggest that I, as a children’s author, have no right to call myself a feminist. … There is a special kind of venom for the feminism.
The curious thing for me, though, is the sense of ownership. I write children’s books. I tweet. I keep this blog. … I get notes from readers – both men and women – saying … please keep your feminism to yourself. “No one cares about your politics,” one woman wrote me. “The next time you want to air your grievances, just keep your yap shut.”
Apparently, for both children and children’s authors, silence is golden. Or maybe it’s not authors. Maybe it’s women. Maybe women saying things online makes us itchy. Or maybe women saying things at all.
On anti-feminism
—–
How Educated Girls Could Save The World
For many, many girls around the globe education ia just a dream they must fight for every day, Melissa McGlensey reports on the Ms Blog.
And education is vital. Take child marriage, for example. Girls with secondary education are 6 times less likely to be married as children, and if all girls had a secondary education there would be two-thirds fewer child marriages. And in developing countries, the #1 cause of death for girls 15-19 is childbirth. Maternal deaths would be reduced by two-thirds if each mother completed primary education.
Recently, Ms. Blog sat down for a conversation with young rural women in South Africa who are part of a mentorship program for talented, disadvantaged youth. These young women were eloquent and enthusiastic testaments to the power of educating girls. 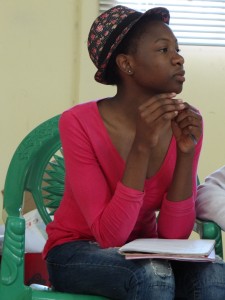 Zinzi
Zinzi: If I hadn’t joined Imagine Scholar, I think I would’ve been pregnant by now. I had bad friends and they would pressure me to do bad stuff and I would usually fall into their traps. I was really that dumb to believe them. (This program) made me view myself as a woman and say This is what I want to be. I took ownership of my life, became the independent woman I want to be and with that I can go places, because I’m me, I’m a woman and I believe that I can still be that leader that I want to be.
Educating girls
—–
Oh, when did we stop looking up to the sky and dreaming about the future…?
The Loneliness of the Long-Abandoned Space Observatory
Space observatories are among some of the most magnificent buildings devoted entirely to science — because their windows look out on the universe, Vincze Miklós on io9. And their distinctive shape makes them into poignant ruins. Here are some observatories whose views onto space have been lost to time. 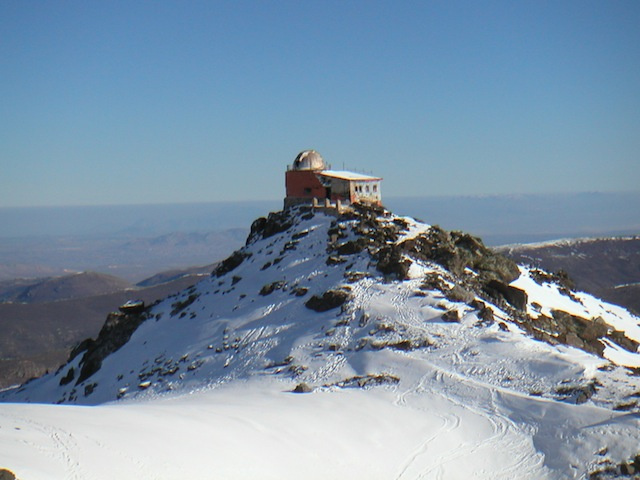 The Mohon del Trigo, built in 1902 in the Sierra Nevada, Andalucia, Spain. Abandoned since the 1970s
Abandoned observatories
—–
All The Things That Are Wrong With Your Screenplay In One Handy Infographic

Joe Berkowitz at Co.Create tells us about an anonymous professional scriptreader who read 300 screenplays for five different studios, all the while tracking the many recurring problems. The infographic he made with the collected data offers a glimpse at where screenwriting goes wrong.
Many of the actual issues they list on these slides are pretty much things that plague many, if not most of, beginner manuscripts of any ilk, not just screenplays as such.
Beginner writers often begin before the beginning (or too late after it) and don’t know when they’ve reached the end so they carry on writing long after their story is complete.
But all that… is after you get past the first slides. the ones showing the discrepancy between male and female WRITERS. And then the ones showing the discrepancy between male and female PROTAGONISTS. We have to start somewhere. Why not here? Write for humanity, not just the half of it with testosterone. We’ll all be better off.
Your screenplay has problems
—–
I’ll go see it, gritting my teeth. I want to see the barrel escape brought to life. I want to see the dragon. But I am under no illusions that I will be seeing something called “The Hobbit”. Because that… that just isn’t there. Sigh.
The Hobbit, as written by Peter Jackson
In ‘The Desolation of Smaug’, Jackson leaves Tolkien behind, Andrew O’Hehir says in Salon.
“His middle chapter features Elvish girl-power, a love triangle and other made-up stuff. But it’s fun. Jackson has now departed so far from Tolkien’s “Hobbit” that the original work is still there, essentially untouched, for those weirdos who want it. In exchange we get a movie fueled by bunny-power, sparrow poop and Elfland’s original riot-grrl. Take it or leave it.”
The Hobbit?
—–
When Salinger Spoke Out: A Rare 1959 Public Letter Against Life in Prison

Lost in all the controversy around J.D. Salinger this year, Nicolaus Mills writes at the Daily Beast, was the few times he chose to take a public stance as in this 1959 letter against life imprisonment without parole.
2013 has been a year that the late J. D. Salinger would have hated. With the highly publicized release of Shane Salerno’s documentary film, Salinger, a companion book by Salerno and David Shields, and three unpublished stories leaking, Salinger’s life has been subjected to the kind of scrutiny he did his best to avoid once he became a well-known author.
But Salinger did not always think it essential to keep his personal views to himself.
Salinger on life imprisonment
—–
Quote of the Day
“You are not a drop in the ocean. You are the entire ocean in a drop.” ~ Rumi
—–
Alma Alexander
Check out my books
Email me:
—–